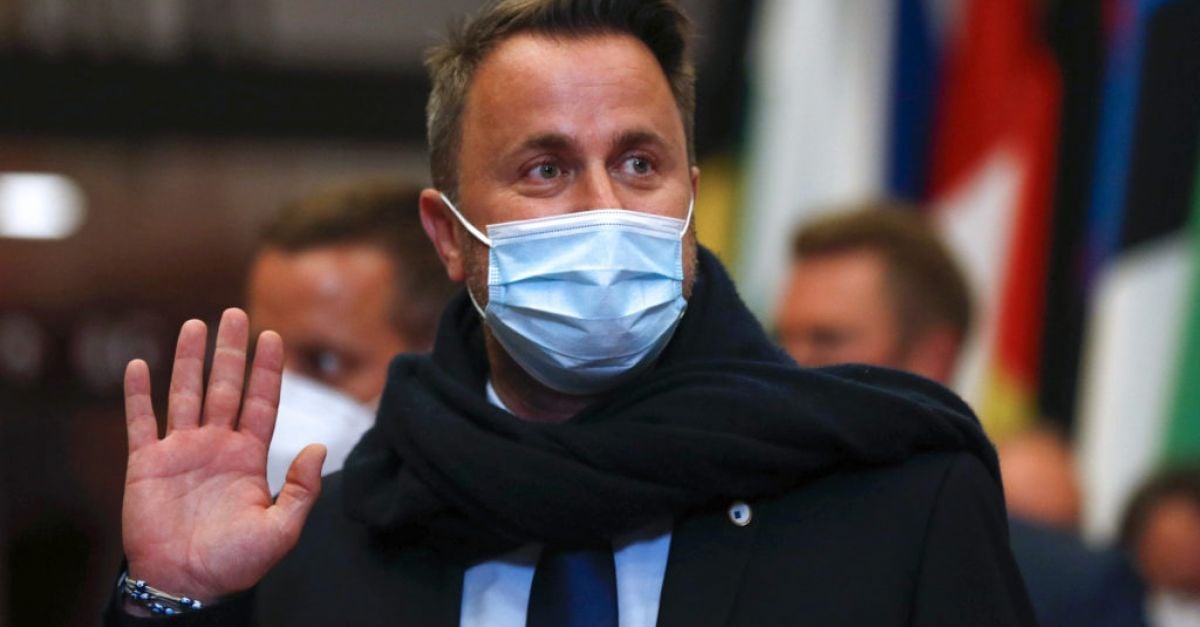 Luxembourg prime minister Xavier Bettel is in a “serious but stable” condition and will remain in the hospital for up to four more days after he was unable to shake a bout of Covid-19 that developed over a week ago, the government said.

In a statement, it added that the running of state affairs will be taken over by finance minister Pierre Gramegna in the meantime, even if Mr Bettel still coordinates some work remotely.

Mr Bettel, 48, was diagnosed with insufficient oxygen saturation, forcing him to remain under medical observation since the weekend.

He was also suffering from other coronavirus symptoms including coughing, headaches and a fever.

“The medical state of the prime minister is considered serious but stable,” the government said.

Since he self-isolated last week, Mr Bettel has continued to work remotely and through video conferences.

He was taken in for 24 hours of testing and medical analysis on Sunday and those tests continued Monday afternoon.

“In the meantime, rest and take good care of yourself.”

Mr Bettel announced his positive test just after he had attended an European Union summit with 26 other leaders from the bloc for two days.

At first he experienced only mild symptoms.

But on Sunday, he had to be taken to hospital.

Mr Bettel had received one Covid-19 vaccine dose in May and had been scheduled to get his second AstraZeneca jab on July 1.

“It was unfortunate that he tested positive just before that,” the official said.

EU summit organisers said they were confident that all virus precaution measures had been strictly adhered to during the two-day meeting.

So far, no other EU leader has said he or she tested positive.

EU leaders have been grappling with the dangers of transmitting the virus during one of their many meetings for over a year now.

Most of their summits have been held through videoconferences and only when essential issues were dealt with that needed long in-person negotiations did the leaders convene at EU headquarters in Brussels.

Last summer, a four-day summit on the EU budget and Covid-19 recovery plans was held at the Europa building, but with maximum social distancing and many meetings outside.

The two-day summit that ended 10 days ago dealt with a series of pressing issues, but much of the focus fell on a tussle between Hungary and many other EU nations on LGBT issues.

Mr Bettel, who is married to a man, took centre stage in defending the rights of LGBT people.