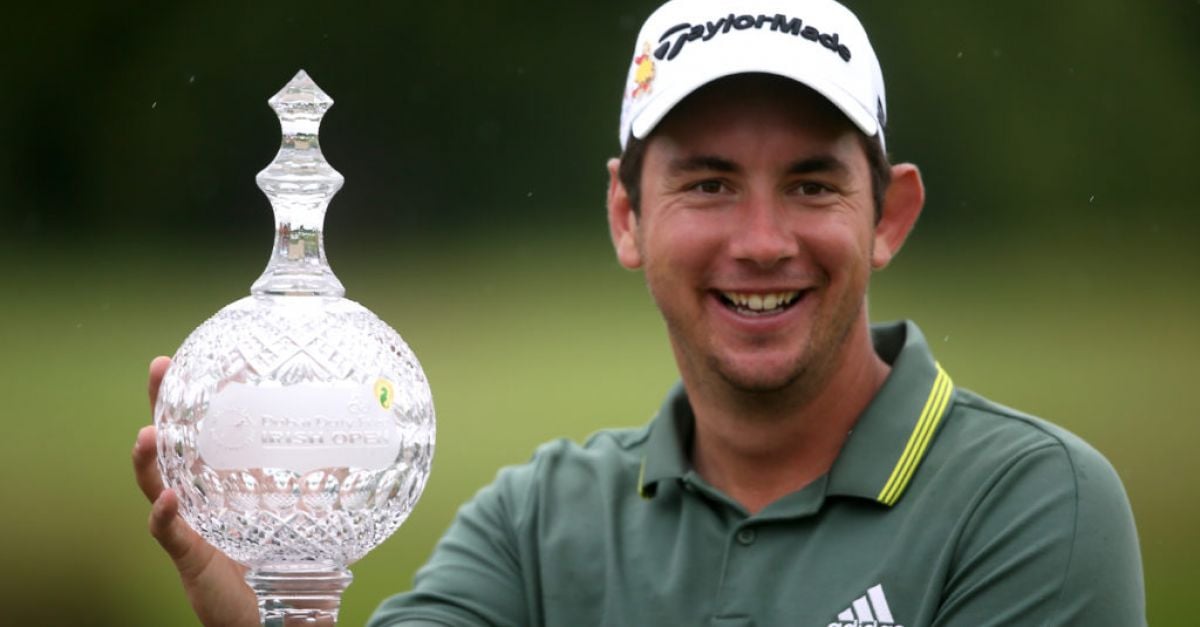 Herbert took a one-shot lead into the final round at Mount Juliet and carded a closing 68 to finish on 19 under par, three shots clear of Sweden’s Rikard Karlberg.

The victory secured Herbert a place in the Open Championship at Royal St George’s, with Karlberg – who chipped in on the 18th for his third birdie in the last four holes – and third-placed American Johannes Veerman claiming the other two places on offer.

“It’s an unbelievable feeling,” Herbert said. “I felt like I was at one of my low points in my life when I played the Irish Open at Lahinch two years ago.

“It was my first full season on Tour and I really wasn’t enjoying my life out on the road and at the end of that week was pretty much questioning if this was the career that I wanted to do.

“I’d never played full-time on Tour and being away from home so much I think that was the first taste of reality, and I don’t know that I really enjoyed it that much at the time.

“The people around me that were looking after me the most, I wasn’t treating them the way I probably should have. I finished out that year and then had to make some tough decisions in my life as to whether this was what I wanted to do.

“There’s no better feeling than coming off that 18th green on Sunday having a good result under your belt and I just felt like I didn’t want to sit there at 30, 35, 40 and having hung up the clubs and being one of those guys that sits at the bar and goes ‘That could have been me.’

“That Irish Open was probably the low point and for it to come full circle now and be holding this trophy, it’s really special.”

Birdies on the second and third had extended Herbert’s overnight lead to three shots, but the 25-year-old then bogeyed the fifth and did well to scramble for par on the seventh and eighth after wild tee shots into the trees.

Francesco Laporta’s sixth birdie in a row on the 10th briefly took him into a share of the lead and although Herbert birdied the same hole to edge back in front, birdies on the 10th and 14th lifted Veerman alongside Herbert on 17 under.

He gets out of those two holes dropping just the one shot though.#DDFIrishOpen pic.twitter.com/mzjLLfIamz

However, Veerman then surprisingly hit an iron off the tee on the short par-four 15th and could only make par, while Herbert smashed his drive into a greenside bunker and got up and down for birdie.

Veerman’s bogey on the 16th gave Herbert some welcome breathing space and a birdie on the 17th effectively sealed the win.

Karlberg’s brilliant finish saw him snatch second place from Veerman, who bogeyed the last, with Laporta and Scotland’s Grant Forrest part of a five-way tie for fourth after both made costly double bogeys on the 18th.

Shane Lowry will head into the defence of his Open title on a high after carding a closing 66, but four-time major winner Rory McIlroy admitted he needs to work “pretty hard” on his game before and during the Scottish Open after weekend rounds of 73 and 74 left him in tie for 59th.