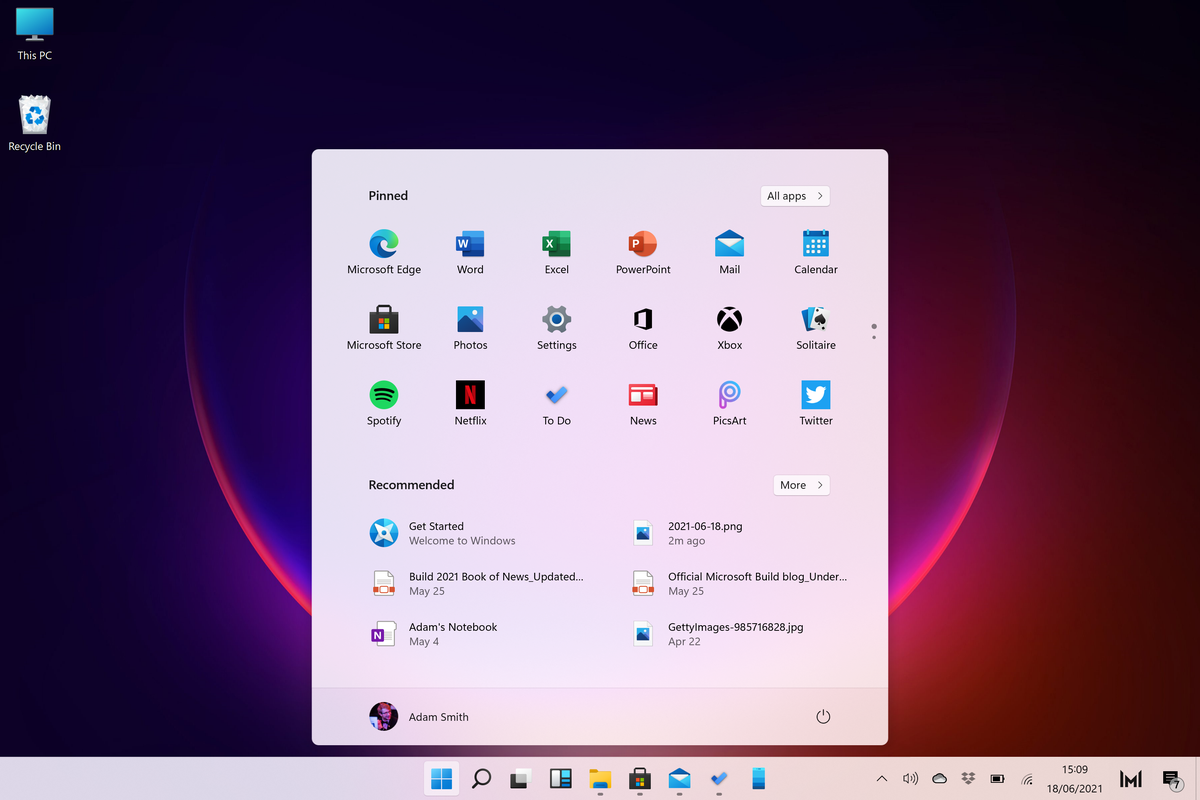 Microsoft is set to announce its new operating system, Windows 11, tomorrow. CEO Satya Nadella said that the “most significant updates of Windows of the past decade”, bring with it new icon designs for system services as well as Microsoft’s range of Mail, Calendar, music and video apps.

But despite what appears to be a major overhaul of the look and functioning of the system, there are still parts of the software that have been hidden there for decades, even amid all those new features.

The most obvious new visual change is a new Start Menu – centred by default in the middle of the task bar – the replacement of Live Tiles with quick access to apps, a new search function, and Widgets.

An early build of the new operating system leaked earlier this week – revealing with it why it is just so necessary for Microsoft to update its platform. Windows 11 still has features and menus that date back to Windows 95, and although the company has updated many of them to include icons with rounded corners and a smoother aesthetic, evidence of the company’s older conventions are notably visible.

Starting from the most recent additions, the new Windows 11 features were rolled out this year, as part of the company’s codenamed “Sun Valley” design initiative; but dive into the Windows Store and users will find the design Microsoft introduced in 2015, reminiscent of the Xbox One dashboard.

Microsoft is reportedly building a new Windows Store app, in an attempt to revitalise it for developers and users alike, but it remains to be seen exactly what that will look like.

Clicking the bottom right corner of the screen brings up a quick setting menu, which was first introduced in 2012 with Windows 8, where Microsoft attempted to synergise traditional keyboard-and-mouse computers with touch-screen interfaces – to mass criticism.

Paint, meanwhile, features “Fluent UI” (where toolbars are placed on several tabs, like a quick-access toolbar) that uses the ‘ribbon’ design language that Microsoft made its main aesthetic in 2009. The same influences can be seen with Windows Media Player 12, not updated since Windows 7.

The footprint of previous Microsoft operating systems goes even further, however, as the Control Panel – separate to the Uninstall Programs button in the main Settings app – still has the same, albeit sleeker, layout as it did when introduced in 2001 with Windows XP, and it is still possible, in some Sound settings, to see the legacy of Windows 95.

While many users might prefer a unified design language, and it is rumoured one is coming with new Settings apps and other updates, it is unclear if Microsoft will do so. The company still maintains nearly 75 per cent of worldwide operating systems, with many of those computers using specialist software for specific businesses.

Three years ago, when the WannaCry attack crippled NHS computers, it was reported that 90 per cent of all the machines ran Windows XP – which Microsoft cut support for in 2014. Although Windows 10 was touted as the ‘last version of Windows’, Microsoft still had to maintain all of the old code for people and companies using legacy programs that could not be updated.

Whether this changes with Windows 11 remains to be seen, but Microsoft will be unveiling the next version of the operating system on 24 June, with The Independent covering the announcement as it happens.