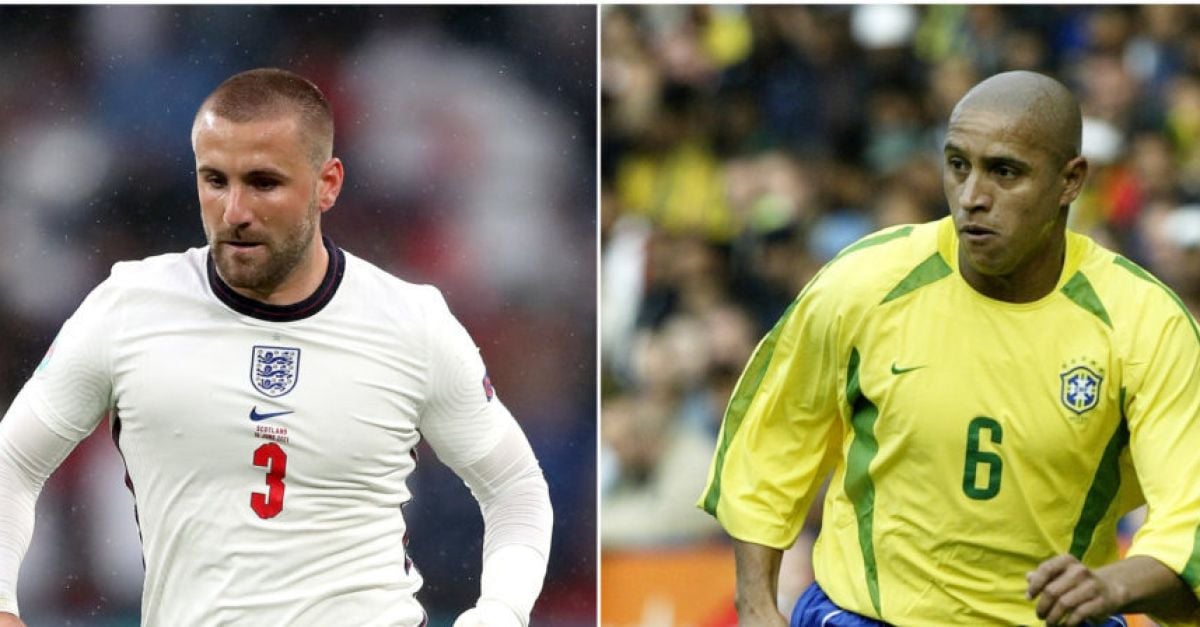 Roberto Carlos has been impressed by England left-back Luke Shaw, with the Brazil great saying he has everything it takes to go to the top.

Fresh from his best season in a Manchester United shirt, the 25-year-old has caught the eye during the England’s run to Wednesday’s Euro 2020 semi-final against Denmark.

Shaw shone in the 4-0 quarter-final triumph against Ukraine in Rome, where he provided two assists in a complete display that led the nickname ‘Shawberto Carlos’ to gain traction on social media.

Even captain Harry Kane referred to him by the moniker after a match when his performance impressed ex-Brazil star Carlos, who put applause emojis in the comments of Shaw’s Instagram post after the comprehensive victory.

“He’s really improving, his performance against Ukraine was very good.

“He’s been an important part of this English team, along with all the others.

“He’s been improving each game and I think he’s got everything to get to the top. He’s the left-back for England, that in itself says a lot.”

Asked if he sees similarities between his game and the England left-back, Carlos said ahead of the semi-final against Denmark: “I don’t like comparing.

“It’s two completely different periods in football. I had my time and now he’s having his.

“Similarities I think could be that he has strength and the desire to win, just like I did.”

Carlos will be joining Shaw in Manchester in the coming months as the former Real Madrid left-back has signed up to play in Soccer Aid for UNICEF at the Etihad Stadium.

The money from this year’s game will help the charity fightback against Covid-19 by helping to deliver two billion vaccines worldwide.

Carlos said: “I’m always excited to play in Soccer Aid for UNICEF. It’s great to see everyone, we have a good time and it’s for a good cause, which makes it even better.”