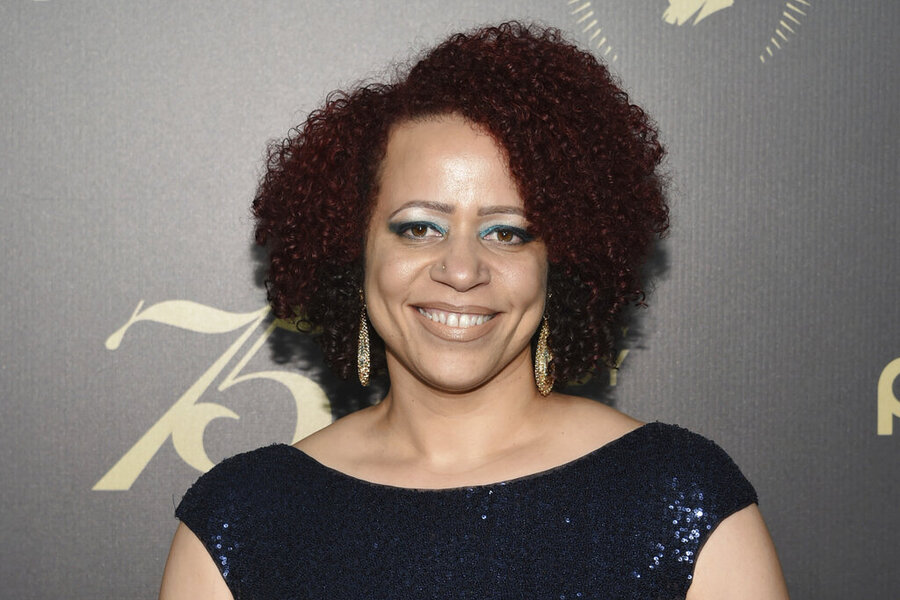 Investigative journalist Nikole Hannah-Jones says she will not teach at the University of North Carolina at Chapel Hill following an extended fight over tenure there, and instead will take a tenured position at Howard University.

UNC initially offered Ms. Hannah-Jones a job without tenure after a board member challenged her teaching credentials, provoking weeks of tension. The trustees ultimately approved tenure last week, voting 9-4 to accept her application at a special meeting with a closed-door session that sparked a protest by her supporters.

The whole situation was too much, Ms. Hannah-Jones said as she announced her decision Tuesday on “CBS This Morning.” She called it “a very difficult decision, not a decision I wanted to make.”

But ultimately, she said UNC’s treatment led her to instead take the Knight Chair in Race and Investigative Journalism at Howard, a historically Black university in Washington, D.C.

“To be denied it [tenure] to only have that vote occur on the last possible day, at the last possible moment, after threat of legal action, after weeks of protest, after it became a national scandal, it’s just not something that I want anymore,” she said.

Howard, meanwhile, scored a double-barreled recruiting coup in hiring both Ms. Hannah-Jones and Ta-Nehisi Coates, who won a National Book Award for “Between the World and Me,” which explores violence against Black people and white supremacy in America. Both have been given MacArthur “genius” grants for their writings.

Their appointments are being supported by nearly $20 million donated by the Knight Foundation, the John D. and Catherine T. MacArthur Foundation, and the Ford Foundation, as well as by an anonymous donor, to support Howard’s continued education of and investment in Black journalists, the university said.

“It is my pleasure to welcome to Howard two of today’s most respected and influential journalists,” Howard President Wayne A. I. Frederick said in a news release. “At such a critical time for race relations in our country, it is vital that we understand the role of journalism in steering our national conversation and social progress.”

Mr. Coates celebrated his return to Howard, which is his alma mater.

UNC had announced in April that Ms. Hannah-Jones – who won the Pulitzer Prize for her work on The New York Times Magazine’s 1619 Project focusing on America’s history of slavery – would be joining the journalism school’s faculty. It said she would take up the Knight Chair in Race and Investigative Journalism at UNC in July with a five-year contract.

But Ms. Hannah-Jones’ attorneys announced in late June that she would not report for work without tenure.

Earlier this year, Hannah-Jones’ tenure application was halted because she did not come from a “traditional academic-type background,” and trustee Charles Duckett, who vets lifetime appointments, wanted more time to consider her qualifications, university leaders said. When the vote was taken Wednesday, Mr. Duckett voted to approve her tenure application.

The previous decision by trustees to halt Hannah-Jones’ tenure submission sparked a torrent of criticism. It also laid bare a depth of frustration over what critics decried as the school’s failure to answer longstanding concerns about the treatment of Black faculty, staff, and students. Those feelings came to the surface during the board of trustees meeting when students came face-to-face with board members and reiterated the problems they feel have been neglected.

Ms. Hannah-Jones cited political interference by conservatives because of her work on The 1619 Project. She also noted the influence of a “powerful donor” to the journalism school, a reference to Arkansas newspaper publisher Walter Hussman, who revealed that he had emailed university leaders challenging her work as “highly contentious and highly controversial” before the process was halted.

“I went through the official tenure process. My peers in academia said that I was deserving of tenure. These board members are political appointees who decided that I wasn’t,” Hannah-Jones said.

She noted that UNC-Chapel Hill is her alma mater.

On going to Howard instead, she referred to her childhood during which she was bused to white schools:

“I spent my entire life proving that I belonged in elite white spaces that were not built for Black people. I got a lot of clarity through what happened with the University of North Carolina. I decided I didn’t want to do that anymore.”