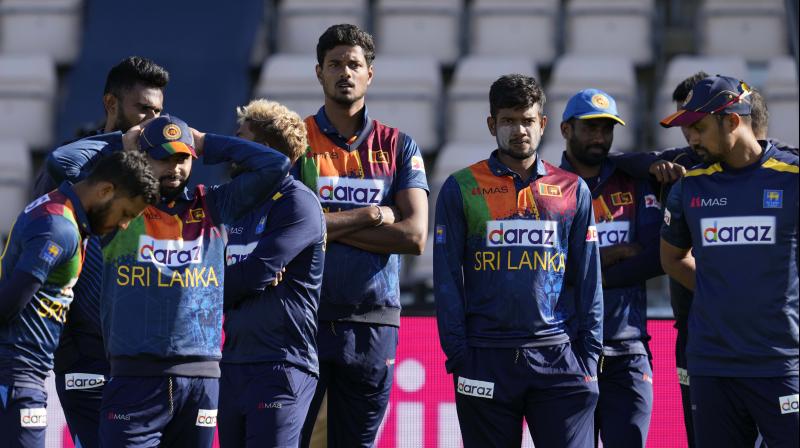 Colombo: Nothing is going right for the visiting Sri Lankan team.

Sri Lanka set a new albeit unwanted world record following Thursday's defeat against England in the ongoing ODI series. The team has surpassed the highest number of defeats (428) in the ODI format, beating the earlier record shared with the Indian team.

Both India and Sri Lana started playing ODIs in 1975.

According to Anura Tennekoon, who has been the first ODI captain, the Sri Lankan team should work hard to improve their performance.

Speaking exclusively over the telephone from Colombo on Friday, he said, "If we have surpassed India in the number of ODI defeats it shows India also struggled in the past and now have improved to become a good ODI team".

"Sri Lanka could take a lesson from India and work hard at their game improve skills in all aspects of the game and get back to winning ways".

Interestingly, the last ODI defeat suffered by the Sri Lankan team was the first on July 1.

Before this, the team had never lost an ODI on July 1. Infact, they've beaten England twice on July 1, in 2006 and 2011. Few members of their teams in 2006 and 2011 are now in England. Chaminda Vaas is a fast-bowling coach and Sanga was on commentary duty as recently in the World Test Championship final.