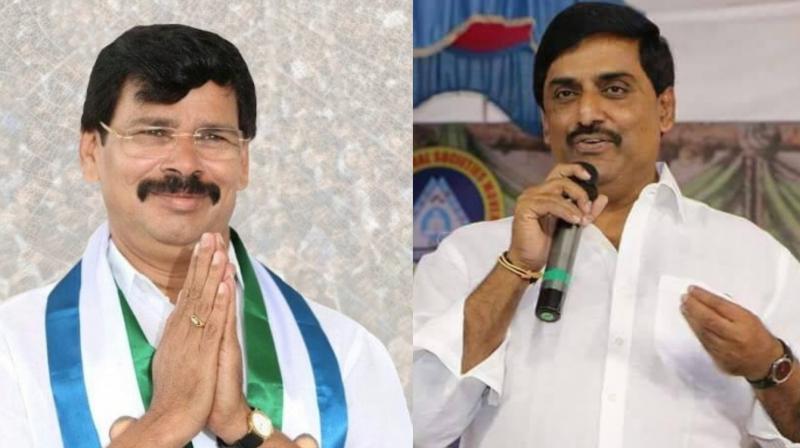 TIRUPATI: Ruling and Opposition leaders are engaged in a blame game over the massive land grabs in Pileru constituency of Chittoor district.

He said YSRC leaders are illegally occupying hundreds of acres of government land – worth Rs 400 crore in areas adjacent to the highways in this constituency.

The Pileru MLA denied any wrongdoing by himself and his party MLAs. He instead accused Nallari Kishore’s family and his associates of being involved in several land scams and buying landed properties with hundreds of crores in major cities in the southern states with money made through foul means during the Congress and TD terms in government.

Two days ago, Kishore held a media meet and disclosed some survey numbers and names of the places in and around Pileru. He said YSRC leaders had encroached valuable lands in Doddipalli, Erraguntapalli, Bodumalluvaripalle, Gooda Revupalli and Mudupula Vemula villages, adjacent to national highways connecting Hyderabad, Chennai, Tirupati and Madanapalle.

Kishore said some lay-outs belonging to the government are also being sold illegally at the behest of the YSRC legislators of the region. He said he would soon release survey numbers of the encroached lands in the district. The grab of government land by YSRC leaders has spread to Madanapalle and many other areas too, he said, and accused the local authorities of ignoring his complaints to them with all the details.

He called for a judicial inquiry into the land scams and said that he will approach the court soon.

Piler MLA Ramachandra Reddy challenged Kishore to prove the allegations. “We are ready for a public debate on the alleged land scams,” he said.

“Nallari Kishore Kumar Reddy, the in-charge of TD in Pileru, is a politician. The allegations he made are untrue. Nallari Kishore is the one who looted hundreds of crores of rupees by resorting to irregularities in Pileru and other areas when his brother Kiran Kumar Reddy was chief minister,” he said.