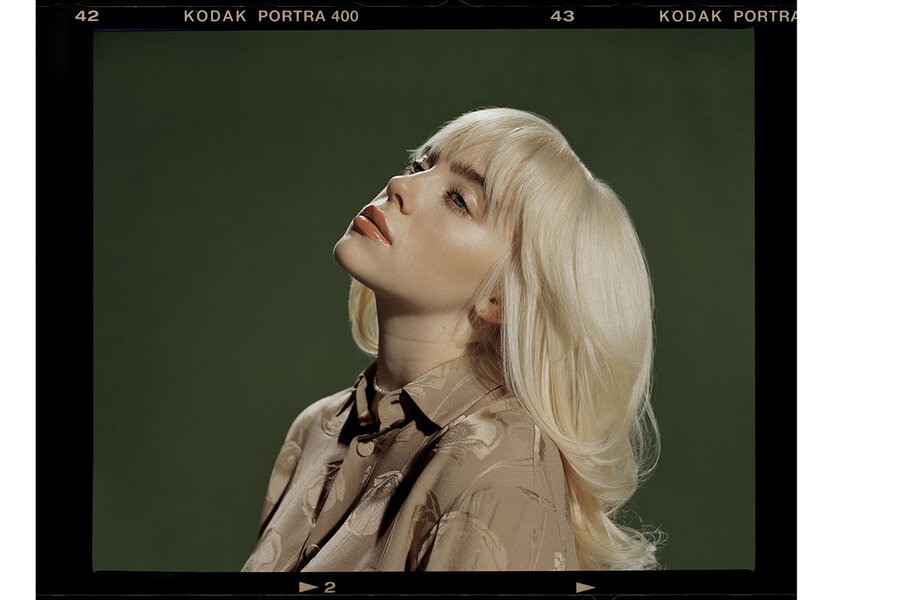 The paradox is that even as fewer songs become well known, there’s never been more recorded music. Anyone can now cheaply record and release compositions directly to streaming platforms. Every day, at least 60,000 new songs are uploaded to Spotify – a whopping 22 million per year. The deluge of releases, with less room at the top, has made it harder to get noticed. In a bid to score a breakout hit, many songwriters are risk averse and formulaic. Record labels, focused on quick returns, have been signing artists who blow up on TikTok only to become one-hit wonders.

Yet some observers say that this democratized system also offers new opportunities. There’s more space for quality craftsmen with entrepreneurial savvy to carve out sustainable, middle-tier careers. And fewer gatekeepers means exciting disrupters can emerge to shake the system and keep it fresh. Just ask Billie Eilish, whose new album, “Happier Than Ever,” comes out July 30. Or Lorde, whose third album, “Solar Power,” arrives in August.

“If they’re great – and the key word is ‘exceptional’ – their tribe is going to find and support and nurture that artist,” says Benjamin Groff, a music business executive who has signed acts such as Kelly Clarkson, The Lumineers, One Republic, and Kid Cudi. “There’s corners of Spotify for everyone.”

In the streaming era, however, fewer artists truly stand out. In part it’s because everyone’s using the same pre-made beats, auto-tune, and production software. But it’s also because contemporary compositions are often as simple as nursery rhymes. Of course, pop music has always included repetitive songs that claim squatter’s rights in one’s head and then never leave. (Many wish there were warnings before the airplay of “I’m too Sexy” by Right Said Fred, “Ice, Ice Baby” by Vanilla Ice, and “Funkytown” by Lipps Inc.) Even so, pop song structure used to be more adventurous. The trend toward generic musical conformity coincides with the wane of the physical album format in the digital era. The focus is getting traction for singles.

“The opportunity cost of marketing is so high, a record company does not want to promote anything that they don’t think is a guaranteed hit,” says Bob Lefsetz, the music business analyst behind the influential Lefsetz Letter. “You have multiple writers. They’re trying to buy insurance.”

Labels started pairing artists with producers to co-write tunes that copy other successful songs. The result is a proliferation of the same very basic diatonic chord progressions – meaning no key change – that tends to produce similar melodies because only certain notes sound good over those chords.

“When I went to Nashville, I did a bunch of writing sessions in late 2013, early 2014,” recalls producer Rick Beato, whose YouTube series “What Makes This Song Great?” has 2.4 million subscribers. “Everyone I wrote with had multiple No. 1 hits. They wanted to write different things, but they also wanted to feed their families. So they were stuck writing what they called ‘bro-country.’”

The diatonic chord progression that’s ubiquitous in bro-country – I–V–vi–IV – also dominates other genres in the song-oriented streaming era, says Mr. Beato. You can hear it on Luis Fonsi’s “Despacito,” Ms. Clarkson’s “Stronger,” and Taylor Swift’s “Bad Blood.” By contrast, Mr. Beato notes that only one of The Beatles’ 27 No. 1 hits – “Let it Be” – utilized that chord sequence.

But as fans of the Fab Four can attest, rock ’n’ roll thrives when rule-breakers upend the status quo. For example, Mr. Groff recalls the first time he came across a pre-fame Lady Gaga in the Myspace era. At the time there was no dance pop in the charts.

“I remember thinking to myself, ‘Oh, it’s not going to work,” says Mr. Groff, who owns the music publishing company Brill Building as well as We Are: The Guard, a talent and record label business. “There’s always that artist that ultimately then changes what is perceived as being the norm.”

“I just continue to be myself and be authentic and not try to follow the pack,” says Big Freedia, a Louisiana native. “My mom always taught me to be a leader and not a follower.”

She released her first album, “Queen Diva,” in 2003. Back then, her underground music wasn’t as easily discovered – it wasn’t on mainstream radio. Her lyrics are too explicit for airplay, anyway. Now, streaming platforms facilitate music discovery. Beyoncé and Drake sampled the New Orleans rapper on hit songs. Collaborations with Lizzo and Kesha have also introduced her to new ears.

“Every time I did a song with a different person that took me to another level, I would call my manager, and say, ‘The price just went up again!’” she says.

Today, musicians such as Big Freedia are empowered as never before to forge direct connections to fans via Instagram and TikTok. A catchy hook embedded in a 30-second video reel often spurs TikTok users to listen to the entire song on streaming services. Record labels have less sway on influencing what goes viral on TikTok, so it’s more possible than ever for unknown musicians to have hits.

“It’s about algorithms. Spotify looks at what is saved and what is played and they move that into more significant playlists,” says Mr. Lefsetz. “No matter who you are, you’re not guaranteed success. And you see this all the time. People put out tracks – like Justin Bieber – that go nowhere. So the system is somewhat democratic.”

Indeed, musicians have never been less beholden to the old power centers. That’s especially true for mid-tier level artists. Who needs record labels when you can sell music and merchandise directly to fans on Bandcamp? Many artists also receive monthly donations from their most ardent fans via Patreon. Playing live gigs is essential.

“It is really just about figuring out how to get as many people as possible to give you about $50 a year,” says J.R. McKee, a music executive who’s played an instrumental role in boosting streaming numbers for hip-hop stars such as Lil Durk and Rod Wave. “We don’t have to be No. 1 to thrive. There are a lot of artists I’ve never heard of, but they’re making a great amount of money. They have a fan base. That was impossible 10 years ago when it was only the top [artists] at the top.”

Musicians at that mid-tier level can find an audience for whatever type of music they’re making, says Mr. McKee, who hosts an online course on how to be a music industry entrepreneur. “So there’s no need to copy anyone.”

The music industry may have changed, but the ingredients for success haven’t.

“It’s about hard work,” says Big Freedia. “And even when the world tries to knock you down or when you go to situations where you may have a hiccup, you get up, you dust yourself off. … You continue to bring great music to the world and they can’t deny you.”