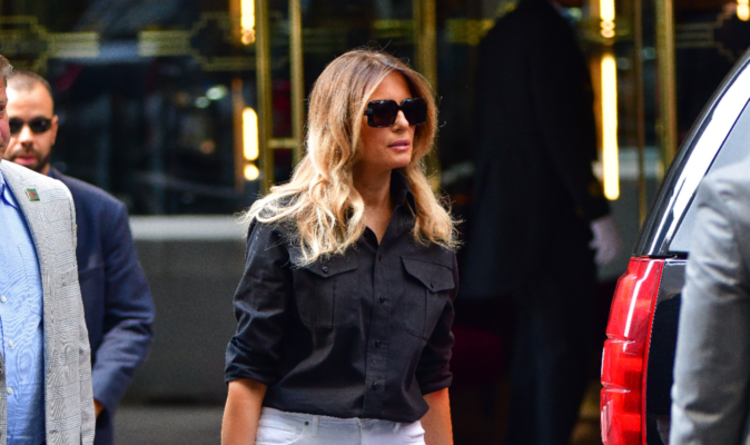 The has been spotted out in New York City. Photographs on Tuesday show Mrs Trump arriving at Trump Tower in Manhattan. It is one of few photographs taken since her departure from the White House in January.

Mrs Trump, the former President and their son are thought to have been living at Mar-a-Lago in Palm Beach, Florida since January.

Sources told People Mrs Trump and Barron will be spending part of their summer between New York City and the Trump family’s summer residence in Bedminster, New Jersey.

The former President, 75, is said to be staying in Bedminster, which is home to one of his golf courses.

A political insider acquainted to Mr Trump said: “While Palm Beach is their main residence, the Trumps go back and forth from New York to New Jersey during the summer season. 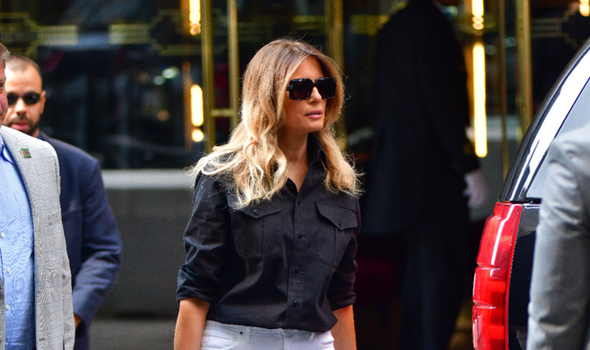 ”Melania and her own family do many things together and not necessarily with Donald.”

The insider added that Mrs Trump normally stays near her husband.

However, she has her own commitments and also travels alone when she needs to. 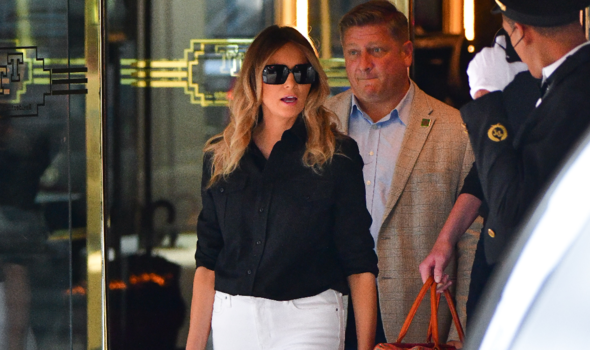 The source added: “Donald is fine with that as long as she is satisfied, leaves him alone, and makes appearances when needed.

“Melania is happiest when she is with her own family members, including her son.

“She is not dumb, she just knows how to handle her life to make it as fulfilling for her as possible.”