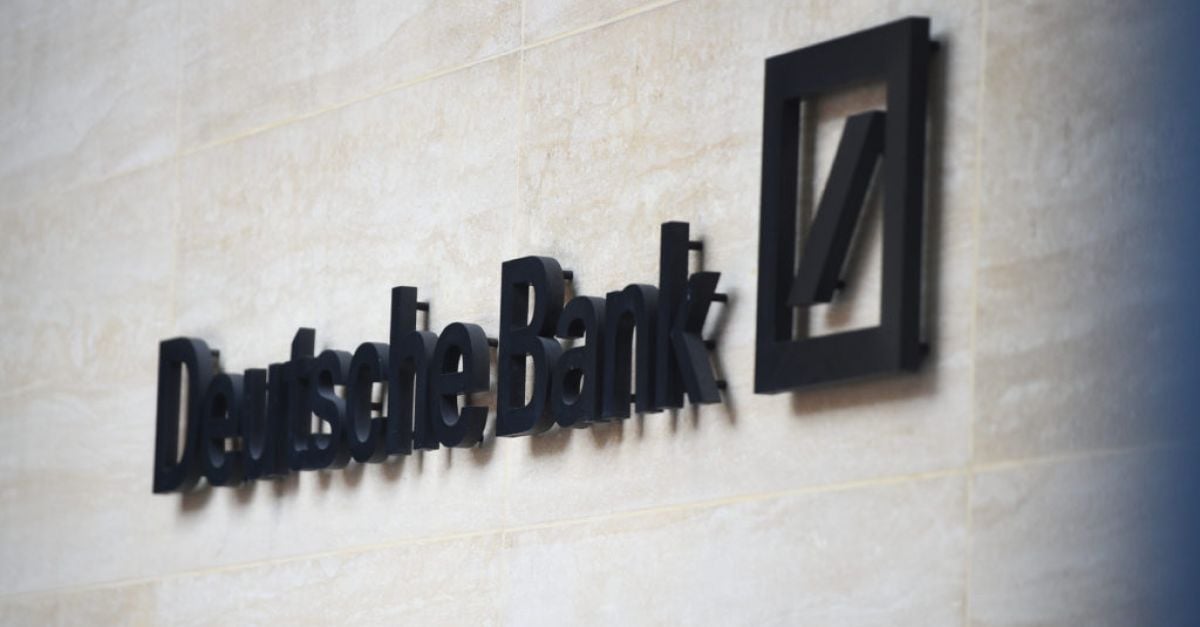 Deutsche Bank has announced plans to cut approximately 440 jobs in Dublin as part of its strategy to “simplify its operations and reduce costs”.

In a statement on Tuesday, Deutsche Bank confirmed just under 250 roles will be relocated from Dublin to other centres around the world, while they will also be “materially reducing its contractor workforce in Ireland over the course of the year”.

The Irish Times reports the cuts represent almost three-quarters of the bank’s Irish employees and contractors, with sources adding that 160 current positions will remain after the restructuring, suggesting contractor roles may shoulder 90 per cent of the cuts.

The statement said Deutsche Bank are planning to create “approximately 35 front office roles” over the summer, adding they are “committed to supporting its Irish corporate, institutional and private wealth clients in the region and to maintaining a significant presence in Ireland”.

Deutsche Bank, which came to Ireland in 1991, announced in 2019 plans to cut 18,000 jobs across its international operations.

Commenting on the announcement, chief country officer of Deutsche Bank Ireland, Mary Campbell said: “We understand that the proposed plan will cause uncertainty and concern to impacted colleagues, and we are committed to supporting them through the consultation process.”

“Dublin will continue to be an important centre for the bank,” Ms Campbell added.