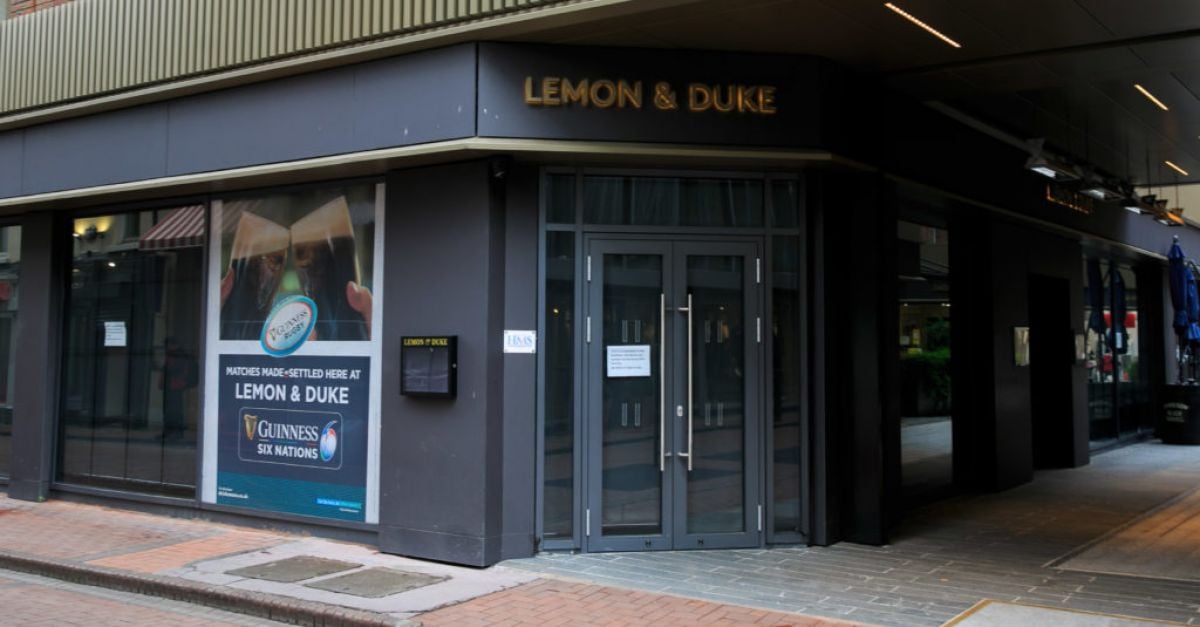 How much should be paid in compensation to four publicans who won test actions over FBD’s failure to pay out on business disruption claims caused by Covid 19 is now to be decided by the High Court.

The hearing to determine the level of losses opened before the High Court on Tuesday.

The actions have been taken by Dublin bars Aberken, trading as Sinnott’s Bar; Hyper Trust Ltd, trading as ‘The Leopardstown Inn’ and ‘Inn on Hibernian Way’ Ltd trading as Lemon & Duke in Dublin.

Leinster Overview Concepts Ltd, the owner of Sean’s Bar, which is based in Athlone, Co Westmeath, is the fourth plaintiff.

In his decision earlier this year, the outcome of which affects claims made by some 1,000 Irish pubs and restaurants, Mr Justice Denis McDonald found that a policy sold by FBD covered losses pubs sustained by having to close due to the pandemic.

In a subsequent judgment, the judge ruled on what interpretation should be applied to the term ‘closure’ within FBD’s Public House Policy of insurance, which is relevant to quantifying the losses.

He found that the word closure is not confined to a total shutdown of the insured properties premises, but extends to a closure of part of the premises.

The actions have now moved to the next stage of the process, which is a hearing to determine the quantum of the publican’s losses.

The hearing, which is again before Mr Justice McDonald, is expected to last two weeks.

Opening the module Michael Cush SC for The Lemon and Duke and the Leopardstown Inn owners, said submissions are being made to the court on several issues in relation to quantum.

The issues which the court will hear evidence and submissions on include the partial closure of the public houses, staff costs, late payments, trends and circumstances, under-insurance and the costs of capital expenses.

The relevance of each of these individual issues varies from pub to pub, the court also heard.

For example, the issue of partial closure was not relevant to Seans Bar as it had remained closed from March 2020 to June 2021, the court heard.

Mr Cush said the judge had made a finding in his subsequent judgment on the issue of partial closure.

This issue, counsel said, would take into account factors including the effects of government and local authority guidelines, on matters including social distancing, on bar areas in his client’s premises.

Another issue that would be considered is staff costs, and the payment of wages to staff when the premises were closed, and partially re-opened.

This issue, counsel said, relates to the bar’s costs of retaining staff.

This he said was done for self-preservation grounds by his clients in order to hold onto good bar staff.

In his February judgement Mr Justice McDonald disagreed with FBD’s interpretation of its business disruption policy regarding Covid 19,

He said that cover is not lost where the closure is prompted by nationwide outbreaks of disease provided that there is an outbreak within the 25-mile radius and that outbreak is one of the causes of the closure.

The publicans challenged FBDs refusal to indemnify them, as well as the insurer’s claim its policies did not cover the disruption caused by Covid-19.

They claimed that under their policies of insurance they were entitled to have their consequential losses covered by the insurer.

FBD claimed the policies contained a clause that states the pubs will be indemnified if their premises were closed by order of the local or Government Authority if there are “Outbreaks of contagious or infectious diseases on the premises or within 25 miles of same.”