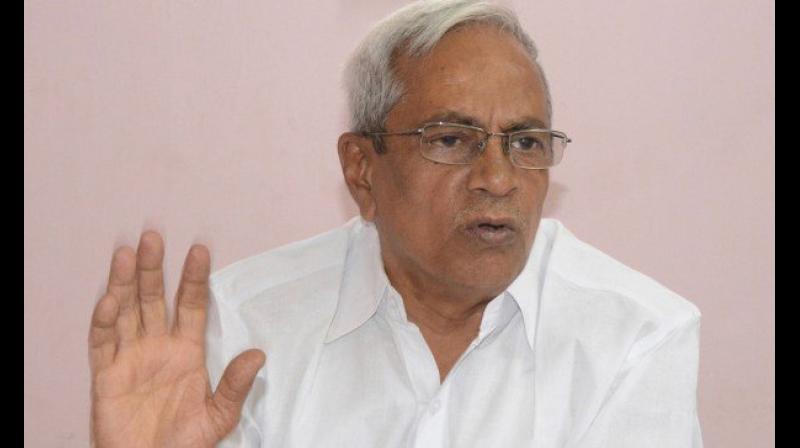 Karikanda: Kakinada was rocked by protests and several issues cropped up on Monday while the agency area and Rajamahendravaram in the district also witnessed protests by various organisations and political parties.

Agitations were staged at Kakinada, Rajamahendravaram and Chinturu in the agency area by the Jana Sena, the Telugu Desam, the CPI, the CPIM, and other parties, condemning a police action of effecting house arrests of their leaders. The house arrests were done with a view to thwarting their travel to Vijayawada for an agitation seeking “justice” to the polavaram project oustees.

CPI district secretary Madhu and some others were put under house arrest late last night at Kakinada. Madhu said while the aim was to provide irrigated water to 13 districts and produce 960mw of power project from Polavaram Project, nearly two lakh tribal and non-tribal people in the agency areas are affected by the project and not getting justice.

In Chinturu, party leaders staged a demonstration and urged the government to provide rehabilitation to the Polavaram project victims, pay them reasonable compensation as also infrastructure facilities for their rehabilitation.

Agitations were staged at Yetapaka in the agency area, condemning the house arrests of party leaders in connection with the Deeksha in Vijayawada. CPIM Yetapaka mandal secretary Marlapati Nageswara Rao said the first priority is completion of the rehabilitation works before the Polavaram project works started.

The CPIM city unit led by its secretary Chintapalli Ajay staged a dharna in front of the Collector's office here, urging the government to construct the houses for the beneficiaries of the housing scheme. The agitators raised slogans, “Stop the threatening the beneficiaries that their house sites will be cancelled unless they construct the house.”

The CPIM said the cost of construction of the houses should be fixed at Rs6 lakh each.  The Kakinada beneficiaries have been given houses at Komaragiri village which is a seashore area with saline water and the government assistance of `2.30 lakh will not be sufficient to construct a house there. The beneficiaries, on their own, can’t bear the construction cost of Rs6 lakh to `7 lakh, he said.

MRPS activists pleaded that chief minister Jagan should give an MLC post to the Madiga community as he had promised some good posts for the community.

The Indian Federation of Trade Union activists staged a dharna in front of the collector's office seeking minimum wages for rice mill workers.

The people of Sanjay Nagar area in Kakinada led by Poura Samkshema Sangham president Ramana Raju staged a demonstration saying officials should probe into the demolition of a shopping complex at Sanjay Nagar and do justice to the victims.