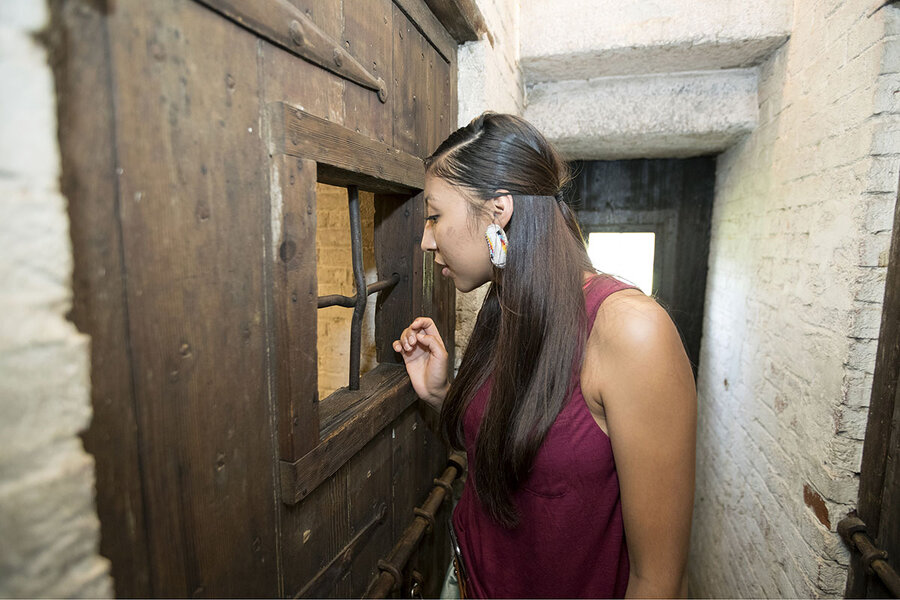 The United States had a similar, and larger, network of institutions known as boarding schools, named “Indian industrial schools.” The discovery of one of the burial sites in Canada in June prompted Secretary of the Interior Deb Haaland, a member of the Laguna Pueblo, to launch an investigation into the federal government’s boarding school program.

The architect of Canada’s residential school system, Prime Minister John A. Macdonald, drew direct inspiration from the United States. With both countries facing a supposed “Indian problem” in 1878, he sent Nicholas Flood Davin to America to study a central feature of the federal government’s new policy: industrial schools.

The previous policy had been, effectively, extermination. Boarding schools represented a shift to a “policy of cultural genocide,” the Native American Rights Fund (NARF) wrote in a 2013 legal review. “This approach was thought to be less costly than wars against the tribes or eradication of Native populations.”

There were 367 boarding schools, run by 14 different Christian denominations, that operated in the U.S. between approximately 1870 and 1970, according to the nonprofit National Native American Boarding School Healing Coalition (NABS). Children were banned from speaking their Native languages, wearing traditional clothing and hairstyles, and practicing traditional religions. They were taught that being Native American was sinful and something to be ashamed of, and were frequently abused physically, sexually, and emotionally, according to NARF and NABS reports. Many children ran away from the schools. Some died there.

Specifics are thin, however. Because they’ve only been able to locate records from 38% of the boarding schools they know of, NABS said in a recent statement, “it is still unknown how many Native American children attended, died, or went missing from Indian boarding schools.”

Are there any details we know?

The Carlisle Indian Industrial School, the country’s flagship boarding school from 1879 to 1918, is reported to have doused students in DDT upon arrival. From 1883 through 1918, over 1,800 children ran away from the school and nearly 500 died, according to NARF.

In 1916, at the Rainy Mountain Boarding School in southwest Oklahoma, 163 of 168 students were diagnosed with dangerous eye infections, according to a 2019 NARF report. Over 20 years, the school’s enrollment more than tripled but no additional dormitory space was created.

Native groups say the schools’ legacy continues to be felt in their communities today, feeding issues like delinquency, addiction, and violence.

Abby Abinanti’s mother and aunts, members of the Yurok Tribe in Northern California, were sent as young girls to the Sherman Institute near Los Angeles. Between 1905 and 1955, some 67 children died and were buried at the school, according to the Los Angeles Times.

Judge Abinanti, head of the Yurok Tribal Court, knows her mother, the youngest of the siblings, would sometimes get them all in trouble by sneaking from her dorm into theirs. She knows almost nothing else about what her relatives experienced there. But she thinks it’s why they were always OK with her skipping school as a student.

“It made everything clear why they did certain things. But that [story] is the most I ever heard,” she says. “They would not, or could not, talk about it.”

What is happening now?

Secretary Haaland’s initiative will be first Interior Department examination of the industrial schools program since 1928.

Secretary Haaland and tribal advocates are hoping it will provide a full accounting of how many children died at boarding schools in the U.S. and where they’re buried. This would bring closure for families and the opportunity to bring relatives’ remains home.

But the government is also hoping the initiative will begin a proactive, long-term reconciliation process, similar to those undertaken between governments and Indigenous populations in Canada, New Zealand, and Australia.

“It’s the first time [the federal government] has done anything with respect to reconciling,” says Brett Shelton, a staff attorney at NARF. “It’s hugely significant.”

Still, he has concerns – primarily that the initiative could end when Secretary Haaland, the first Native American cabinet member in U.S. history, leaves the department.

“We’re talking over 100 years of policy and practice,” he adds. “It will take a lot of work to come out with a full accounting of what happened during that time.”

At a time when the country is wrestling with how to teach and confront the darker periods of its history, this boarding school initiative could set an example.

“While it may be difficult to learn of the traumas suffered in the boarding school era, understanding its impacts on communities today cannot occur without acknowledging that painful history,” Secretary Haaland wrote in a memo announcing the initiative.

“Only by acknowledging the past can we work toward a future we are all proud to embrace.”

Editor’s note: This article has been updated to correct the spelling of John A. Macdonald’s last name.