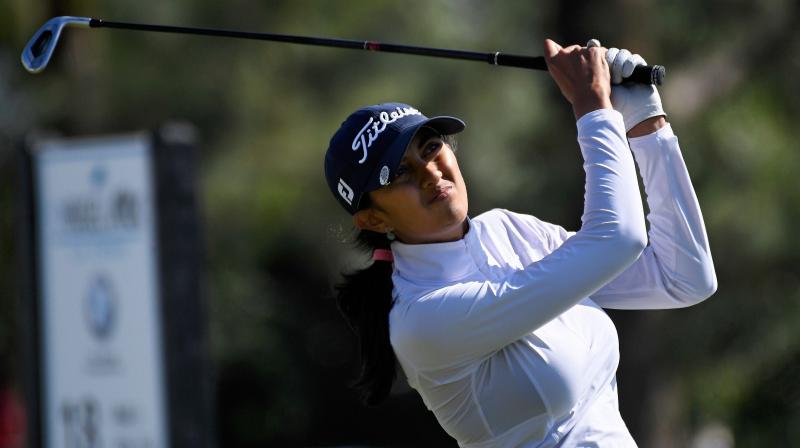 The Colony: Indian golfer Aditi Ashok carded a one-under 71 in the final round to sign off tied 47th at the Volunteers of America Classic here.

Aditi, who has qualified for the Tokyo Olympics, dropped her second double bogey of the week on the Par-4 12th but hung on with birdies on 15th and 17th to take her total to three-under 285.

The 23-year-old from Bengaluru (71-71-69-72) had five birdies, the most she has had in a single round this week, but she also dropped four bogeys and a double bogey.

Jin Young Ko, who just got herself a new house in Texas, about half an hour from the golf course, added a Trophy to it by winning the Volunteers of America Classic, a week after losing her No. 1 world ranking.

Ko carded 2-under 69 and finished at 16-under 268 for her eighth career LPGA victory. She remains at No. 2 in the world.

The South Korean closed with seven straight pars for a one-shot victory over Matilda Castren of Finland at Old American Golf Club.

Ko's father celebrated his birthday on Tuesday and she capped a great week with a win.

Gaby Lopez of Mexico closed with a 65, making her only bogey on the final hole. She finished alone in third, two shots behind.

Esther Henseleit of Germany was within two shots with five holes to play. But she made two doubles in the round and closed with 72 and tied for fourth with Ana Belac (68) and Emma Talley (63).