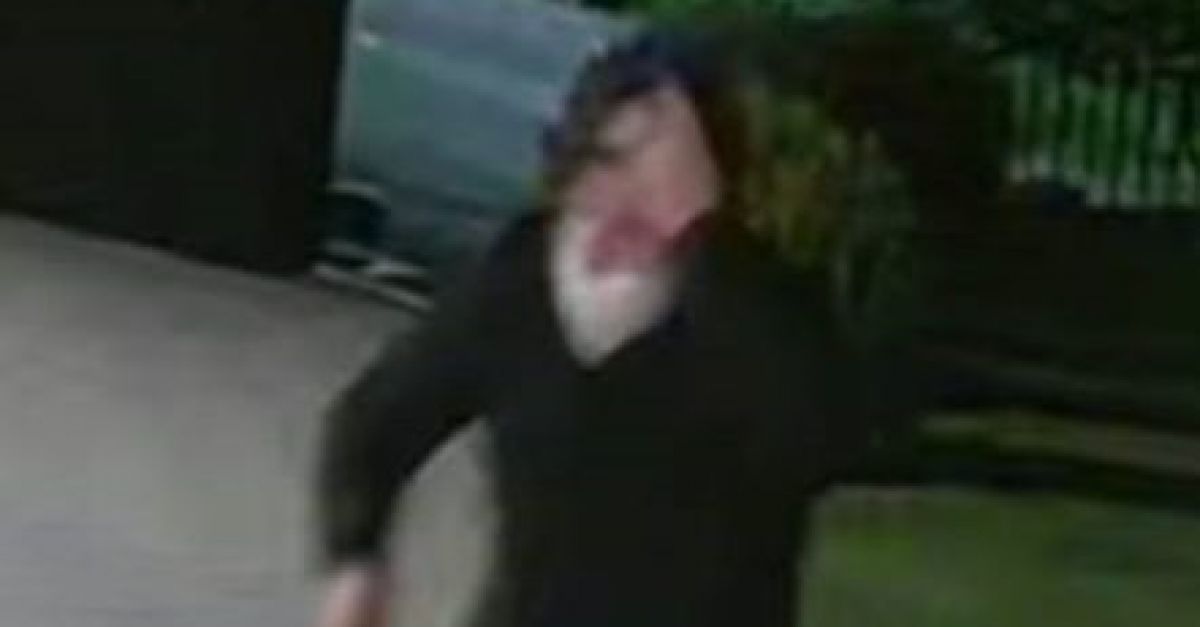 Police investigating a deliberate fire at the home of Celtic chief executive Peter Lawwell have released images of a man and vehicle they want to trace.

Mr Lawwell and his family were forced to flee their home after an explosion and blaze at the property in Thorntonhall, South Lanarkshire, Scotland, on Wednesday May 19th, which police are treating as deliberate.

A man was spotted on CCTV pouring accelerant on cars in the garage in the early hours of that Wednesday morning.

Eight fire engines were sent to the scene on Peel Road to extinguish the blaze after the alarm was raised at around 1am.

Police have released images of a man dressed in black trousers and a black top with the hood up, and a car parked on a road beside a hedge.

In a statement, police said: “Police Scotland has released images of a male they wish to speak to as they believe he may be able to assist with their inquiries in relation to a fire-raising incident, which occurred about 12.50am on Wednesday May 19 in the Thorntonhall area.

“Police have also released the image of a vehicle that was seen in the area around this time and which they are keen to trace.

“Anyone who may recognise the male in the images, or the vehicle, or who has any information is asked to contact Police Scotland via the telephone number 101 quoting incident 0134 of May 19.”

Alternatively, Crimestoppers can be contacted on 0800 555 111 where information can be provided anonymously.

A joint investigation by Police Scotland and the Scottish Fire and Rescue Service has found three vehicles were deliberately set alight, which also resulted in extensive damage to the garage.

Speaking after the fire, Mr Lawwell said the family had been “deeply affected” by the incident but had drawn comfort from “literally thousands of messages of support” from Celtic fans and the football community.

He said: “This has been a devastating attack on myself and my family, the effects of which will stay with us all for a long time.

“I am, of course, extremely relieved that everyone is safe. I would like to thank my wife and my family for their support and for the strength and courage they have shown during such a difficult time.

“Naturally my family has been deeply affected by these events. This is a hugely challenging time but we will make sure we stay strong and we will get through this together.”