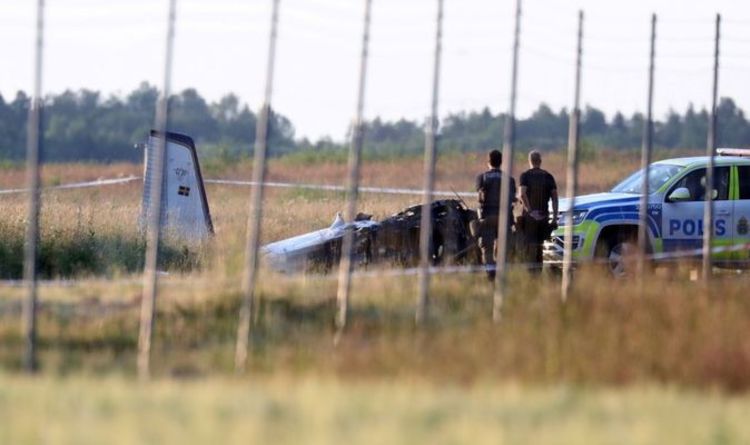 Swedish police reported that “several people have died” after the flight, thought to be carrying eight skydivers and a pilot, crashed near Örebro airport at around 7.20pm on Thursday. One passenger sustained serious injuries and was taken to hospital, according to Swedish newspaper Goteborgs-Posten.

“The crash was a total disaster.”

The crash caused a fire to break out, which has since been put out.

Rescue services and ten ambulances were on the scene. 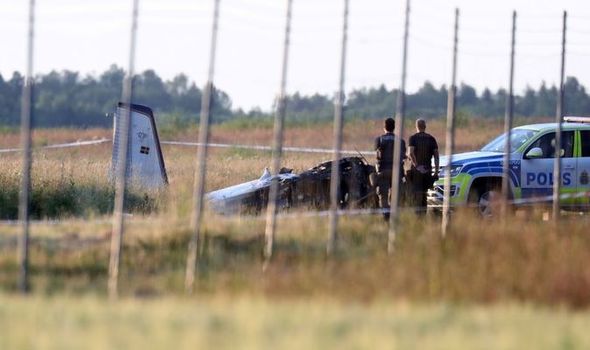 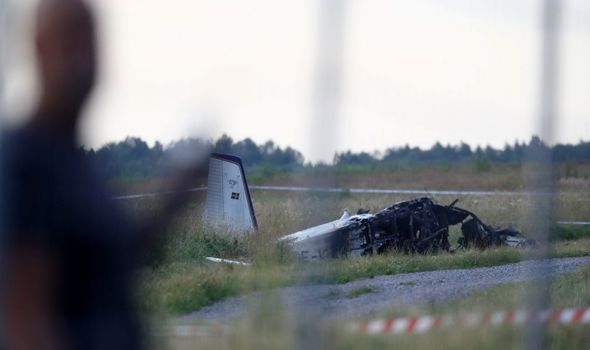 “The plane crashed next to the runway fairly quickly after taking off,” Carl-Johan Linde, press manager at the Swedish Maritime Administration told Goteborgs-Posten.

Emil Gustavsson, rescue leader at the Joint Rescue Co-Ordination Centre, told TT news agency: “It is a sky diver plane that has crashed after takeoff.”

The scene of the crash was roughly 100 metres away from an airstrip.

The rescue operation was over by 10.30pm, but police are yet to communicate the number of casualties. 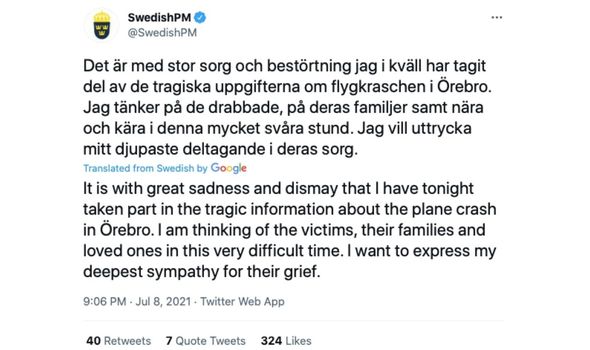 Stefan Löfven, Sweden’s Prime Minister, wrote a tribute to the victims and their families.

“It is with great sadness and dismay that I have tonight taken part in the tragic information about the plane crash in Örebro,” he posted on Twitter.

“I am thinking of the victims, their families and loved ones in this very difficult time.”

“I want to express my deepest sympathy for their grief.”