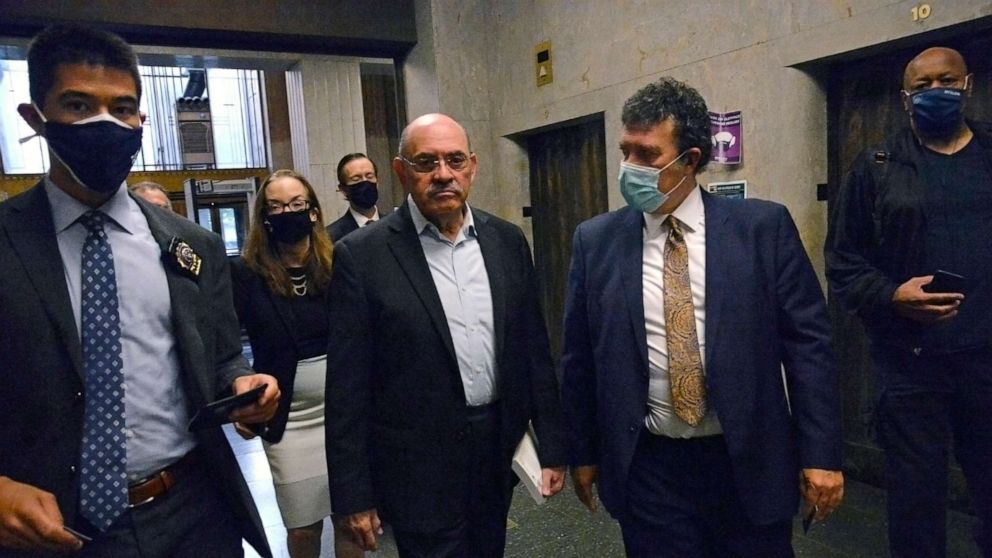 Weisselberg allegedly benefitted from the scheme to the tune of $1.7 million, Dunn said.

“During the operation of the scheme, the defendants arranged for Weisselberg to receive indirect employee compensation from the Trump Organization in the approximate amount of $1.76 million … in ways that enabled the corporate defendants to avoid reporting it to the tax authorities,” the indictment said.

Weisselberg arrived at the Manhattan District Attorney’s office with his lawyer hours after a grand jury on Wednesday voted to indict him and the Trump Organization on the charges, which include grand larceny, criminal tax fraud, conspiracy and falsifying business records.

The indictment said that, beginning in 2005, Weisselberg used the Trump corporation’s bank account to pay the rent for his apartment and his utility bills, as well as to cover nearly $360,000 in upscale private school payments for his family and nearly $200,000 in luxury car leases.

“Weisselberg intentionally caused the indirect compensation payments to be omitted from his personal tax returns, despite knowing that those payments represented taxable income and were treated as compensation by the Trump Corporation in internal records,” said the indictment.

She told ABC News on Thursday that she “didn’t realize the extent of the indictment,” referring to the $1.7 million figure, and called the charges “justice.”

“It feels right and it feels good,” she said.

“I hate to say this because it took me a minute to ingest it, but I am thrilled that he had to walk [into court] in handcuffs because what he’s done to my children and I, what he’s even done to his own sons, he’s never felt an ounce of accountability.”

Trump has called the investigation a politically motivated “witch hunt,” and has said that Manhattan District Attorney Cy Vance and New York Attorney General Letitia James are pressuring Weisselberg to lie against him. When asked if he thought Weisselberg would cooperate, he told ABC News, “No.”

Trump’s former attorney Michael Cohen, whose congressional testimony was the initial basis for the Manhattan DA’s investigation, told ABC News on Thursday that he’d spoken to the Manhattan DA’s office 10 times, and that “there are more than a dozen different areas that are being investigated at the present moment by the district attorney as well as the attorney general’s office. Each and every one of them is significant, and there are different actors in each of the different investigations.”

Cohen, who is currently serving a three-year prison sentence in home confinement for campaign finance crimes and tax evasion, told Congress in 2019 that the Trump Organization had valued its holdings differently when seeking loans versus when talking to tax authorities. Prior to Cohen testifying, but after he was sentenced, Trump fired back at Cohen on Twitter, calling him a “rat.”

Cohen speculated on Thursday that it was a “heavy day for everybody at the Trump Organization because none of them know who’s next, and that’s the biggest problem.”