George Williams already has his sights set on Super League Grand Final glory with Warrington Wolves after signing for the club on a three-and-a-half-year contract.

The England half-back had been pursued by the Wolves, Leeds Rhinos and former club Wigan Warriors since being leaving NRL side Canberra Raiders at the end of May.

But after turning down the opportunity to re-join his hometown club, Williams has inked a long-term deal with Warrington and is eager to bring long-sought Grand Final glory to the Halliwell Jones Stadium. 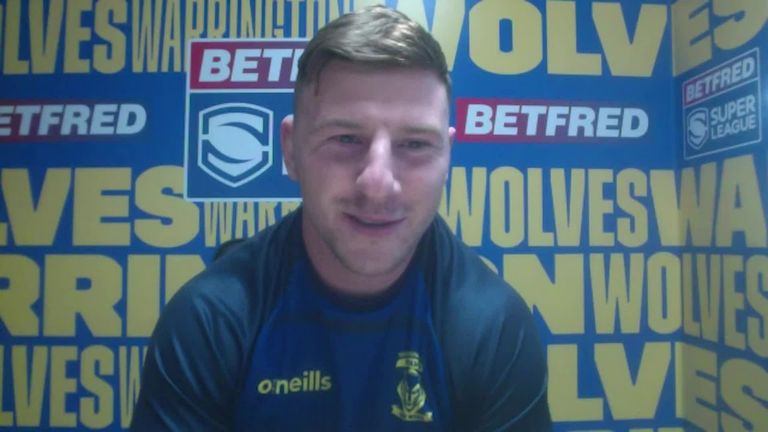 “Something they’ve not done and what people talk about is win the Grand Final, and that motivates me so much,” Williams, who won the Grand Final with Wigan in 2016 and 2018, told Sky Sports.

“It’s a massive motivation of mine and something I want to bring to Warrington in the next three and a half years.

“To be in the first Warrington team to do that would be special and you’d go down in history. That’s what I’m looking to do.

“It’s a big ask, it doesn’t just come around. We’ve got to work hard, and it starts now, so I’m pumped.”

Williams is already familiar with new team-mates like Gareth Widdop, Chris Hill and Stefan Ratchford from England duty, and has spoken with both current head Steve Price, who leaves the club at the end of the season, and incoming boss Daryl Powell.

The 26-year-old has been training on his own since leaving the Raiders to stay in shape, but having not played for six weeks means he is unlikely to make his bow in Warrington’s Super League clash with Hull Kingston Rovers this Sunday.

Instead, Williams’ debut is likely to come away to Leigh Centurions on July 22 or possibly even the following week when the Wolves welcome Wigan to the Halliwell Jones Stadium.

“First of all, I’ll be really excited to play for Warrington,” Williams said about the prospect of playing his first Wolves game against his old club. “That will be huge for me, to represent this club.

“It would be a strange one being a home boy from Wigan. It was my dream to play for Wigan, but now I’m on to a different chapter of my life and I’ll be fully focused if I do play that night to get the win for Warrington.”

Conversations with chief executive Karl Fitzpatrick and the club’s owners convinced Williams Warrington was the best option for him.

The opinions of his now-team-mates helped sway him too and Williams cannot wait to get started in his new surroundings.

“I’m pretty excited,” Williams said. “Speaking to the boys I know at the club, they’ve preached massively how good the club is, how they’re going forward and the culture around the place.

“I just want to get back playing well and hit the ground running. Personally, being in contention for that England spot and as a team we’re chasing silverware.

“Everybody is doing the same thing, but if I can bring that Grand Final back straight away it would be perfect.”