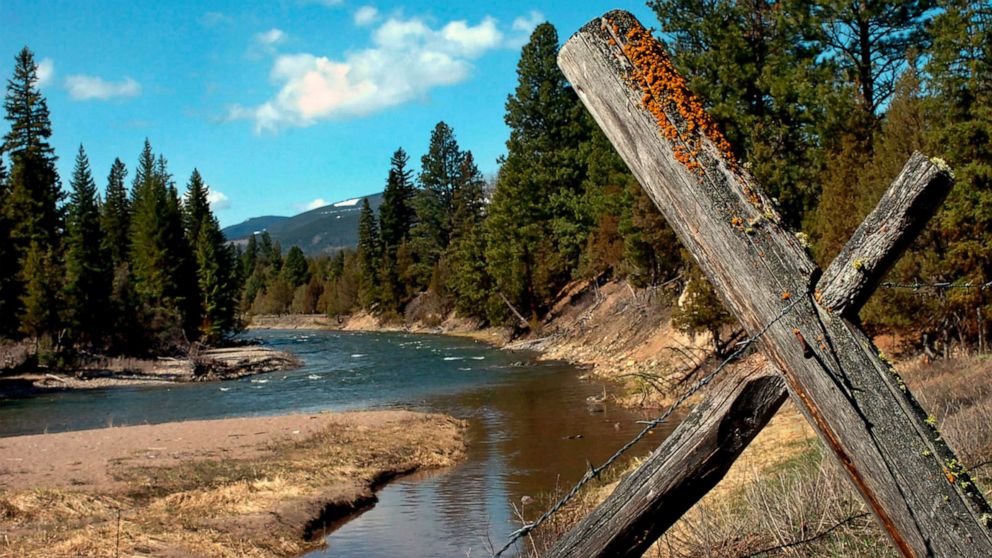 A grizzly bear attacked and killed a bicyclist who was camping in western Montana early Tuesday, triggering a search for the animal, authorities said.

The fatal encounter occurred before dawn at a remote campsite in Ovando, a town with fewer than 100 residents, some 70 miles northwest of Montana’s capital, Helena. First responders attempted to save the woman but she died from her injuries, a spokesperson for the Powell County Sheriff’s Office told ABC News.

The victim was identified Wednesday as 65-year-old Leah Davis Lokan of Chico, California.

The Powell County Sheriff’s Office said the bear entered the camp and woke those who were sleeping, but ran away. The campers removed food from their tents, but the bear returned and attacked the woman, the sheriff’s office said. The bear was chased off with bear spray, but first responders from the Helmville and Ovando fire departments, as well as a life flight helicopter, were unable to revive the woman.

Law enforcement and wildlife specialists have been trying to track down the bear ever since, with the intention of capturing and killing the bruin.

“Traps have been set in the area and searching will continue by ground and in the air with the priority of keeping the public safe from another encounter,” the Powell County Sheriff’s Office said in a statement on Tuesday evening. “Campsites in Ovando have been closed until Sunday and we encourage anyone in the area to be cautious and aware that as of now the bear in question has not been located.”

A video camera from a local business caught footage of a grizzly bear on Monday night. A bear also got into a chicken coop prior to the deadly attack at the campsite, according to a statement from the Montana Department of Fish, Wildlife and Parks.

Grizzly bears are common in Ovando, which is nestled in a valley between the Blackfoot River to the south and mountains to the north that stretch into the vast Bob Marshall Wilderness. Adult males typically weigh between 400 to 790 pounds, while adult females weigh approximately 290 to 400 pounds.

In 1975, the U.S. Fish and Wildlife Service listed the grizzly bear as threatened in the continental United States under the Endangered Species Act, after population numbers dwindled from more than 50,000 to fewer than 1,000 due to habitat loss, hunting and conflicts with humans.

With federal protections still in place that make it illegal to harm, harass, or kill the bears, except in cases of self-defense or the defense of others, grizzlies have flourished in the Northern Continental Divide Ecosystem in northwestern Montana, which includes a designated recovery zone spanning from Glacier National Park to Missoula. The massive area is now home to more than 1,000 grizzly bears, making it the largest population in the country outside Alaska, according to data released by the U.S. Fish and Wildlife Service in March.