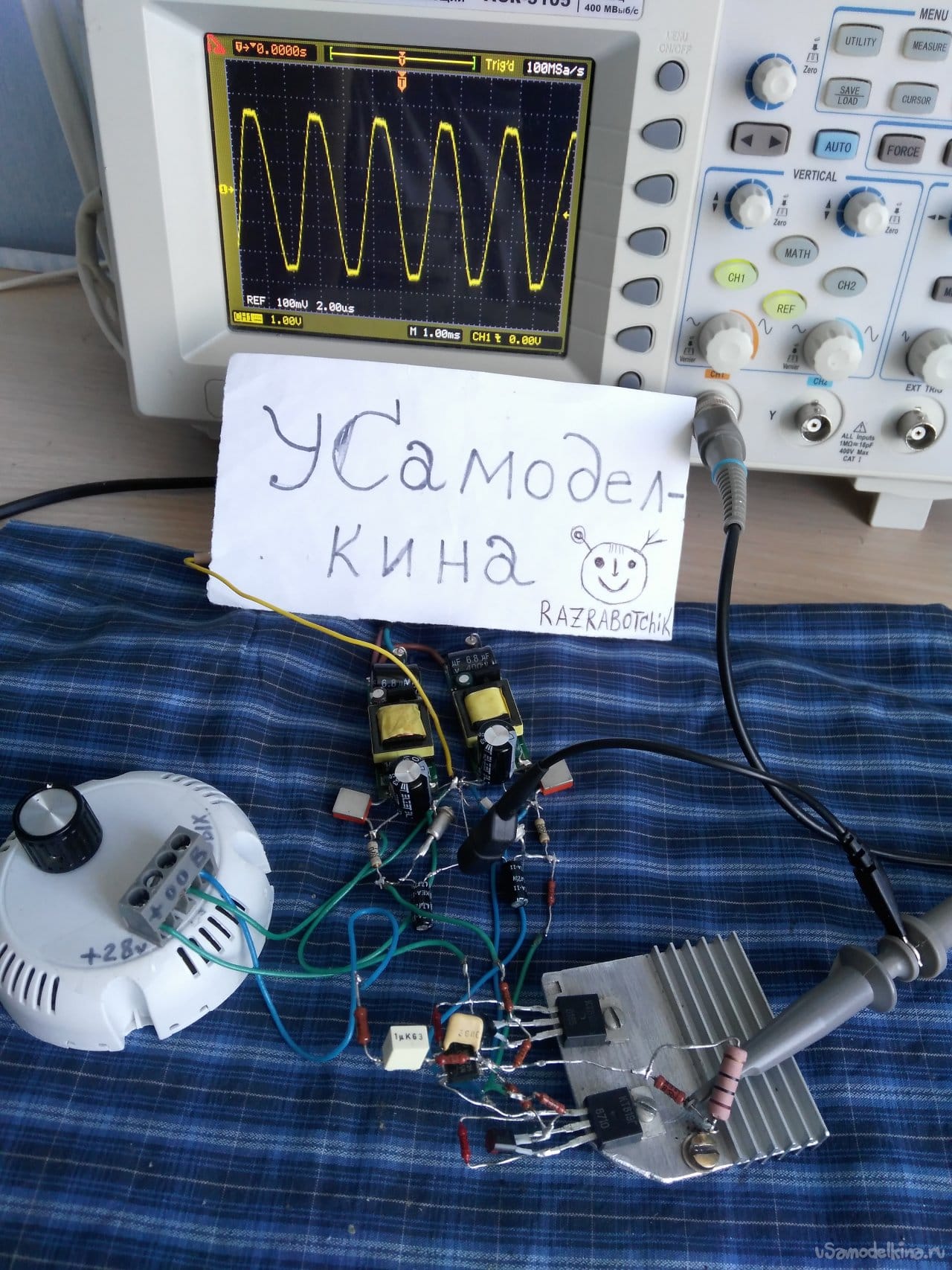 To all guys and girls, of course, ardent hello! The topic of my homemade product, I'm sure, will interest many. The fact is that the power amplifier circuit I have invented can be used not only for EMP, an electronic musical instrument. But we will talk about this later, if anyone is interested.
When developing the circuit, I had to take into account all the negative points in the design. The first and I think one of the most important is the use of switching power supplies. They are very cool to give out high-frequency interference, which in turn, modulating the working signal, distort the entire spectrum of reproducible frequencies. But, I am not going to give up switching power supplies. They are more economical, take up less space and weigh less.

In addition to impulse noise from power supply sources, there are so-called natural noise in my design. They come from the constant work of master oscillators of all notes, in 5 octaves and when using the maximum power of the amplifier, they are heard as a cacophony of the orchestra in the orchestra pit, during the period of tuning the instruments before the performance. But I also defeated this problem. And now, the construction of my instrument looks like this. 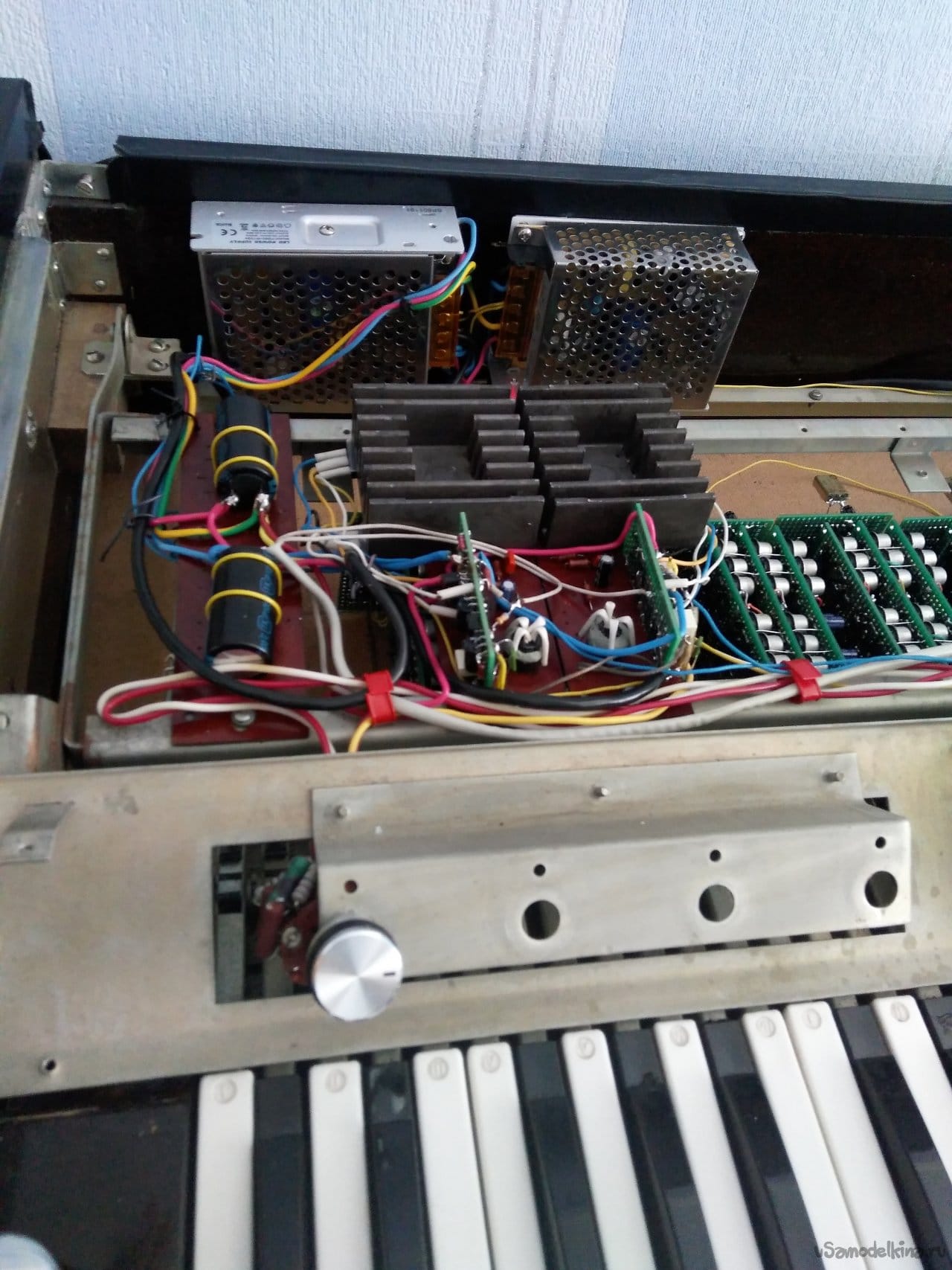 Switching power supplies, I fixed on the back wall of the EMP, and two power amplifiers, on a metal folding frame. Why two amplifiers? The fact is that I made the decision to separate the sounding of the bass octave from the other four. That is, the bass goes to one column, and everything else goes to the other column. This allows you to better listen to the masterpieces I create.

Nobody prohibits humor yet. 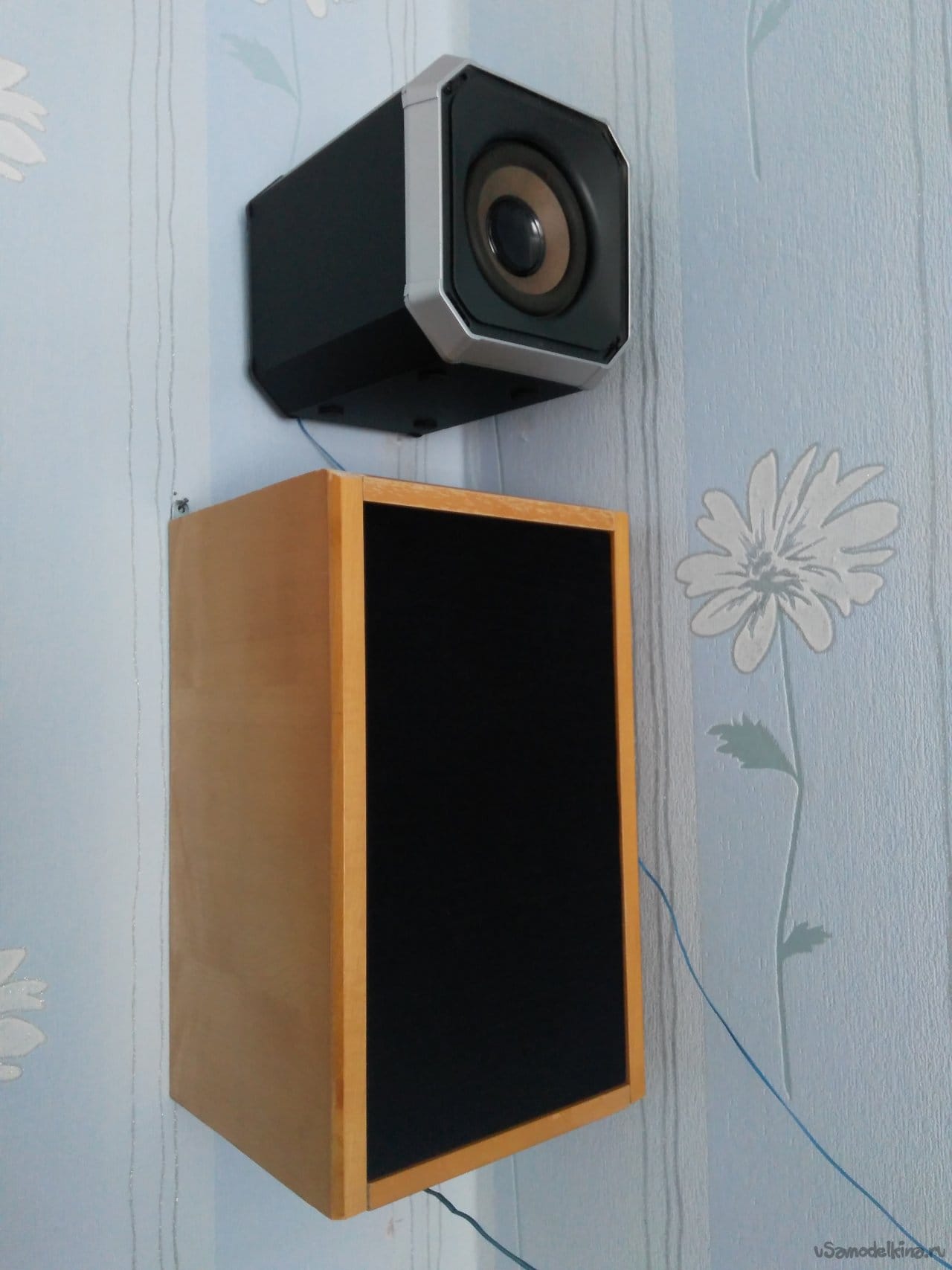 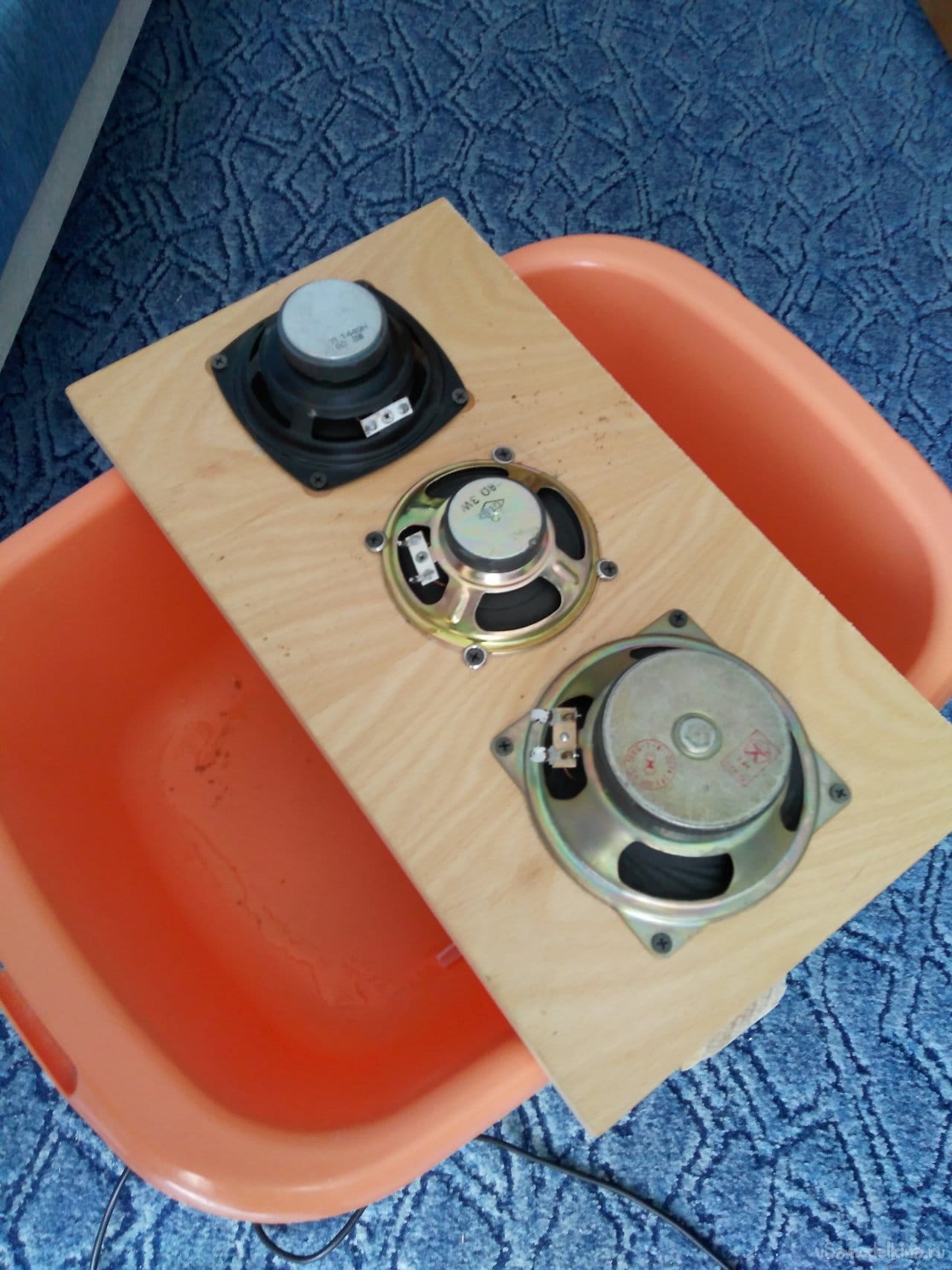 The sound quality is just great. But this is all lyrics and it's time to move on to deciphering this scheme. Here is a sketch of the circuit, for earlier I apologize for my daub, an artist of me But something can be disassembled and I think it is necessary, although … is it worth it, and so everyone understands.
I will answer whoever has questions, but for now I will explain the operation of one section of the circuit, where I use a converted optocoupler – OEP-13. The photo resistor, this optocoupler, in the illuminated state has a resistance of about 200 ohms. This resistance blocks the passage of interference into the amplifier and allows you to listen to silence in silent mode. As soon as EMP starts to play, the negative potential turns off the transistor – KT315B, the emitting LED in the optocoupler goes out, the resistance of the photo resistor rises to several mΩ and the amplifier works in normal mode, with a signal/noise ratio. The amplitude of the signal, in my case with EMP, is pretty decent and there is simply nothing to interfere with. With the alteration of the optocoupler, I had to tinker, but I will not describe how to do it. I will show only a photo of the process. 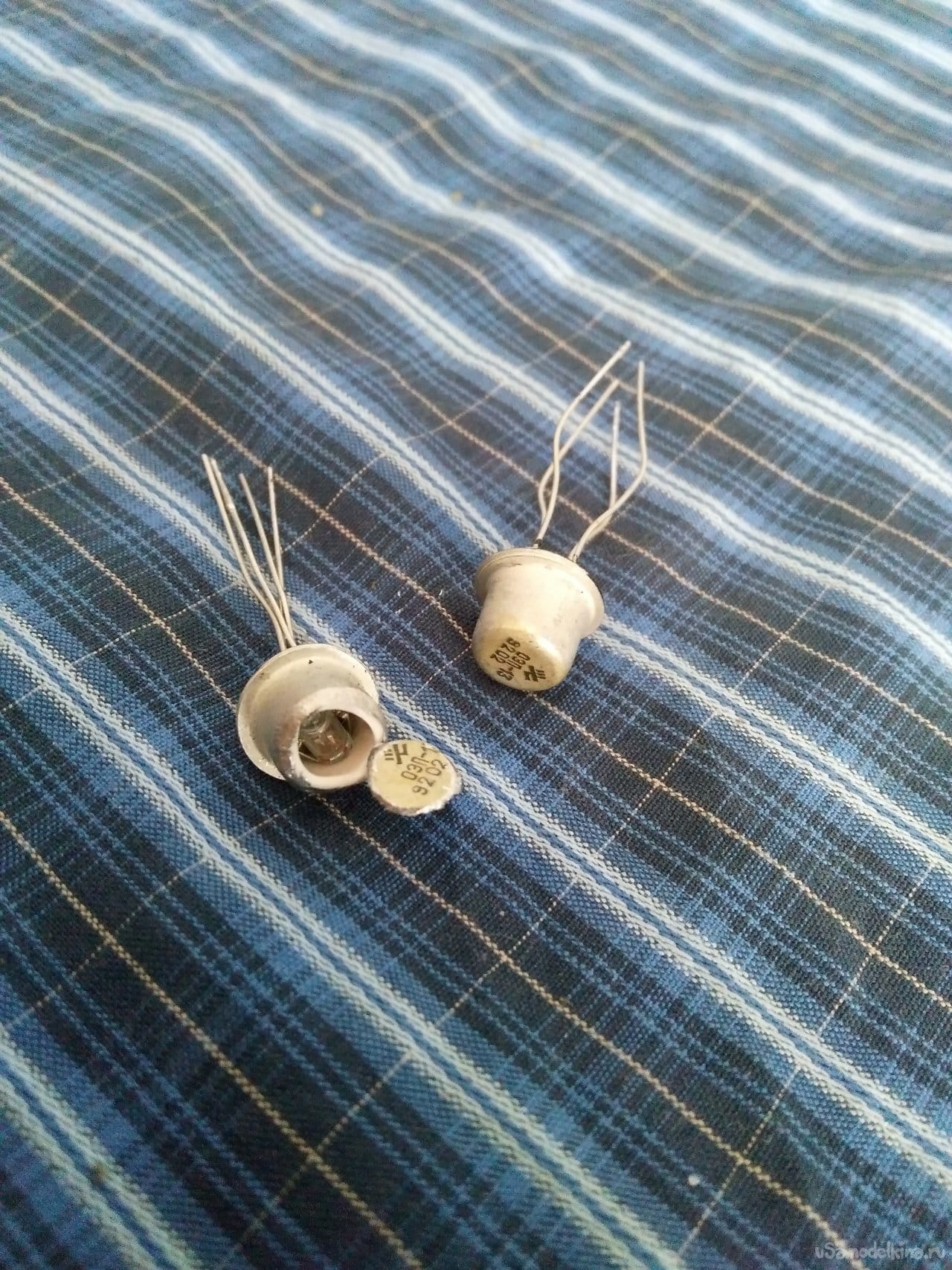 Found a suitable size LED. And instead of a light bulb, I soldered it inside. 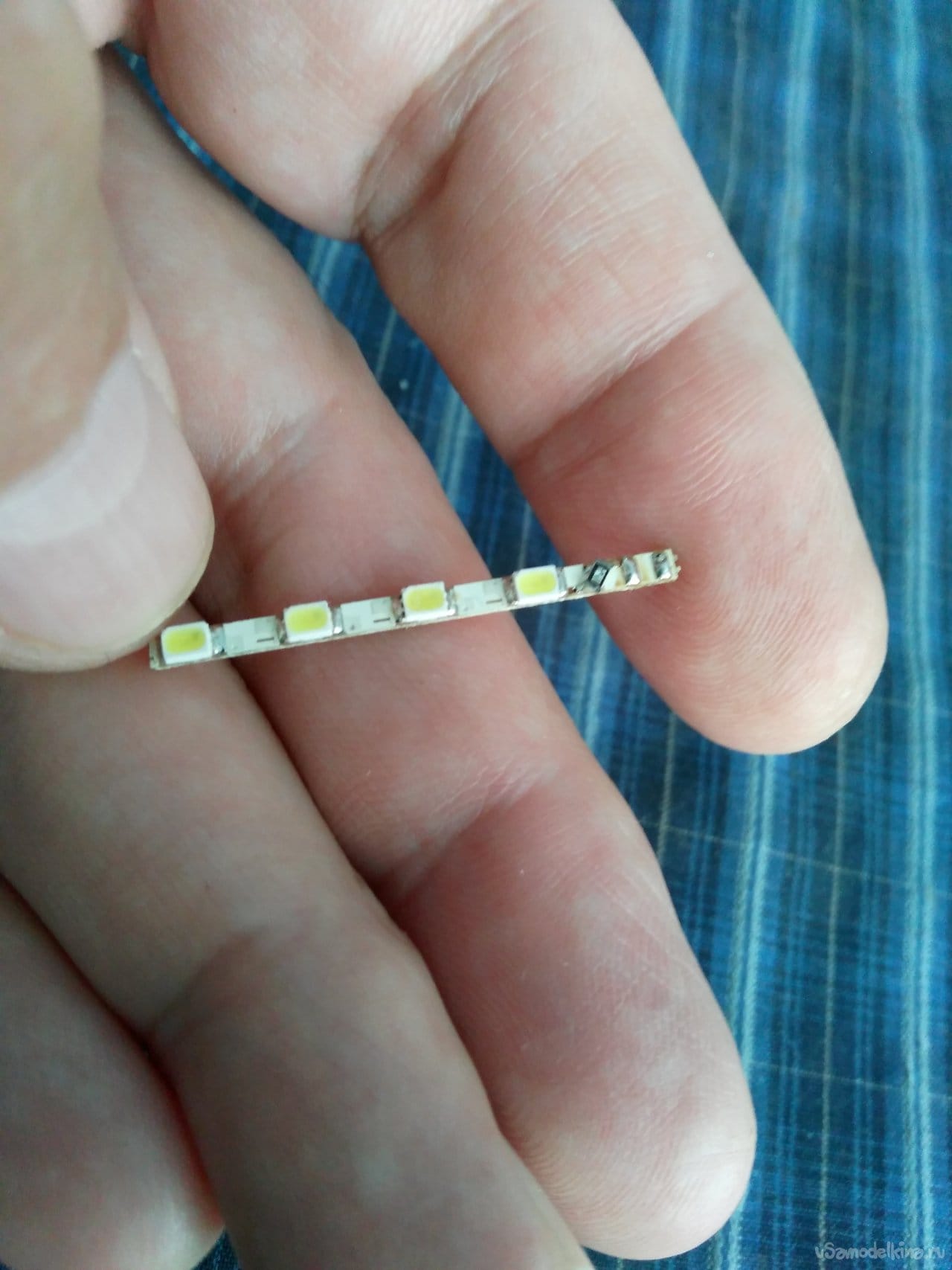 Many will say why poking around with the alteration of the optocoupler when there are ready-made products of this type on sale. I will answer, the flag is in your hands, go for it …

Now a little about the circuit of the amplifier itself. In the silent mode, we select resistors with a nominal value of 82 kOhm. By these actions, we carry out the zero balance on the output resistor 18kOhm. The more accurately you set it to zero, the better the amplifier will perform. In the presented layout, the details are designed for an amplifier with a power of only 5 W, and in the EMP case there are two amplifiers of 20 W. The difference between these schemes is only in the use of switching power supplies of different power. And also, the pass-through diode KD212A, used in the breadboard, was replaced by a more powerful KD213A. Well, and accordingly, the area of ​​the radiators, the cooling of the output transistors, is larger.
I will also add this most important thing, every DIY who wants something then make, assemble, solder, etc., do not hesitate to ask, you will always be helped on this site. Hello everyone!