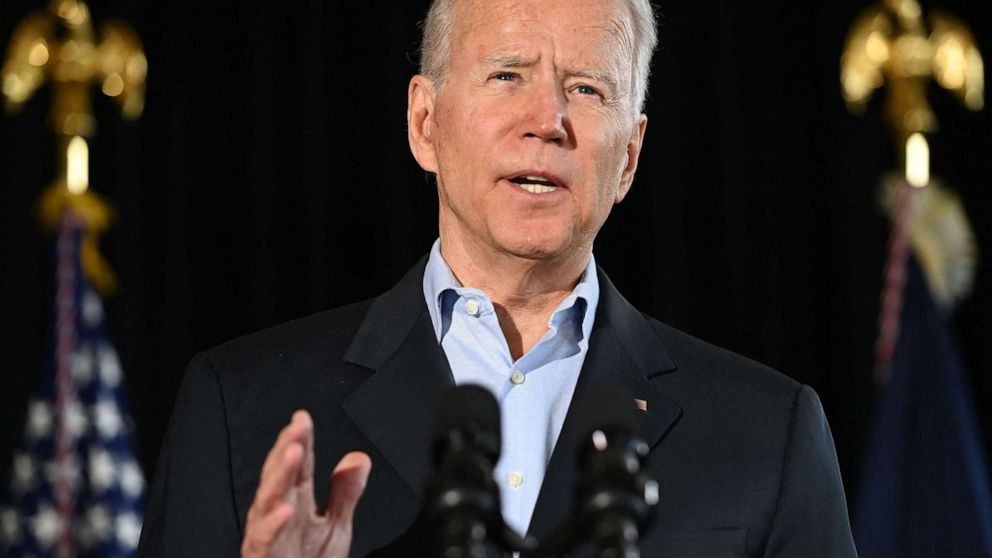 A Democrat of a certain optimistic bent could emerge from this frenetic week feeling pretty good.

Fourth of July celebrations will approximate normalcy. A committee examining the events of Jan. 6 is in place — and will be bipartisan whether or not Republican leaders want to play. The Trump Organization and one of its top executives stand indicted on criminal charges.

Yet that 70% vaccination target hasn’t been reached, while worries about another COVID spread grow again.

The Supreme Court closed out its term serving notice of the consequences of a conservative majority, in the foundational area of voting rights. Former President Donald Trump is neither charged nor chastened, and back on the campaign trail this weekend with some new talking points for his base.

As for the emerging issue set of 2022, a new ABC News/Washington Post poll out Friday offers another sobering sign for Democrats. Concern about crime as a serious problem stands at 59% — a high going back at least two decades.

President Joe Biden’s approval rating on the issue of crime is 10 points underwater, with 38% approving and 48% disapproving. GOP efforts to tie Democrats to safety and immigration concerns don’t need the Trump megaphone to resonate, but that’s happening as well.

This middle part of 2021 has felt a bit like 2020, with a torrent of news leading in multiple potential directions. For better or worse, Trump has even been front and center — with more of that to come.

The 6-3 Supreme Court decision to uphold what Democrats would call suppressive voting tactics in Arizona has dealt a blow to Democrats in the fight against Republican-led efforts to restrict access to the ballot box.

The decision came down along ideological lines with the liberals on the court penning the dissent. In it, Justice Elena Kagan called the decision “tragic” and an affront to what Section 2 of the Voting Rights Act was designed to do — prevent voting practices and procedures that would discriminate on the basis of race.

“This Court has no right to remake Section 2. Maybe some think that vote suppression is a relic of history — and so the need for a potent Section 2 has come and gone. But Congress gets to make that call,” Kagan wrote in her dissent. “Because it has not done so, this Court’s duty is to apply the law as it is written.”

The decision will undoubtedly impact how Democrats and voting advocates counter Republican-backed restrictive voting legislation in states across the country.

It will also likely revive calls to eliminate the filibuster to pass voting legislation that has been stonewalled by Senate Republicans.

Democrats wary of changing filibuster rules for the sake of protecting a legislative body will be forced to square that with the desire to protect the rights of American voters — the heart of the democracy they profess to hold dear.

The official beginning of the end is in sight for the California gubernatorial recall election process.

After months of speculation, on Thursday, the state’s Democratic Lt. Gov. Eleni Kounalakis announced the contest will take place on Sept. 14. More than 1.7 million signatures have been certified backing the election, which will be only the second of its kind in the state’s history — the first happened in 2003 and resulted in Arnold Schwarzenegger winning the governorship.

Candidates looking to replace sitting Gov. Gavin Newsom have a little over two weeks to file to run, but recent polling appears to indicate the task could be an uphill battle. According to the Public Policy Institute of California’s May statewide survey, a majority of Californians approve of Newsom’s overall handling of his job, as well as his approach to the coronavirus.

According to the California Department of Finance, the recall will cost $276 million, which could also offer candidates a convenient talking point of wondering out loud if the money could be spent on other pressing issues facing the state.

The number of Americans seeing crime as an extremely serious problem in the United States is at a more than 20-year high, President Joe Biden is underwater in trust to handle it and broad majorities in an ABC News/Washington Post poll favor alternative crime-fighting strategies to address it.

The Note is a daily ABC News feature that highlights the key political moments of the day ahead. Please check back Tuesday for the latest.