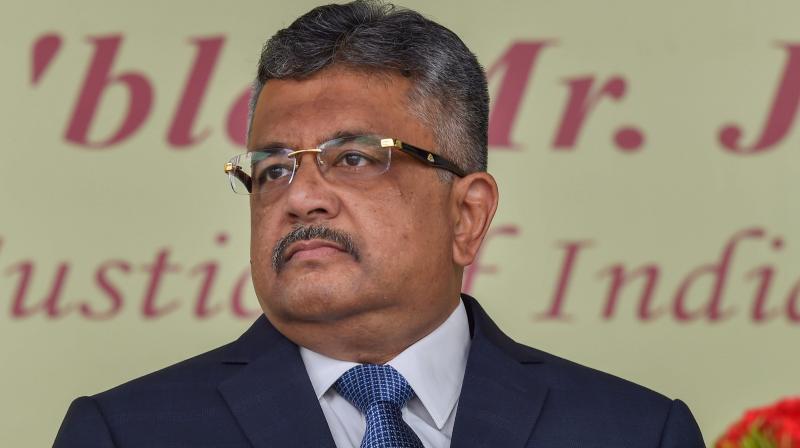 Kolkata: The Trinamool Congress on Friday wrote to Prime Minister Narendra Modi, seeking the removal of Solicitor General of India Tushar Mehta over his alleged meeting with BJP leader Suvendu Adhikari, an accused in Narada and Saradha cases.

Adhikari, leader of the opposition in the West Bengal assembly, denied the charge, saying that he had recently gone to Mehta's residence in Delhi regarding a case related to "post-poll violence" in the state but "could not meet him in person".

The letter, written by TMC MPs Derek O'Brien, Sukhendu Sekhar Roy and Mahua Maitra, stated that the alleged meeting between Adhikari and the solicitor general "reeks of impropriety" as the BJP MLA is an accused in Narada and Saradha cases, which are being investigated.

According to the letter, the meeting "curiously" took place subsequent to Adhikari's deliberation with Union Home Minister Amit Shah.

The TMC MPs claimed that Adhikari was accused in various cases of cheating, bribery and illegal gratification related to Narada sting operation and Saradha scam.

The solicitor general appears for the CBI in the Narada case in the Supreme Court and the high court, besides advising the investigation agency in the Saradha chit fund scam, the letter said.

"The meeting between Adhikari and the solicitor general not only reeks of impropriety, there is a direct conflict of interest and also taints the position of the second highest law officer of the country, the Solicitor General," it read.

"We have, therefore, reasons to believe that such a meeting has been organised to influence the outcome of matters where Suvendu Adhikari is an accused, using the high offices of the Learned Solicitor General," the letter stated.

To maintain the "neutrality and integrity" of the office of the Solicitor General of India, necessary steps be taken to remove Mehta from the post, the TMC MPs said in the letter to the prime minister.

Later in the evening, TMC national general secretary Abhishek Banerjee, in a series of tweets, demanded that all the CCTV footage at Mehta's residence till the time Adhikari was present there be made public.

"Mr Mehta's efforts to dismiss speculations regarding his clandestine meeting with @SuvenduWB can only be valuable if he makes all CCTV footage public until Mr Adhikari was in his residence. Moreover, was Mr Adhikari present in the SG's residence without a prior appointment?" he tweeted.

Sharing a purported video of Adhikari's entry into Mehta's residence, Banerjee said, "Reports state that Mr Adhikari entered Hon'ble SG's residence in the presence of a cavalcade of officers and stayed there for nearly 30 minutes. Does that imply that a meeting was indeed due? As the episode gets murkier, one can only hope that the truth shall surface."

Reacting to the developments, Adhikari denied any meeting with Mehta.

"I had gone there to discuss a case related to post- poll violence, but I could not meet him," he told reporters.

State BJP president Dilip Ghosh echoed Adhikari saying there is no proof of any meeting between the two.