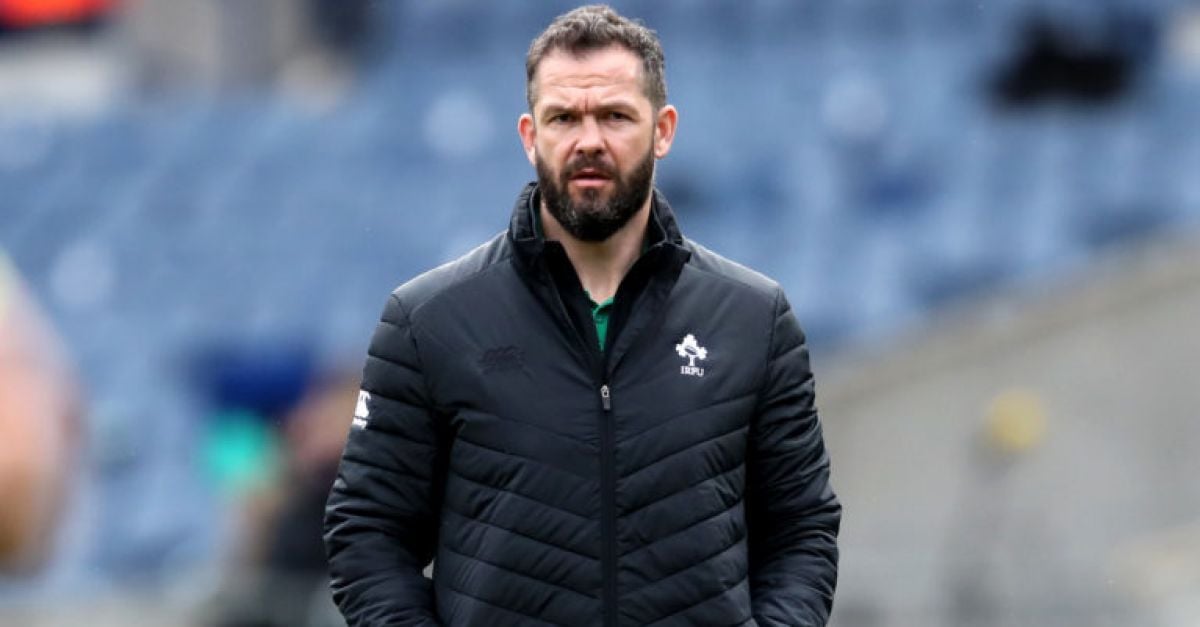 Ireland head coach Andy Farrell says unearthing some “gems” who are serious contenders for his squad going forward will be the mark of a successful summer series.

Farrell has named eight uncapped players in his 23-man group for Saturday evening’s season finale against the United States, while three others will make maiden Test starts.

Ireland, who beat Japan last weekend, look set to have a busy calendar next campaign with four proposed autumn internationals preceding the 2022 Guinness Six Nations and a three-Test summer tour to New Zealand.

“That’s why I am so buoyant, so pleased with the last few weeks,” Farrell said, looking ahead to the 2021-22 schedule.

“I hope we’ve whetted the appetite of a good few players.

“If we can get three or four, four or five gems out of this that are serious contenders to add to our squad next season then we’ll be well pleased with that, we’re in business.

“I hope that this summer there is a lot of reflection, there is an appetite to improve in all aspects of the game, certainly skill-wise and physically, because there is a new season there for everyone to get excited about.

“There are six (rounds of club) games before we head into the autumn internationals, which is a packed autumn, four games.

“The Six Nations is always the pinnacle of the year and then finishing off with a Test series in New Zealand, it doesn’t really get any better.”

Uncapped Ulster quartet Tom O’Toole, Nick Timoney, Robert Baloucoune and James Hume have been named in the Irish starting XV for the USA’s visit to Dublin, while international rookies Paul Boyle, Caolin Blade, Fineen Wycherley and Harry Byrne are among the replacements.

Wing Baloucoune recently admitted the prospect of an Ireland call-up seemed far-fetched just three years ago but has since developed into one of Ireland’s most promising young backs.

Farrell is excited by the 23-year-old’s potential at both ends of the field.

Who else can't wait to see these four make their @IrishRugby debuts this Saturday? 🙋🤩#SUFTUM pic.twitter.com/v35nwyovM0

“We all know about Rob, he’s super quick, the quickest in the squad,” said the coach.

“His rugby knowledge is coming on all of the time. He’s learning more and more every time he takes the field, never mind at this level.

“In the province as well, his defence has really come on, his high ball stuff, and he’s finding a way of getting involved in the attack as well.

“The potential is there for him, so we’re super excited about that.”

Farrell has urged his players to remain disciplined against the team ranked 16th in the world and avoid becoming “sloppy”.

“Obviously we watched the game last week and we can all see that they’re a side that is going to be physical,” he said.

“This isn’t touch rugby. We’ve got to respect how we want to play the game and make sure we don’t become ill-disciplined in the way we perform.

“The US have got strong ball carriers and dynamic backs that can rip you apart, so we don’t want to get sloppy with our performance.

“What was pretty impressive about last week’s performance (against Japan) was that it certainly wasn’t perfect but we managed to stay calm, we managed to stay next-task-focused and that got us through in the end, and it’s more of the same this week.”