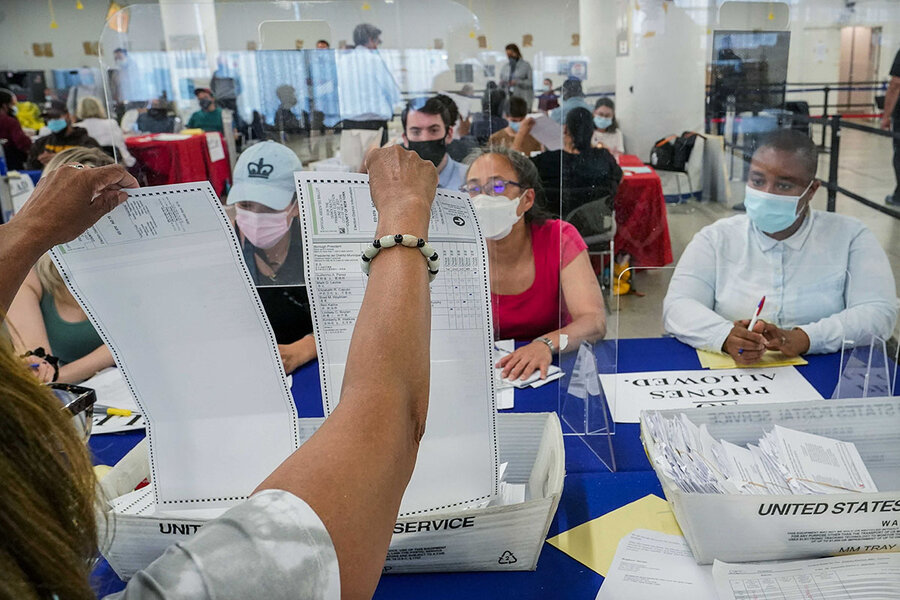 Ranked-choice voting has been used in other places for more than a decade, but New York City was its biggest test, tripling the number of Americans who use the system.

The initial report card: It was a gigantic mess.

As the electoral reform debate nationwide has become increasingly partisan, ranked-choice voting has been one of a few measures with some bipartisan support. From Burlington, Vermont, to Alaska, ranked choice voting is set to roll out in blue cities and red states alike over the next three years. The question now is: Did the New York debacle just damage that momentum?

Critics are certainly using the election to their advantage. The system “is confusing, complicated, and it’s ripe for fraud,” Republican Sen. Tom Cotton of Arkansas tweeted last week.

But experts say the lessons from New York look more like growing pains than a fundamental failure of the concept.

“This was a screw up by the [New York City] Board of Elections but it didn’t have anything to do with RCV [ranked-choice voting],” says Lee Drutman, a political scientist and senior fellow at New America. “You give someone a new computer and that’s better than the old typewriter but they don’t know how to operate it and screw it up. It’s not because of the computer, it’s because of the user not knowing how to use it.”

In the weeks ahead, much of the focus will be on discerning what went wrong, with particular scrutiny of the New York City Board of Elections, which has a history of missteps and mismanagement.

On June 29, the New York City Board of Elections released an unofficial first round of results before rescinding them for erroneously counting 135,000 sample ballots. During the past two weeks, as the pile of to-be-counted absentee ballots loomed, projections for the final tally varied. Even the much-promised midday Tuesday release, which would incorporate most of the 125,000 absentee ballots, was delayed for hours.

The past two weeks have been a “public relations nightmare,” says Rob Richie, president of FairVote, a nonpartisan organization that advocates for ranked-choice voting. But he’s confident that the mayoral race will reaffirm ranked-choice voting’s democratic benefits.

“The conversation around this election will shift,” says Mr. Richie. “Ranked-choice voting has a very real potential of moving in a bipartisan way.”

Advocates argue that competent election officials can – and have – run ranked-choice elections smoothly. In 2017, Minneapolis declared the mayoral winner within 24 hours, after five rounds of tabulations. In 2020, Maine called its electoral votes for President Joe Biden even faster.

In the New York City Democratic primary, no candidate reached 50%. Mr. Adams won the first round with 31% of the vote, followed by civil rights activist Maya Wiley, former New York City Sanitation Commissioner Kathryn Garcia, and former presidential candidate Andrew Yang. Lower-performing candidates were gradually eliminated over the next five rounds, as these four candidates expanded their totals. Mr. Yang was eliminated in round seven, at which time Ms. Garcia overtook Ms. Wiley for second place behind Mr. Adams.

This likely means that many of Mr. Yang’s supporters ranked Ms. Garcia second – a strategy that the two candidates had laid out on the campaign trail, telling their supporters to rank one another second.

Opponents of ranked-choice voting have criticized this strategy as a way for candidates to game the system. Mr. Adams, understanding that a widely implemented strategy like this could hurt his chances of winning, condemned the alliance as an effort to suppress Black voters.

If anything, ranked-choice voting in New York City has supported minority candidates’ campaigns, says Mr. Richie, the advocate. None of the top three Democratic finalists for mayor was a white man, and the primary results suggest the number of women on New York City’s city council will likely more than double, with the majority of them being people of color and under the age of 40.

And he turns the criticism of voting alliances on its head. Candidates reaching out to their opponents’ supporters is actually one of the reasons why ranked-choice voting is needed in today’s political climate, he adds

“There is a lesson for candidates: Never stop competing for votes,” says Mr. Richie. “Everyone’s voters are fair game. You just have to look for connections. ‘If I can’t be your first choice, this is why I can be your second choice.’”

Instead of being a case study of why ranked-choice voting doesn’t work, many experts say New York’s Democratic primary was actually the opposite.

A post-election poll from pro-ranked-choice voting groups, for example, found that 83% of primary voters ranked at least two candidates on their ballots, and 95% of voters found their ballot simple to use.

“[Ranked-choice voting] produced two law-and-order candidates, which tracks with the cross-partisan worries about crime among New Yorkers,” says Kevin Kosar, an election reform expert at the American Enterprise Institute, referring to both the Democratic and Republican primaries. “RCV also encouraged fringe candidates to get into the race, but ultimately showed them that their radical proposals are not what city dwellers want.”

Yet at a time when only 9% of Republicans say they can trust the government, New York City’s Democratic primary has potentially done more harm than good.

At a rally in Texas last week, former President Donald Trump compared his loss – and his false claims of election fraud in the 2020 election – with the New York City chaos, calling U.S. elections a “disaster.”

“At this time there’s so much disinformation and desire among people to undercut confidence in elections generally, that a poor administration anywhere can have a big impact nationally,” says Lawrence Norden, director of the Brennan Center’s Election Reform Program. “When you have something like this that happens, it has national repercussions.”