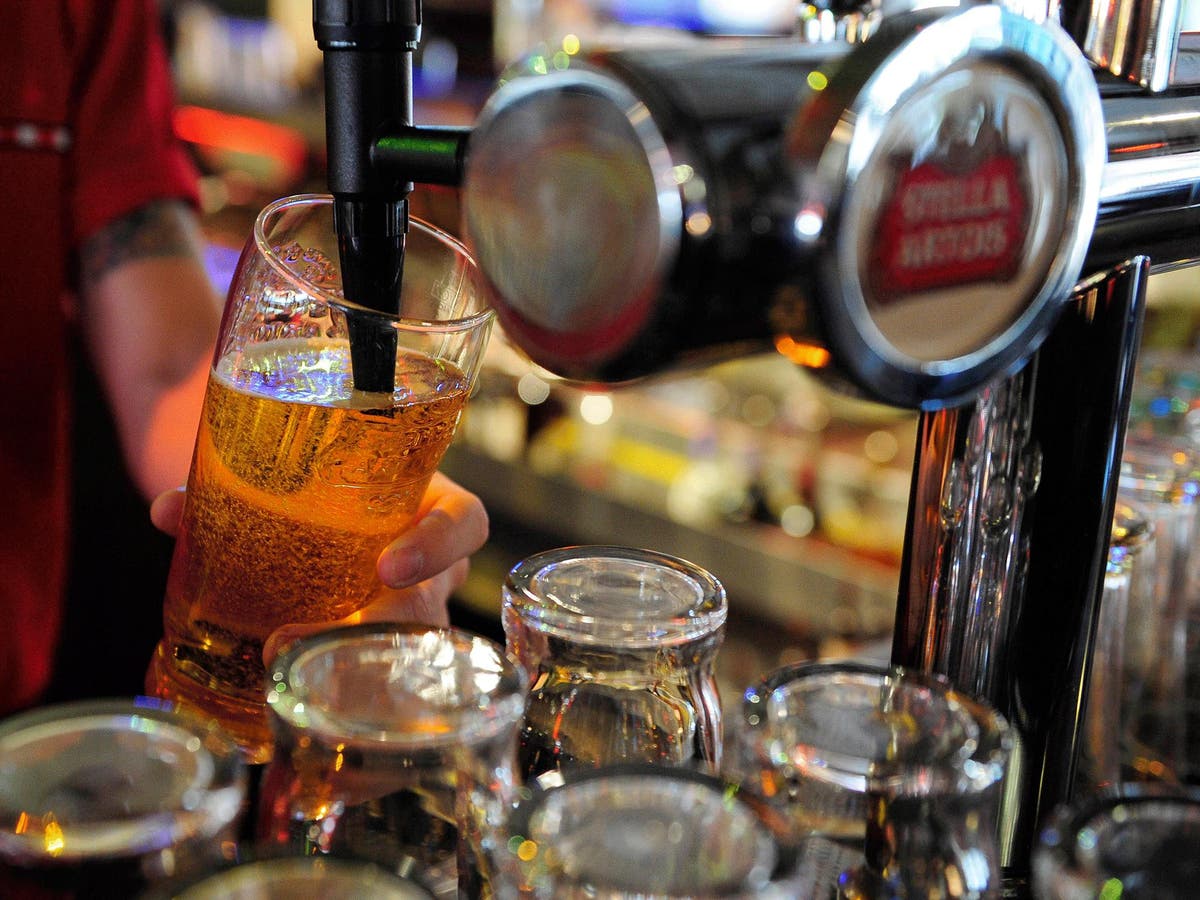 Football fans watching the Euro 2020 semi-final between England and Denmark are expected to buy more than 50,000 pints of beer per minute, an industry body claims.

The British Beer and Pub Association (BBPA) predicted punters would purchase some 6.8 million pints over two hours as the Three Lions attempt to reach their first major final since 1966 on Wednesday.

The BBPA estimated that overall, almost 10 million pints would be sold on Wednesday. That figure would be closer to 12 million were coronavirus restrictions such as social distancing not in place, the group claimed.

Boris Johnson announced this week he would lift England’s remaining Covid-19 social restrictions on 19 July, even though infections are soaring and many people have not been fully vaccinated. Cases could hit 200,000 per day, experts fear.

“If the team goes on to win, a final at Wembley awaits, which would be a huge boost to our pubs and the nation.

“After a long wait, the pubs we love should be restriction-free from 19 July. Only when the restrictions are removed can our pubs recover, but to do so they need government investment to build back better.”

It came as Downing Street announced plans to extend pub opening hours by 15 minutes on Sunday evening, to cater for the potential for extra time and penalties in the Euro 2020 finals.

According to Long Live The Local, a campaign group, some 2,360 pubs closed permanently in 2020 due to coronavirus.

At The Farrier, in Camden, staff expected to sell some 500 pints on Wednesday as well as a large quantity of English wine. The pub has installed two large projector screens for the semi-final and extended its bar area into what is usually its restaurant.

Chris Gibson, its co-founder, told The Independent: “The Euros have been an incredible boost for the pub trade. Everyone I’ve spoken to across the industry in London is feeling the same.

“It’s not just the financial boost to the industry though, it’s seeing that atmosphere back in our venues – some positivity and hope.”