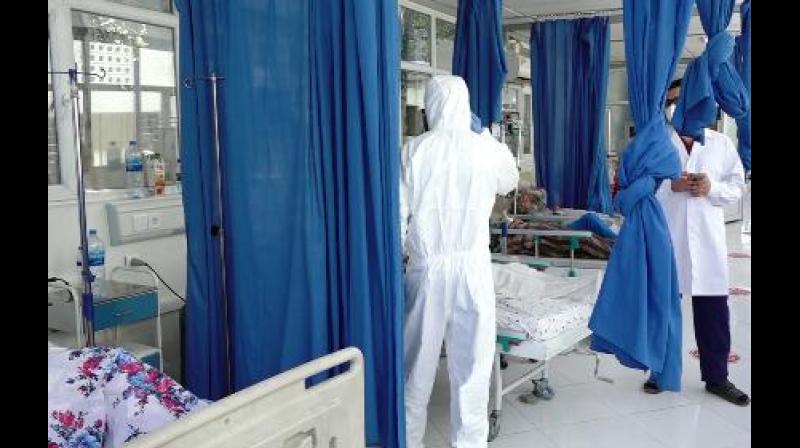 Hyderabad: Nearly 85 per cent of the 700 patients admitted in Government ENT Hospital for black fungus were not vaccinated while only seven per cent had taken one dose, according to data.

The hospital, which is still reporting one or two cases everyday, states that the numbers will be less after a sizable population is vaccinated.

Since the disease was also noted in those patients who were not given steroids, experts state that it is the compromised immunity of human cells that leads to black fungus or mucormycosis.

According to a senior doctor at the hospital, on condition of anonymity, "There are a few patients who came back with fungal infections even after treatment because in the initial stages there was shortage of drugs. They were readmitted and treated."

While these causes were attributed as reasons for the compromised immune state, there were 50 per cent patients, who were not given drugs or oxygen and had only mild Covid-19 but highly-developed black fungus.

Dr Kiran M., senior government doctor, explained, "Diabetes so far has been the most common cause for mucormycosis in India. According to data collected from Kerala, it is found that only 1 in 4 cases of diabetes are properly controlled in the country. There are only 1/3rd people who are aware of their diabetes condition. This underlying disease has manifested in secondary infections as a major cause."

Experts conclude that the picture will be different after both doses of vaccines are completed but for immune compromised people the risk of contracting disease still exists.

Dr Manish Gupta, senior ENT surgeon at Government ENT Hospital, says "Fully vaccinated people will have less Covid complications. There will be post and long Covid problems. The viral disease can manifest but protection from vaccines will save people from developing complications."