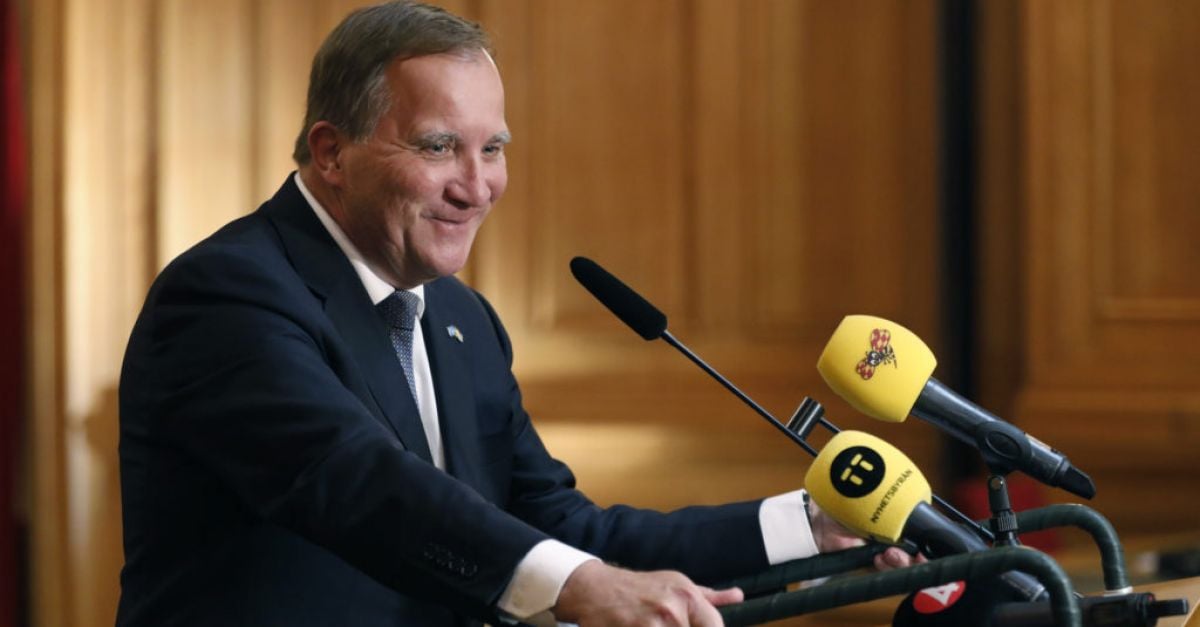 No new ministers were announced in the centre-left government.

In line with constitutional rules, Mr Lofven unveiled in Parliament the names of his 22-member team selected from his own Social Democrats and the Greens.

This is Mr Lofven’s third government since he first became prime minister in Sweden in 2014.

Prior to unveiling his government, Mr Lofven addressed in parliament Thursday’s “tragic plane accident” in Orebro, west of Stockholm, in which nine people were killed.

We “want to express our deepest compassion in their grief”, he said addressing the victims’ families and relatives.

The new government will be formally presented to King Carl XVI Gustaf later on Friday.

The duties of Sweden’s head of state are ceremonial, and the monarch holds no political power.

On Wednesday, Mr Lofven secured 116 votes in the 349-seat Riksdagen, enough to give him a mandate to form a government.

Politicians from the Centre Party and the Left Party abstained from voting which handed Mr Lofven the mandate.

In Sweden, prime ministers can govern as long as there is no parliamentary majority, a minimum 175 votes, arrayed against them.

A total 173 votes were cast against Mr Lofven.

Mr Lofven, 63, last month lost a no-confidence vote called by the right-wing populist Sweden Democrats party after his Left Party ally withdrew its support for the government over proposed legislation to deal with a housing shortage.

Sweden’s next general election is scheduled for September 11 2022.