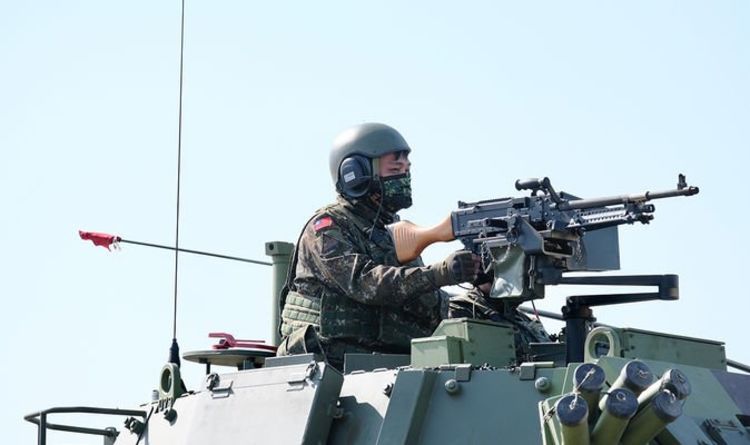 Lee Hsi-min, chief of the general staff of armed forces from 2017 to 2019, and Eric Lee, research associate at the Project 2049 Institute, wrote an article calling for to help stop an invasion of Taipei from . President Joe Biden’s administration has been vocal in supporting Taiwan’s independence from China and in supporting other nations in the , angering Beijing.

He said: “Together, they must develop the means to disrupt, deny, degrade, destroy or deceive the Chinese military’s assets, thus preventing it from achieving military success against Taiwan.

“Doing so would greatly enhance credible deterrence — and that could prevent war.”

The former head of Taiwan’s armed forces also recommended the US “position stocks of munitions, spare parts and other key defence equipment” so Taiwan can be more prepared for a war. 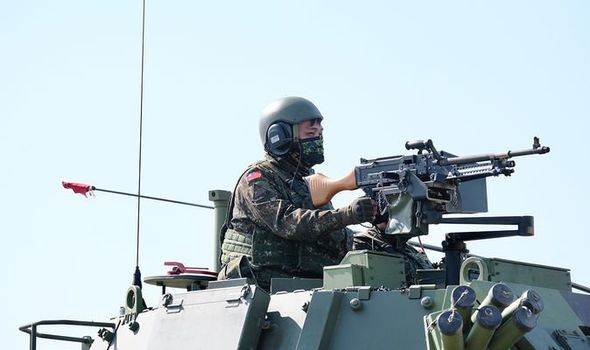 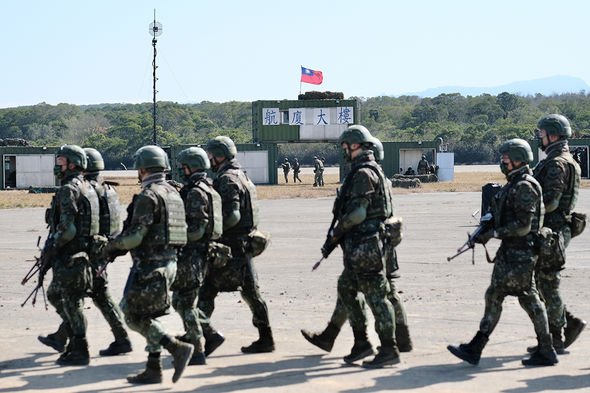 Mr Campbell told the Asia Society online forum: “One of the reasons why the United States is so clear about our dissatisfaction by what China has undertaken in Hong Kong is a clear sense that, quietly behind the scenes, Chinese interlocutors have studied and tried to make an assessment [that asks] if we can do this, ‘what’s the international response and what does that tell us about what the response would be with respect to Taiwan’.

“I just want to underscore that such an effort would be catastrophic.”

In 2020, the US sold $5.861 billion worth of weapons systems to Taiwan, sparking outrage from China.

On Tuesday, Zhao Lijan, a spokesperson from China’s foreign ministry, suggested a potential invasion of Taiwan.

He warned “no one should underestimate the Chinese people’s staunch resolve, firm will, and formidable ability to defend national sovereignty.”

China has also threatened Japan after its Deputy prime minister Taro Aso said an invasion of Taiwan is a “major problem”, adding: “We need to think hard that Okinawa could be the next.”

Mr Zhao said the remarks “harmed the political foundation of China-Japan relations”, and that China “resolutely opposed” them.