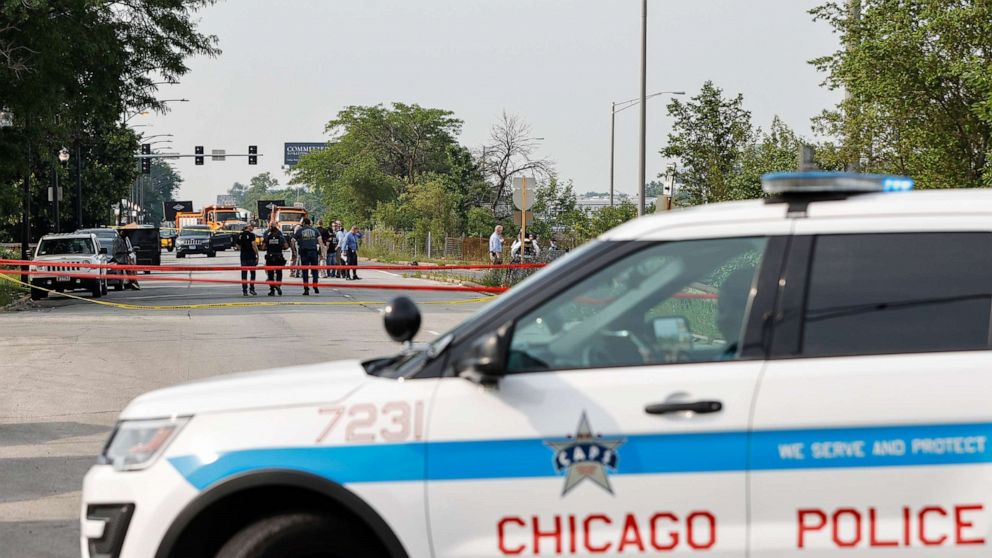 A 28-year-old man accused of shooting three law enforcement officers on Chicago’s South Side has been arrested.

Eugene McLaurin, a Chicago resident, has been federally charged with one count of using a dangerous and deadly weapon to assault an ATF agent, punishable by a maximum sentence of 20 years in federal prison, in connection with the shooting, the U.S. Department of Justice announced Thursday.

McLaurin was expected to appear in court later on Thursday.

Two ATF Chicago agents and one Chicago Police Department officer were shot Wednesday morning on the heels of a violent holiday weekend where shootings in the city reached triple digits.

The officers were driving in the Morgan Park neighborhood, near an on-ramp to Interstate 57, just before 6 a.m. when they were fired upon by another vehicle, Chicago Police Superintendent David O’Neal Brown told reporters Wednesday morning. The officers were undercover and in an unmarked car.

The officers were participating in a federal investigation when they noticed that a white Chevrolet Malibu was following them, according to the Justice Department. After the officer took note of the license plate, the driver in the Malibu pulled alongside the vehicle, rolled the windows down and opened fire, officials said.

The Malibu was later found parked on a street in Chicago, and McLaurin was taken into custody later on Wednesday, according to the justice department. The investigation into the shooting continues.

The officers’ injuries were not life-threatening. One of the ATF agents was struck in the hand, the other was hit on the side of the torso and the police officer was grazed in the back of the head, Brown said. They were taken to Christ Medical Center and were last reported in stable condition, said Tom Ahern, deputy director of the police department’s news affairs and communications,

One of the ATF agents is female, while the other two officers are male, and all three are senior officers, he added.

Brown declined to provide details on the case the officers were working to avoid compromising the investigation.

The attack marks brings the tally of officers shot in Chicago this year to 36, Brown said. The shooting comes after a deadly Fourth of July weekend in the city, when 100 people were shot, 18 of whom died, including a 15-year-old boy, ABC Chicago station WLS reported. Two Chicago Police officers and five children 13 and younger were among the injured.

Brown said Tuesday that Chicago officers were “performing at the highest level” and are “risking everything to protect the people of Chicago.”

“They are doing their part, and no one would do what these officers are doing right now,” Brown said. “This is a very challenging time to be in law enforcement right now. They are rising to the challenge, doing all they can. The work they do is extremely dangerous.”

Speaking from outside the hospital, Chicago Alderman Matt O’Shea urged President Joe Biden to come to Chicago and offer additional assistance to the city, saying that 100,000 armed gang members who “have absolutely no fear, no respect for life” are wreaking havoc on the city. Residents are scared to let their children play outside, he said.

Biden was met by Chicago Mayor Lori Lightfoot upon landing in Chicago Wednesday afternoon. During the greeting, Biden expressed his personal support for the law enforcement officers that were injured and reiterated his commitment to working with the city in the fight against gun violence, said White House Press Secretary Jen Psaki.

Biden was scheduled to visit Crystal Lake, a city about 45 miles northwest of Chicago, Wednesday afternoon.