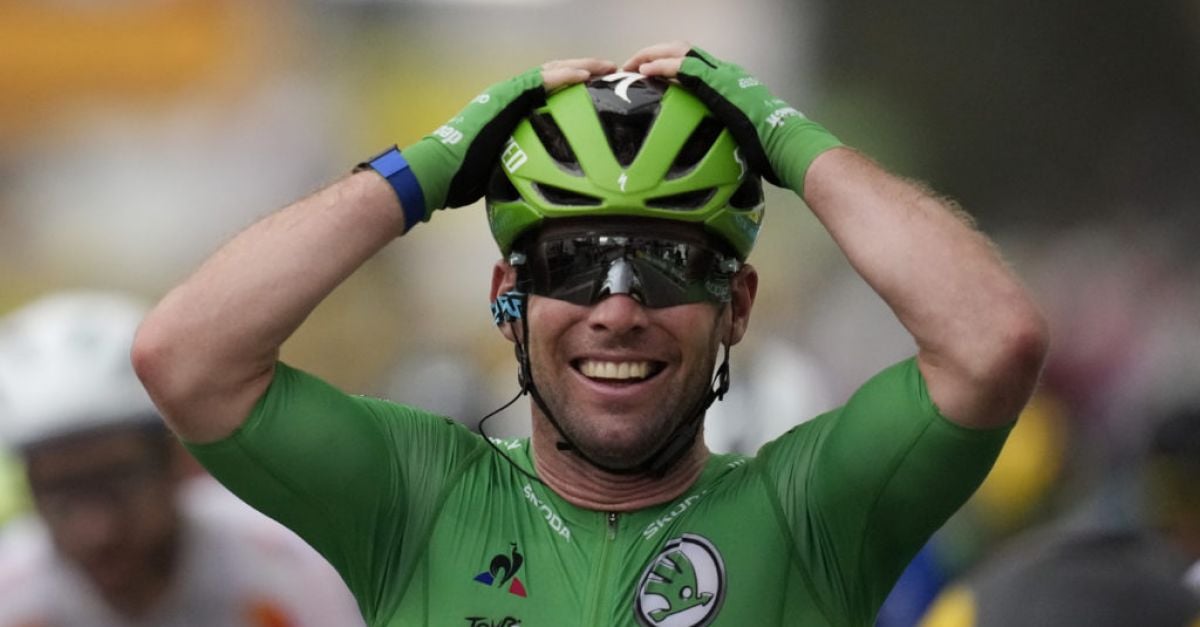 Mark Cavendish matched the Tour de France stage wins record as he collected the 34th of his career in Carcassonne.

Cavendish moved level with Eddy Merckx as he took victory ahead of his own lead-out man Michael Morkov, with Jasper Philipsen third at the end of the 220km stage 13 from Nimes, giving Cavendish his fourth win of this year’s Tour.

The 36-year-old has enjoyed a remarkable return to form and capitalised on an unexpected selection for the Deceuninck-QuickStep squad, winning his first stages in the race since 2016.

Cavendish moves level with the Belgian Merckx, a five-time overall winner of the Tour, who took the last of his stage wins in 1975.

If he can stay safe through the mountain stages to come, the Manxman should have two more opportunities to take the record outright, first on stage 19 into Libourne and then on the final day on the Champs-Elysees in Paris.

Friday’s stage had been tipped for a breakaway – Carcassonne, hosting a stage for the 11th time, had never previously seen a sprint finish – but Cavendish’s Deceuninck-QuickStep team worked well to mark the early moves before allowing a three-man move to get up the road.

The race came back together later on – a tense finish marked by a significant crash with 65km to go – but Cavendish’s team-mates bossed the road in the citadel to position him for victory.

Philipsen tried to come around the outside inside the final 100 metres, but Cavendish once again proved the strongest to extend his advantage in the points leader’s green jersey.

Cavendish looked exhausted as he collapsed to the floor after the finish before being mobbed by his team-mates.

“It’s tiring,” he said. “I can’t even think about (the record). I’m afraid I’m so dead after 220km in that heat, that wind and that finale, phwoar.

“I went deep, I went so deep there. The boys were incredible. I can’t believe it. A lot of the day it didn’t feel like it (was going to happen) but it had to happen because I had the guys riding like they were.

“I was so on the limit there.”

“I’ve worked so hard for it. We’ve seen such a growth, especially in the UK, of cycling since I’ve started racing here at the Tour de France.