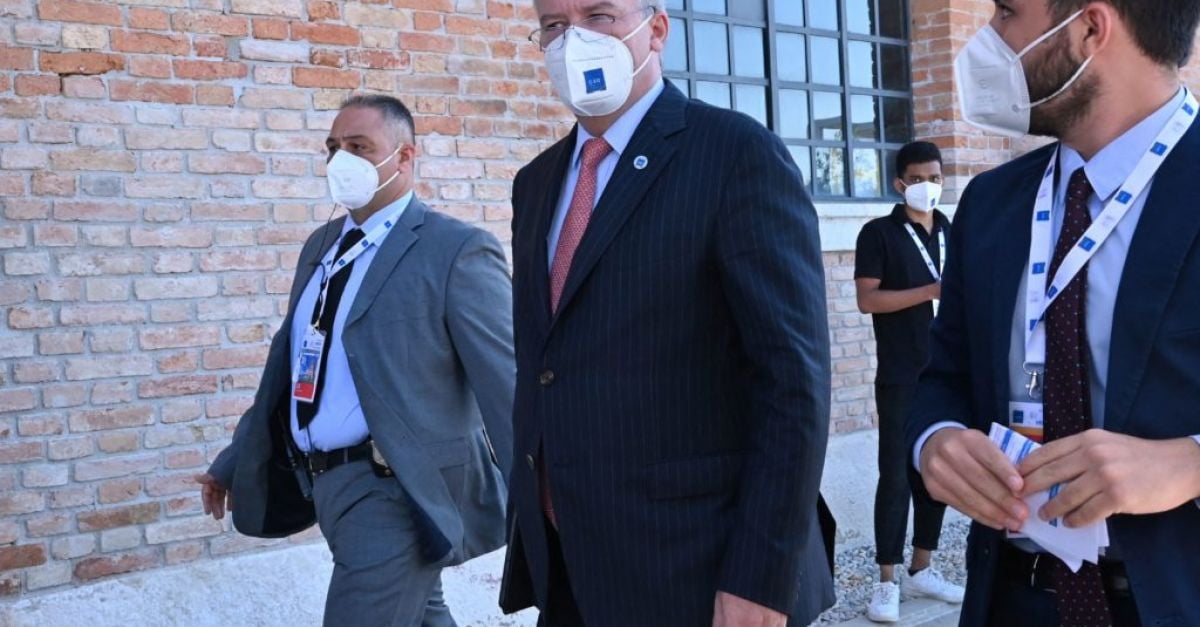 Finance chiefs of the G20 large economies endorsed a landmark move to stop multinationals shifting profits to low-tax havens at talks on Saturday, where they will also warn that coronavirus variants threaten the global economic recovery.

They also acknowledged the need to ensure fair access to vaccines in poorer countries. But a draft communique to be rubber-stamped at the meeting in the Italian city of Venice did not contain specific new proposals on how to do that.

The tax deal was set to be the biggest fresh policy initiative emerging from their talks. It caps eight years of wrangling over the tax issue and the aim is for national leaders to give it a final blessing at an October G20 summit in Rome.

The pact would establish a global minimum corporate tax of at least 15 per cent to deter multinationals from shopping around for the lowest tax rate.

It would also shift the way that highly profitable multinationals such as Amazon and Google are taxed, basing it partly on where they sell products and services, rather than on the location of their headquarters.

German Finance Minister Olaf Scholz confirmed to reporters that all G20 economies were on board for the pact, while US Treasury Secretary Janet Yellen said a handful of smaller countries still opposed to it, such as low-tax Ireland and Hungary, would be encouraged to sign up by October.

“We’ll be trying to do that, but I should emphasise it’s not essential that every country be on board,” she said.

“This agreement contains a kind of enforcement mechanism that can be used to make sure that countries that are holdouts are not able to undermine — to use tax havens that undermine the operation of this global agreement.”

The G20 members account for more than 80 per cent of world gross domestic product, 75 per cent of global trade and 60 per cent of the population of the planet, including big-hitters the United States, Japan, Britain, France, Germany and India.

In addition to European Union holdouts Ireland, Estonia and Hungary, other countries that have not signed on include Kenya, Nigeria, Sri Lanka, Barbados and St Vincent and Grenadines.

Among other sticking points, a fight in the US Congress over President Joe Biden’s planned tax increases on corporations and wealthy Americans could cause problems, as could a separate EU plan for a digital levy on tech companies.

US Treasury officials say the EU plan is not consistent with the wider global deal, even if the levy is largely aimed at European firms.

Beyond the tax agreement, the G20 will address concerns that the rise of the fast-spreading Delta coronavirus variant, combined with unequal access to vaccines, pose risks to global economic recovery.

Citing improvements in the global outlook so far, the draft adds: “However, the recovery is characterised by great divergences across and within countries and remains exposed to downside risks, in particular the spread of new variants of the Covid-19 virus and different paces of vaccination.”

A Reuters tally of new Covid-19 infections shows them rising in 69 countries, with the daily rate pointing upwards since late-June and now hitting 478,000.

“We all have to improve our vaccination performance everywhere around the world,” French Finance Minister Bruno Le Marie told reporters. “We have very good economic forecasts for the G20 economies and the single hurdle on the way to a quick, solid economic rebound is the risk of having a new wave.”

“It is a critical moment that calls for urgent action by the G20 and policymakers across the globe,” she said in an appeal made in the run-up to the meeting.

The communique, while stressing support for “equitable global sharing” of vaccines, did not propose concrete new measures, merely acknowledging a recommendation for $50 billion (€42 billion) in new vaccine financing by the IMF, World Bank, World Health Organisation and World Trade Organisation.

The IMF is also pushing G20 countries to decide on a clear path for allowing rich countries to contribute some $100 billion (€84 billion) worth of newly issued IMF reserves to poorer countries.

IMF First Deputy Managing Director Geoffrey Okamoto told Reuters his goal was to be able to present a viable option for channelling newly issued Special Drawing Rights to countries in need by the time a fresh $650 billion (€547 billion) allocation is completed at the end of August.