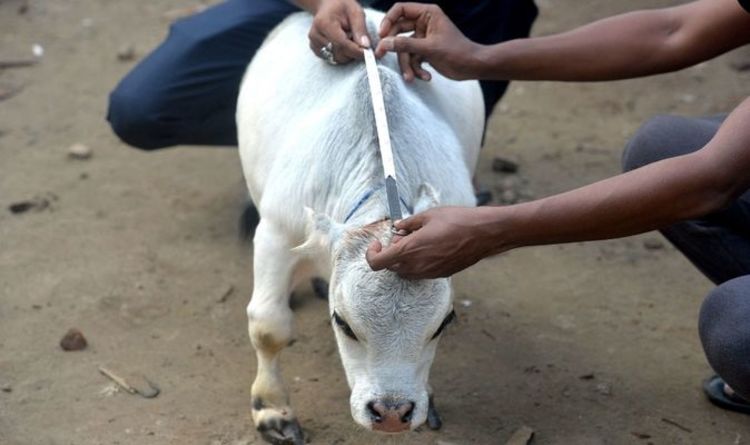 Thousands of people have been traveling to see the 23-month-old Bhutti, or Bhutanese, due to its unusually small size. At just 51cm (20in) tall and weighing 28kg (62lb), Rani the cow’s owners claim she is the smallest cow in the world.

The owners claim Rani is 10 centimetres shorter than the current record holder.

Farm manager Hasan Howladar has made a bid to enter the Guinness Book of Records.

The cow lives on a farm in Charigram, near the capital Dhakta, and more than 15,000 people have visited the farm especially. 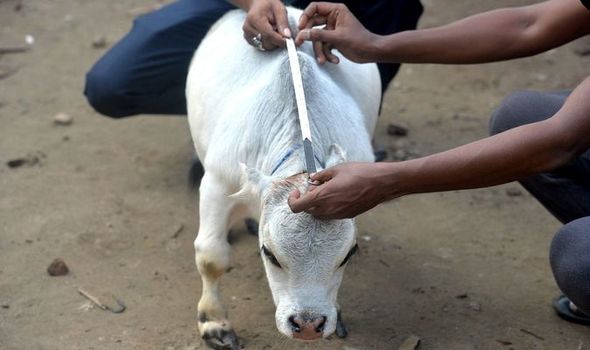 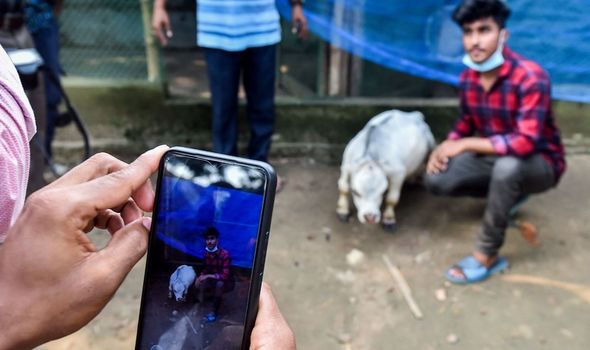 “Most want to take selfies with Rani.

“More than 15,000 people have come to see Rani in the past three days alone.

“Honestly speaking, we are tired.”

Bangladesh is currently in the middle of a strict nationwide lockdown. With Covid cases reaching new records, it was extended by another week. 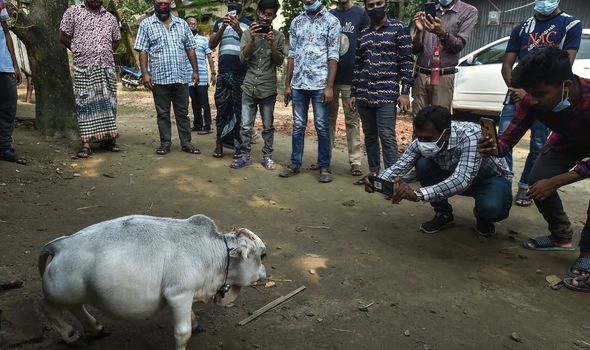 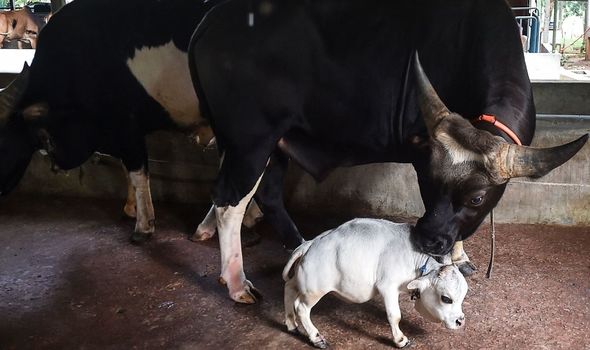 “We did not expect such huge interest,” the farm manager said.

“We did not think people would leave their homes because of the worsening virus situation.

“But they have come here in droves.”

Guinness World Record officials are to visit Rani later in the year to confirm the record.

“I have never seen anything like this in my life,” visitor Rina Begum told BBC Bangla. 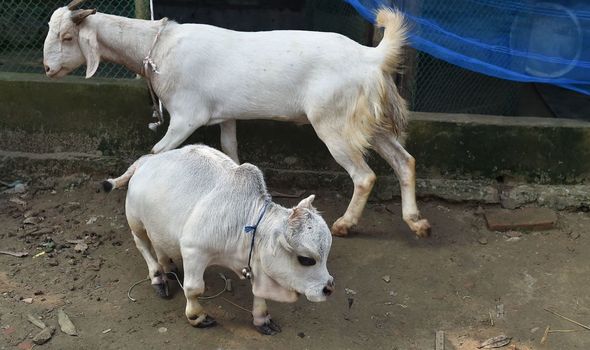 A Bhutti cow is prized for its meat in Bangladesh, however, Rani’s owners have said that they have no intentions of parting with the cow.

Rani is afraid of the other cows and has difficulties walking, he told the BBC, so they keep her separate from the others.

“She doesn’t eat much. She eats a small amount of bran and straw twice a day,” said Mr Howladar.

“She likes to roam outside and seems to be happy when we take her in our arms.”