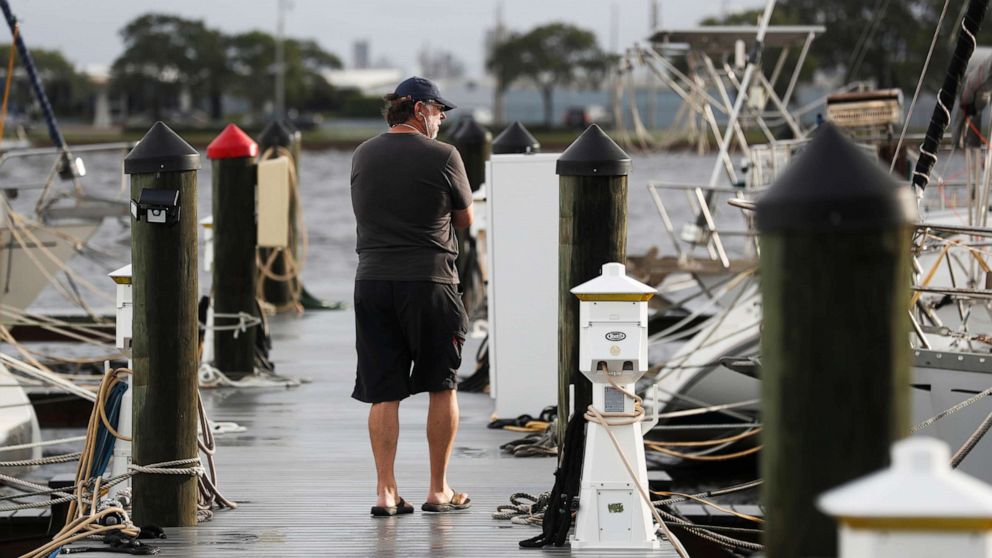 Tropical Storm Elsa is delivering heavy rain as it moves up the East Coast, with more than 50 million Americans under flash flood watches over the next 24 hours.

The storm is moving northeast at 21 mph, with the center about 125 miles west-southwest of Norfolk, Virginia, as of early Thursday evening. Parts of the mid-Atlantic saw heavy rain and wind gusts this afternoon, extending into southeastern Virginia and southern Maryland, as maximum sustained winds reached 50 mph.

There have been four reported tornadoes in three states thanks to Elsa, with Florida, Georgia and South Carolina all reporting damage.

A tornado watch has been extended into southeastern Virginia and southern Maryland into Thursday evening.

Elsa is forecast to hug the Northeast coastline as it heads toward Nova Scotia, with some strengthening possible over the next 24 hours.

Heavy rain and gusty winds are expected in parts of Virginia and Maryland, and later in Delaware as it gets closer to Friday. The storm is forecast to hit Philadelphia and New York City early Friday, with heavy rain likely affecting commutes.

By late morning Friday, conditions likely will shift into New England and last into the afternoon and evening, before heading out of Maine Friday night.

Through Friday, a large swath of the East Coast is forecast to receive 2 to 4 inches of rain. The highest totals are likely along and east of Interstate-95 up across the mid-Atlantic. Up to 6 inches of rain is possible in parts of New York, Connecticut and Massachusetts.

Unrelated to Elsa, a severe thunderstorm watch has been issued for parts of the Northeast, from Pennsylvania to Connecticut, and remains in effect into Thursday evening.