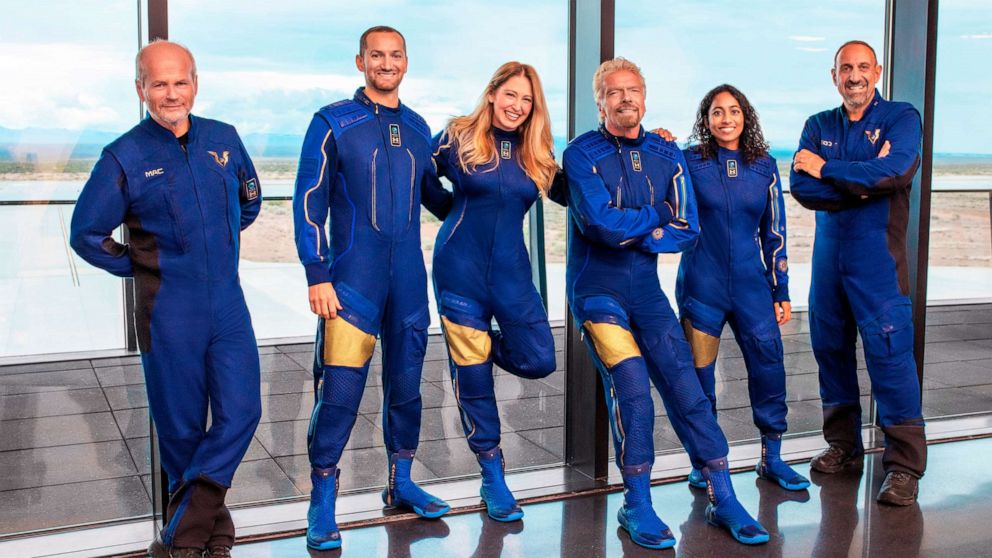 Billionaire Sir Richard Branson is set to launch to the edge of space Sunday in the first fully crewed flight from his private space tourism firm Virgin Galactic.

Branson, 70, will serve as a mission specialist on what is being called the Unity 22 mission, the fourth crewed spaceflight for Virgin Galactic’s VSS Unity spacecraft. Unity is launched from a separate “mothership” aircraft called VMS Eve that takes off from a conventional runway before releasing the spaceship at an altitude of approximately 50,000 feet.

The launch will take place from New Mexico’s Spaceport America, and live coverage will commence at 10:30 AM ET (7:30 AM PT; 8:30 AM MT) on Sunday on Virgin Galactic’s website and social media pages.

Pilots Dave Mackay and Michael Masucci will fly the spaceship, with C.J. Sturckow and Kelly Latimer flying the aircraft from which the spaceship will dispatch.

Branson’s role is to evaluate the private astronaut experience to prepare for future customers, which Virgin Galactic expects to do beginning in 2022.

Virgin Galactic has taken heat from critics, including the Twitter account of competitor Blue Origin, for stretching the definition of “space” as its flights do not go above the Karman line (62 miles above Earth) that is defined by many — but not all — as the boundary between Earth’s atmosphere and space.

“I truly believe that space belongs to all of us,” Branson said in a statement earlier this month announcing his spaceflight. “After 17 years of research, engineering and innovation, the new commercial space industry is poised to open the universe to humankind and change the world for good.”

Branson’s spaceflight comes just nine days ahead of when Amazon founder Jeff Bezos said he will launch into space via his own firm, Blue Origin.