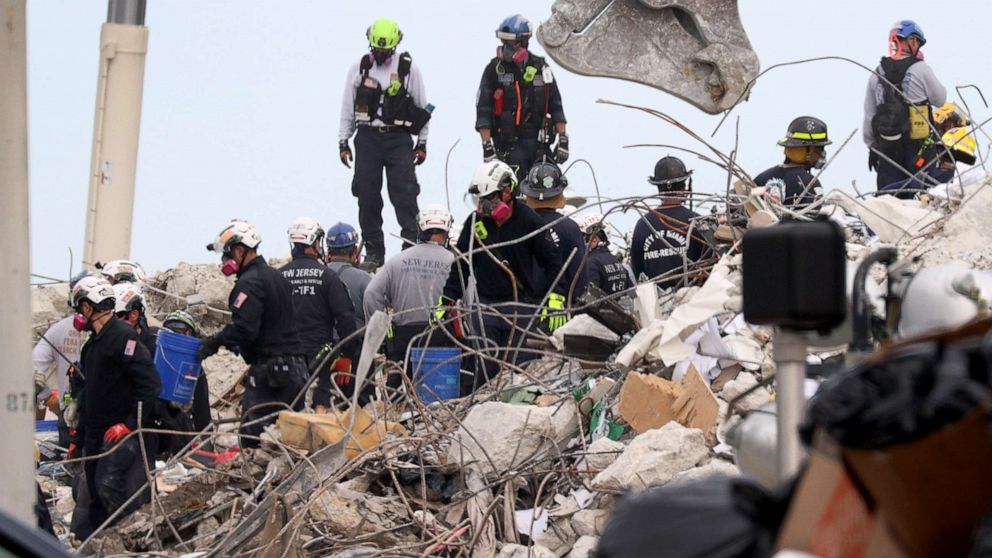 Surfside building survivor Zulia Taub had called Apartment 506 in the Champlain Towers South home for more than two decades. On June 24, she watched her life crumble to the ground.

The 82-year-old said she was at her apartment when she thought she’d heard thunder.

“I heard a terrible noise and the building shook. … I grabbed a flashlight and I grabbed my purse,” said Taub. “I went to the staircase and to my surprise that part of the building was not there anymore and I saw rubble and I saw people crying.”

Taub said a group of neighbors crowded onto another person’s apartment balcony where they were eventually rescued by the fire department.

She said the surrounding disaster reminded her of another American tragedy.

Almost three weeks after the collapse, the official death toll on Thursday had jumped to at least 64. The search effort has since turned into a recovery mission as teams continue to comb through the rubble for the more than 80 people who are still unaccounted for.

Taub said she’s not only grappling with the loss of her friends and neighbors but also all of her belongings. She said the only thing she saved from the collapse were the pajamas on her back, her housecoat and a purse.

“This is my home. I volunteer and I love Florida and I would love to stay,” she said,

Still, she said that she’s been grateful for the support of the Jewish community in Surfside.

“The Jewish community is extremely giving with love,” said Taub. “It’s not what you give, it’s the way you give.”

“He gave me a hug, gave me a box [with] a charger, toothbrush, little things and a gift card,” said Taub. “It’s not only what they gave me, it’s the way they gave [those things to] me.”

Despite it all, she said she’s determined to rebuild her life in Surfside.

“Sometimes I feel at peace and sometimes I feel sadness very deep, and I have to get strength to start again,” she said. “[But] I will do it because I’m here.”