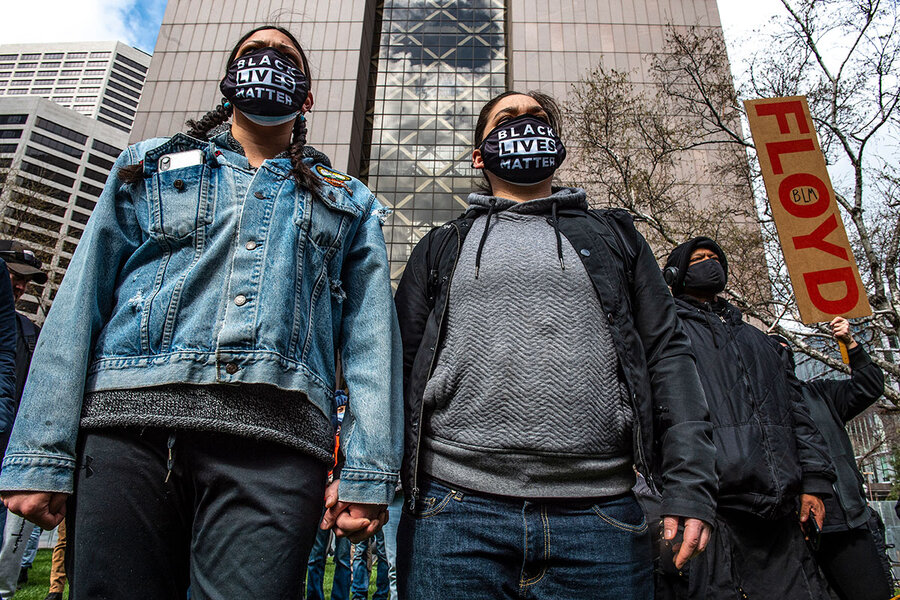 Over the past year anti-racism protests have swept the United States, sparked by the death of George Floyd at the hands of now-convicted former Minneapolis police officer Derek Chauvin. Marches and protests spanned every U.S. state – a massive expression of public concern but also a movement perceived by some to be violent.

In January Rep. Paul Gosar of Arizona said Black Lives Matter “burns and loots,” for example. And in a Morning Consult poll 13 months ago, 42% of Americans said most protesters are trying to incite violence or destroy property.

A zoomed-in view on a particular protest may show violence, but data from the Crowd Counting Consortium (CCC) provides a zoomed-out view, showing that protests in the aggregate were largely peaceful.

Last year’s surge in protests against racism and police brutality drew harsh criticism in some quarters for being extremely violent or destructive. Fresh data analysis helps put those perceptions in a new light.

Started in 2017, the CCC is a public access database that tracks protest activity in the United States. With the help of a web crawler and citizen reporting, a research team compiles and codes protests reported in the media. The CCC breaks down violence into four categories: number of arrests, number of participant injuries, number of police injuries, and property damage. The group also tracks published estimates of crowd size.

“Worldwide, we’re living in a time where we’ve seen more revolutionary movements using protest and nonviolent action more generally as their primary method than we’ve seen at any other time in the past 120 years,” says Erica Chenoweth, a professor at the Harvard Kennedy School and co-director of the CCC.

Inaccurately labeling a protest group as violent can be a political tool to delegitimize a movement’s claims. A protest movement deemed violent by the media or political officials can lose momentum, depressing public interest and support, says Dr. Chenoweth. “Far more people are willing to participate in a movement that they perceive to be nonviolent. [Because of the] political salience of these terms … we have to be really careful when we’re using them.”