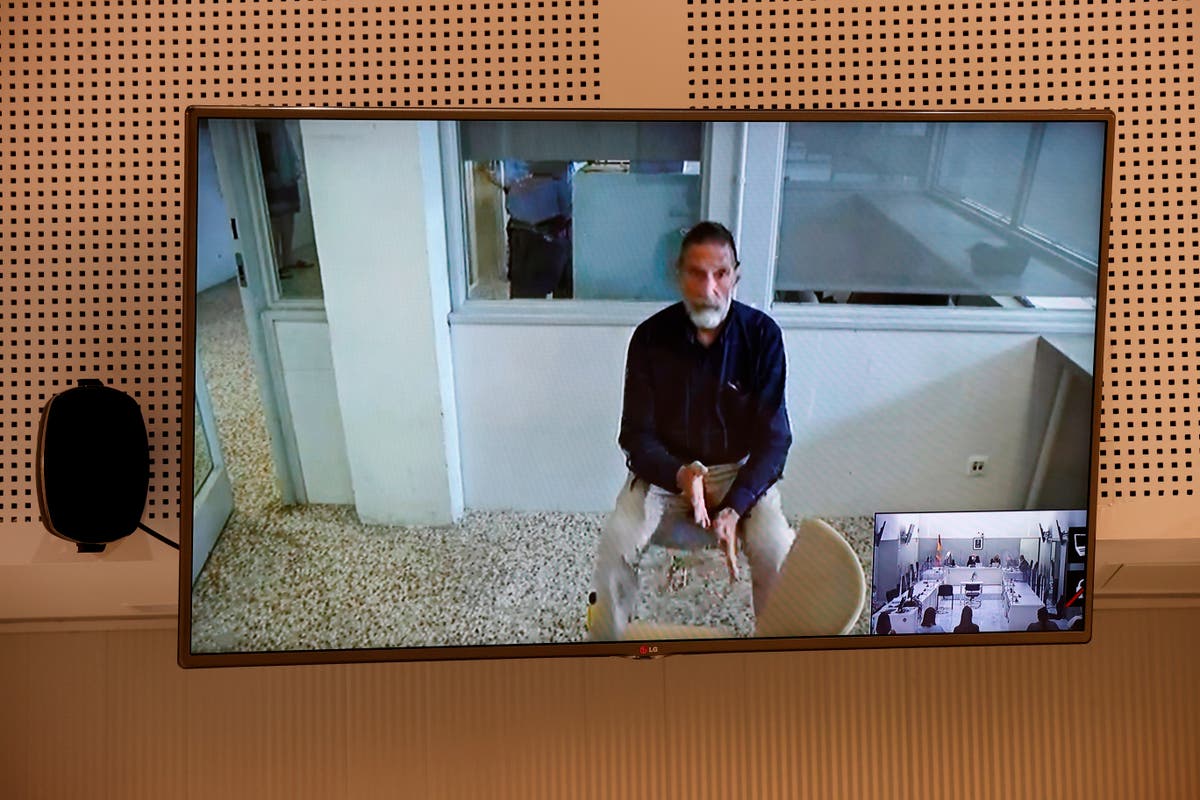 “Know that if I hang myself, a la Epstein, it will be no fault of mine.”

Less than nine months after writing these words from inside a Spanish prison, John McAfee’s lifeless body was discovered inside his cell.

Shortly after his death, the Catalan justice department released a statement saying “everything indicates” that the 75-year-old had taken his own life. But his prophetic comment, together with a trail of online breadcrumbs left by the tech tycoon in the months and years leading up to 23 June, mean his death is no less cryptic or controversial than the life he lived.

I saw that chaotic and occasionally confusing life close-up, during numerous meetings and conversations throughout the final years of McAfee’s life. The last time I spoke to him, just a few weeks after his Epstein warning, suicide was a long way from his mind. When I asked how he was managing to keep his spirits up while incarcerated in a foreign prison, he replied: “As I always do, by finding the humour and sometimes the beauty that exists in almost all environments.”

McAfee had spoken frequently about his belief that the high-profile socialite and convicted sex offender Jeffrey Epstein was murdered in his New York jail cell while awaiting trial. He believed that, like Epstein, people in powerful places wanted him silenced.

In November 2019, three months after Epstein’s death, McAfee tattooed the word “WHACKD” on his right arm. “If I suicide myself, I didn’t,” he tweeted. “I was whackd.”

At the time, McAfee was on the run from US authorities, sailing around the Caribbean with his wife and bodyguards and occasionally clashing with local law enforcement.

Getting subtle messages from U.S. officials saying, in effect: "We're coming for you McAfee! We're going to kill yourself". I got a tattoo today just in case. If I suicide myself, I didn't. I was whackd. Check my right arm.$WHACKD available only on https://t.co/HdSEYi9krq🙂 pic.twitter.com/rJ0Vi2Hpjj

He was briefly detained in the Dominican Republic for carrying high-calibre weapons without declaring them, but was released after a few days and put on a plane to Europe, where he went off the grid once again.

It wasn’t the first time McAfee had fled authorities. In 2012, he notoriously escaped Belize on a boat after being named a “person of interest” in the murder investigation of his neighbour. After being arrested in Guatemala for illegally entering the country, he faked a heart attack while in custody in order to delay his deportation and give his lawyers enough time to file appeals and secure his release.

In the years since, he claimed to have been pursued by various branches of federal law enforcement agencies – including the CIA and FBI – as well as Cental American cartels.

His final adversary, however, proved to be the pencil pushers at the Internal Revenue Service.

In June 2020, McAfee was indicted for failing to file tax returns between 2014 and 2018. This was something he freely admitted to, going even further by publicly confessing to not paying taxes for 10 years, informing the IRS that he refused to file returns “in principle”.

It was these alleged offences that eventually caught up with him at Barcelona airport last October, when Spanish police arrested him at the request of the US Department of Justice, as he was preparing to catch a flight to Turkey. Hours before his body was discovered on 23 June, the country’s national court had finally agreed to extradite him to face charges in the US.

Once dubbed the “Prophet of Paranoia”, McAfee went to extraordinary lengths to protect his life. The first time I met McAfee in person was in a hotel bar in Charlotte, North Carolina, in 2015. He had recently announced his candidacy for the US presidency and had pistols in each of his trouser pockets. He also had a fully armed bodyguard with him and later took pride in showing me around his tricked-out truck: fitted with lasers, sirens, reinforced windows and a pneumatic bumper that could repel assailants. I did not doubt him when he told me he slept with an automatic weapon beneath his pillow.

It was partly thanks to this paranoia that McAfee had made his fortune more than 30 years previously. As the founder of the eponymous antivirus company, he was the first to foresee the threat posed by computer viruses back in the 1980s. This innate sense of looming danger appeared never far away.

In 2017, one of his live-in security guards told me that he once found McAfee naked in his living room at 4am, firing bullets at a perceived intruder within the walls of his house. It was all part of a plot to kidnap him, McAfee told me.

Several months later, in the basement toilets of a Mayfair hotel, McAfee was back on the subject of conspiracies. Midway through a post-conference dinner, he had left the table in a hurry and sent one of his bodyguards to summon me. He pulled me into a cubicle and told me he had another “mind blowing” story. What he told me is too libellous to publish but it involved powerful Silicon Valley elites injecting the blood of infants in order to prolong their lives beyond their natural span.

On the day his body was found, an image of a single letter “Q” was posted to his Instagram account. This was instantly taken as a reference to the discredited QAnon conspiracy theory, which also attempted to link a high-level cabal to child exploitation.

McAfee claimed in June 2019 to have more than 31 terabytes of incriminating data relating to corruption at the highest levels. “The instant I disappear, the information is released,” he said. “Those named would be crazy to kill me or collect me. They are simply praying I live forever. If it’s released, revenge takes over and I’m dead.”

QAnon advocates are already speculating that there is a key code to a “dead man’s switch” containing damning evidence against the deep state.”We will see if this pans out,” QAnon adherent MelQ posted to her 139,000 Telegram followers following McAfee’s death.

Similar to Epstein’s death, theories have also arisen that McAfee is not dead at all. He frequently boasted of having various body doubles that he employed to confuse his pursuers, and even claimed that the CIA poisoned one of his doppelgangers on the way to a blockchain conference.

The CIA tries to silence me. I escape. One of my many body doubles disapears on the way to do a keynote as me. He wakes up 11 days later with no memory. Hospital says he was poisoned wake up America! pic.twitter.com/Jne7vNj2aX

The wild allegations and mysterious posts have all helped foment suspicion around his death, and within hours of it being announced, the hashtag #JohnMcAfeeDidntKillHimself was trending on social media.

Two autopsies of McAfee’s body are expected to take place next week – an official state one, followed by an independent one – but it is unlikely these will dispel the questions and conspiracies that now shroud his death as much as his life.