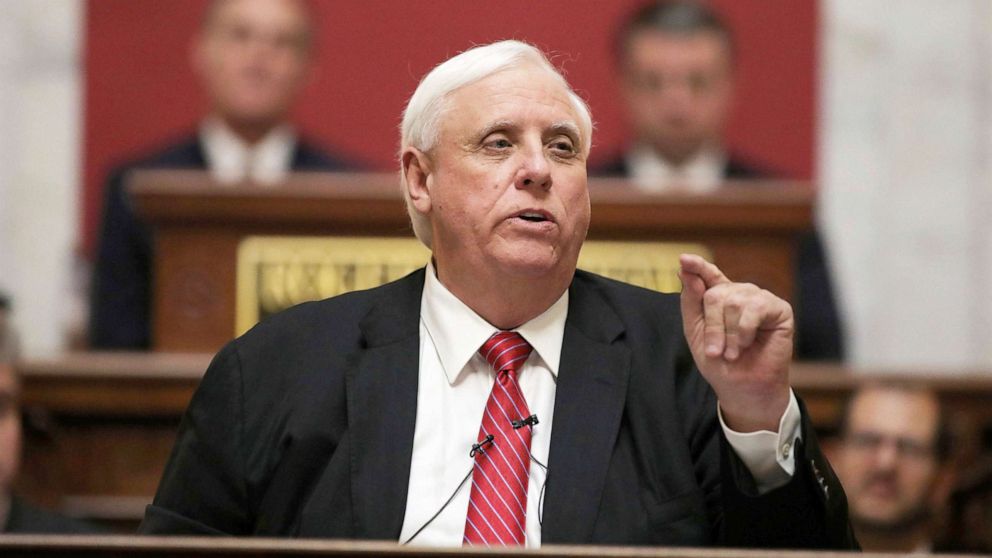 As the country marks its 245th Independence Day, the Biden administration has officially missed its target of getting 70% of all adults at least one shot of a COVID-19 vaccine. And as state governments examine what went wrong with their vaccine rollout programs, a culprit is clear: the younger population is significantly less likely to be vaccinated.

“At the end of the day, the young people — we’re having a hard time getting them across the finish line and getting them vaccinated,” West Virginia Gov. Jim Justice told ABC “This Week” Co-anchor Martha Raddatz.

“They’re young people all across this country that are not getting vaccinated,” Justice added. “It’s a challenge. That’s all there is to it.”

When that statistic is broken down by age group, the vaccination rate plummets in younger generations. While more than 78% of the U.S. population over the age of 65 is vaccinated in the United States, according to the U.S. Centers for Disease Control and Prevention, only 39.5% of 18- to 24-year-olds are fully vaccinated against COVID-19.

“Let’s go back to who’s not getting vaccinated,” Raddatz said. “The statistics will show it’s poverty, race and you just look at the map — it’s a lot of red states.”

“Well, I mean, there’s some truth to that and everything,” Justice responded. “Because, you know, the red states probably have a lot of people that, you know, are very, very conservative in their thinking. And they think, ‘Well, I don’t have to do that.’ But they’re not thinking right.”

“Do you really think those people who aren’t vaccinated — who as you said may be more conservative, may not want anybody in their business — are really ever going to get vaccinated?” Raddatz asked. “What could actually put them over the edge to want it at this point?”

“Well, Martha, I hate to say this, is what would put them over the edge, is an awful lot of people die,” Justice responded. “The only way that’s going to happen is a catastrophe that none of us want.”

“And so, we’re just going to keep trying,” he added.

In the capital of West Virginia, the local Kanawha-Charleston Health Department is only vaccinating eight to 10 people a day, according to Dr. Sherri Young, a health officer and the executive director of the health department. On their best day earlier this year, they had administered 5,344 shots.

“Do you think that last little trickle out there — which is pretty sizable — will ever do it?” Raddatz asked Young.

According to a new ABC News/Washington Post poll, 74% of people who are unvaccinated probably won’t get a shot, which is up from 55% in April.

While reporting in West Virginia, ABC News came across dozens of individuals under the age of 35 who were still unvaccinated.

William Paterson, 22, of Morgantown, West Virginia, told Raddatz he would “probably not” get the vaccine because he felt he wasn’t at risk.

“Do you worry that you might give it to someone else?” Raddatz asked Paterson.

“A lot of the people in my family that are at health risks are already vaccinated, so I’m not really that worried about it right now,” he replied.

When asked if the vaccine lottery swayed his decision to get vaccinated, Paterson said “it doesn’t change anything really.”

Justice told ABC News that people are gambling with their lives.

“When it really boils right down to it, they’re in a lottery to themselves,” Justice said. “We have a lottery, you know, that basically says, ‘if you’re vaccinated, we’re going to give you stuff.'”

“Well you’ve got another lottery going on,” he added. “And it’s the death lottery.”

“I was saying earlier, that it’s the old, ‘you can lead a horse to water but you can’t make ’em drink,’ right?” Raddatz said to the governor. “You’ve provided the vaccine, and yet…”

“Maybe what you got to do is lead them to water — and then if they won’t drink — you’ve got to just, some way, stand up and push their head down to some way — at least a few will drink,” Justice responded. “And that’s what we got to do.”

Some young adults are gradually visiting their local pharmacies though. Ally Kirk, 20, got vaccinated the day ABC News spoke with her.

“Well, a lot of my friends started getting it,” Kirk told Raddatz, while explaining what changed her mind about getting vaccinated. “My parents were vaccinated. I felt a lot more comfortable with it. I did some research on my own, and I felt that it was time for me to get it. I was ready. I’m ready to move past COVID and get on with life back to normal.”

Hannity’s pro-vaccine speech is welcome. But he’s not the Fox News voice that matters most.