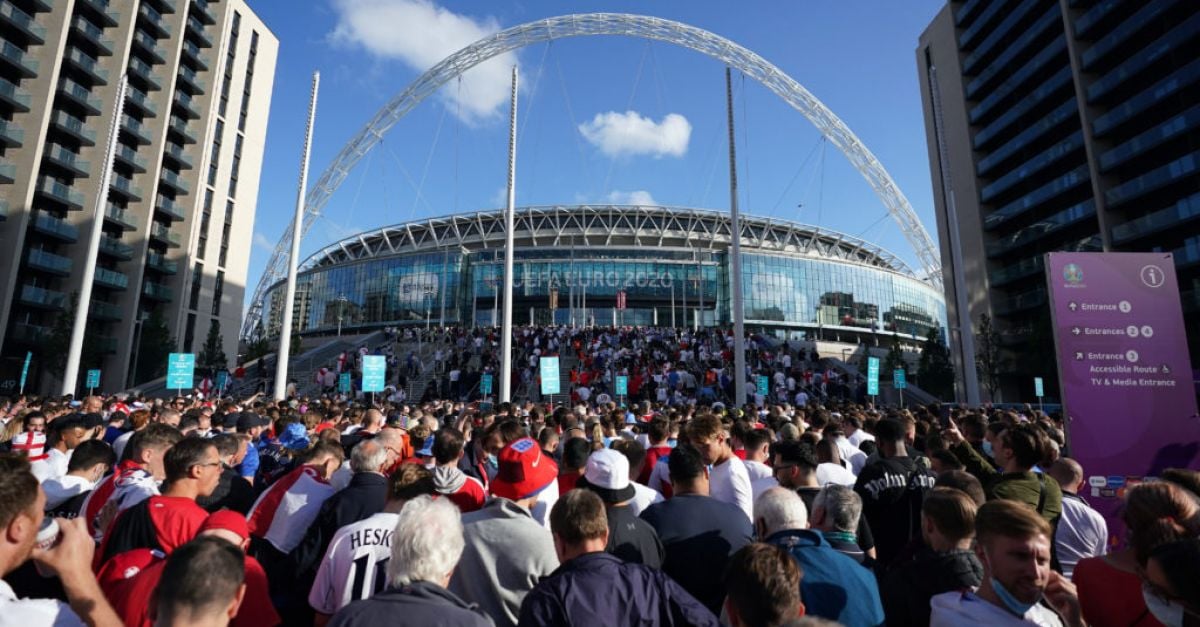 The UK’s Labour party has called for a price cap to be included in any joint Ireland/UK bid for the 2030 World Cup, as tickets for Sunday’s Euro 2020 final topped thousands of euros.

Labour said even a mid-price seat for Sunday’s clash between England and Italy would cost almost €600 at original prices.

The party said the UK government’s review of football governance – which was announced in April, and opened a fan survey on Thursday – should include examining price caps to prevent the game becoming the preserve of the wealthy and company executives.

Labour’s shadow secretary of state for digital, culture, media and sport, Jo Stevens, said: “England’s success in this tournament has made us all proud and shown again how much joy football can bring.

“Sadly ticket prices have been outrageous, pricing out genuine fans.

“As we bid for 2030, we must make it affordable to watch the World Cup on home soil for the first time since 1966. Let’s bring football home.”

The party said that when England won the World Cup in 1966, an average weekly wage would have been enough to buy 40 tickets to the final.

The FA, along with the other UK associations and Ireland, is set to decide next year whether to launch a bid for the centenary tournament.

British prime minister Boris Johnson hosted Uefa president Aleksander Ceferin at a meeting in Downing Street on Tuesday, where it is understood Mr Johnson made the case for the bid.

It comes as Which? urged fans to avoid unofficial ticket sellers.

Adam French, Which? consumer rights expert, said: “England’s win in the Euro semi-finals on Wednesday has understandably kick-started a huge scramble for the chance to be at Wembley for the national team’s biggest match in decades – and we’re seeing tickets on unofficial websites selling for an eye-watering £17,000.

“Even though some of these websites claim to offer tickets from ‘100 per cent’ trusted sellers, this is often not the case.

“You need to be aware that Uefa’s terms and conditions state it can void tickets sold on unofficial sites – something you might not find out until you’re denied entry at the turnstile and left thousands of pounds out of pocket.

“If you’re not lucky enough to get your hands on a ticket through the official website you might be better off saving your cash and making plans to watch Gareth Southgate and the lads take on Italy with family and friends at home or in the pub.

“If you insist on trying your luck and buying tickets for the match from an unofficial seller, make sure to pay with a credit card for purchases over £100 so you stand a better chance of getting a refund if things go wrong.”