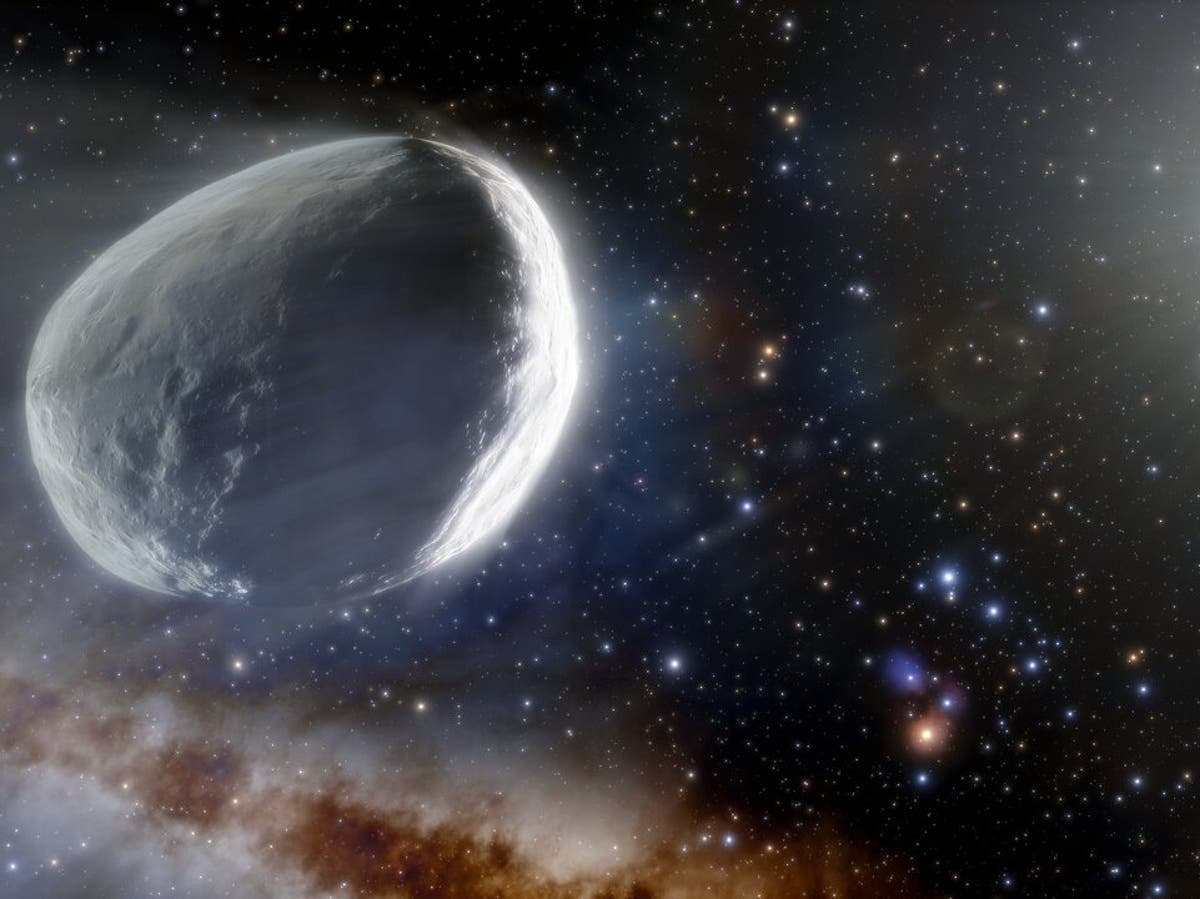 An enormous asteroid from the outskirts of the solar system is heading towards the Sun.

Comet Bernardinelli-Bernstein is 1000 times larger than the average comet and was first spotted 4 billion kilometres from our solar system in 2014, roughly the same distance as Neptune; between its first sighting and this month, it has travelled another billion kilometres closer to us.

The comet’s orbit is perpendicular to the plane of the Solar System, and it will reach its closest point to the Sun (known as the perihelion) in 2031 – but despite its size and proximity to our closest star, amateur astronomers will only be able to see it with a large telescope, even at its brightest.

“We have the privilege of having discovered perhaps the largest comet ever seen — or at least larger than any well-studied one — and caught it early enough for people to watch it evolve as it approaches and warms up,” said the University of Pennsylvania’s Gary Bernstein, who found and named the comet. “It has not visited the Solar System in more than 3 million years.”

The comet originated in the Oort Cloud, a gathering of icy planetesimals – cosmic bodies made of huge amounts of dust. While this cloud is only theoretical with our current understanding of science, it is thought that they surround the Sun between 0.03 and 3.2 light years from it, having been scattered to the far reaches of the Solar System by the movement of Jupiter, Saturn, Uranus, and Neptune billions of years ago.

Comet Bernardinelli-Bernstein is thought to be the largest member of the Oort Cloud ever detected, and it is the first comet on an incoming path that has been detected so far away.

Astronomers believe that there may be many more undiscovered comets of this size waiting in the Oort Cloud, far beyond Pluto and the Kuiper Belt.

“This is a much needed anchor on the unknown population of large objects in the Oort Cloud and their connection with early migration of the ice/gas giants soon after the Solar System was formed,” said NOIRLab (National Optical-Infrared Astronomy Research Laboratory) astronomer Tod Lauer.

Chris Davis, National Science Foundation Program Director for NOIRLab, added: “Finding huge objects like Comet Bernardinelli-Bernstein is crucial to our understanding of the early history of our Solar System.”