Good day. I bring to your attention a variant of manufacturing a device for adjusting the speed of electric tools equipped with collector motors, with the possibility of smooth start. 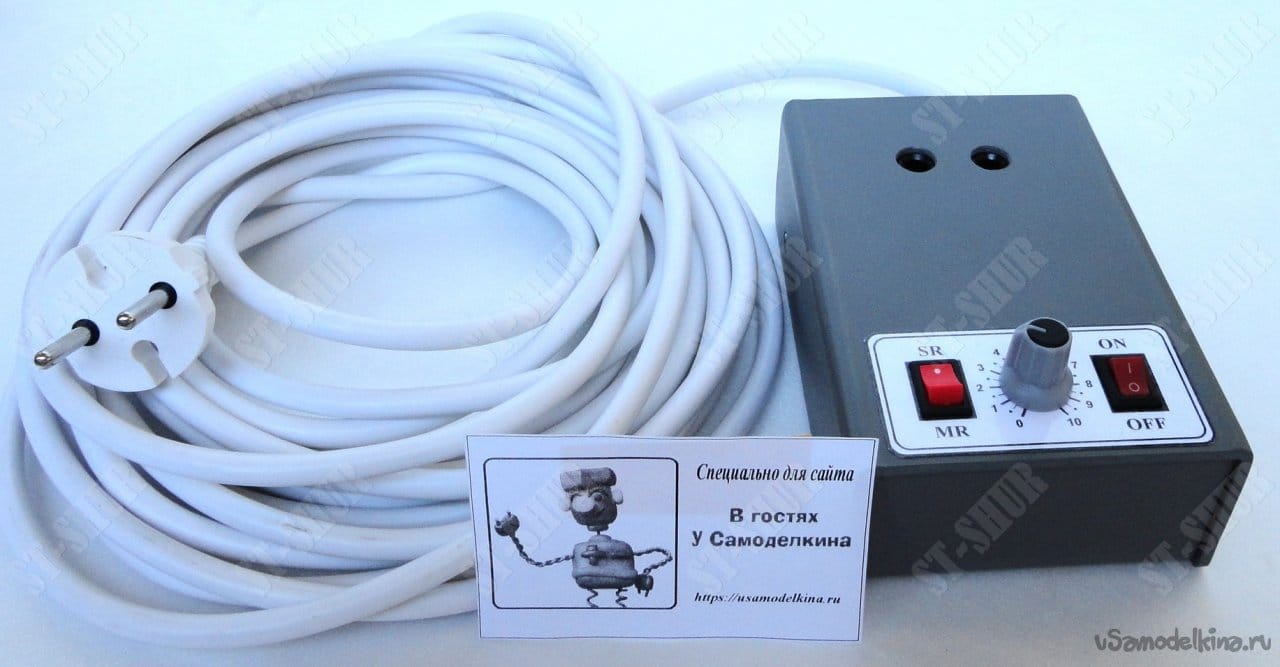 The idea was to combine a fairly simple regulator, soft start and extension cord in one device. And also to assemble the device in the case, the manufacture of which was described in the second part previously published article … Use switches rated for low current to control the load (since they are smaller). Assemble a fairly simple circuit with a minimum number of components and the ability to rebuild the control circuit without soldering.
This design used:
– Previously made case.
– Mains wire with a plug.
– Power socket.
– Cable gland PG7.
– Foil-coated fiberglass.
– Fasteners M3, M4.
– Radio parts according to the diagram.
From the tools used:
– Drill on a stand.
– MFI “Dremel” on the stand
– Soldering iron.
– Screwdriver, nippers, needle files, etc.
The device is assembled on the basis of the phase regulator IC K1182PM1R. This IC works great in a previously manufactured soft starter . Therefore, I decided to make a similar scheme, but with more functionality and the possibility of further modernization.

The phase regulator control circuit (pins 3 and 6 of the IC) is based on the standard wiring diagrams specified in the data sheet for this IC. For the convenience of connecting control elements and the possibility of further modifications (up to connecting a remote control, without unnecessary soldering), a contact socket was installed from the dismantling of radio junk, with a contact pitch for standard “jumpers”. Resistor R1 was ultimately not required yet (it was originally installed).
Schematic diagram.
The printed circuit board is 51x65mm in size (view from the side of installed radio components).
< a href = "https://usamodelkina.ru/uploads/posts/2021-07/1625921880_rt-03.jpg" rel = "prettyPhoto"> 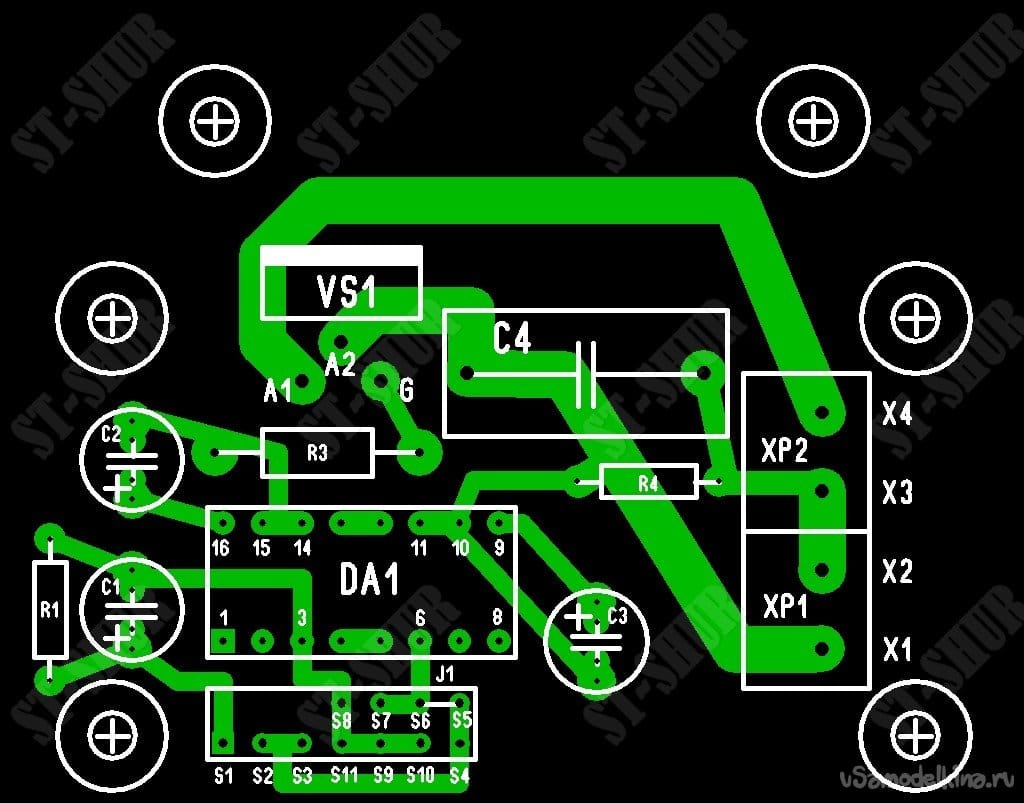 Because similar circuits are a source of noise in the AC network, then capacitor C4 from the filter circuit from the power tool is used as the simplest noise suppression filter (these capacitors are also used in the noise suppression circuits of factory-made regulators). 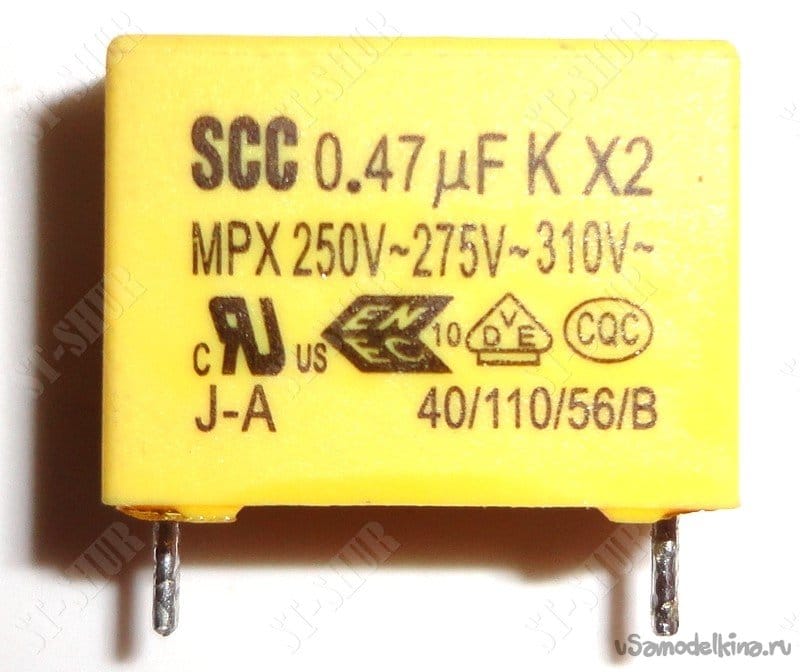 The triac used in the device has an insulated heat sink, so no additional insulation was required when attaching it to the radiator. Unfortunately, the contact pads (XP1, XP2) appeared to be from different batches, so they did not quite fit the board exactly. 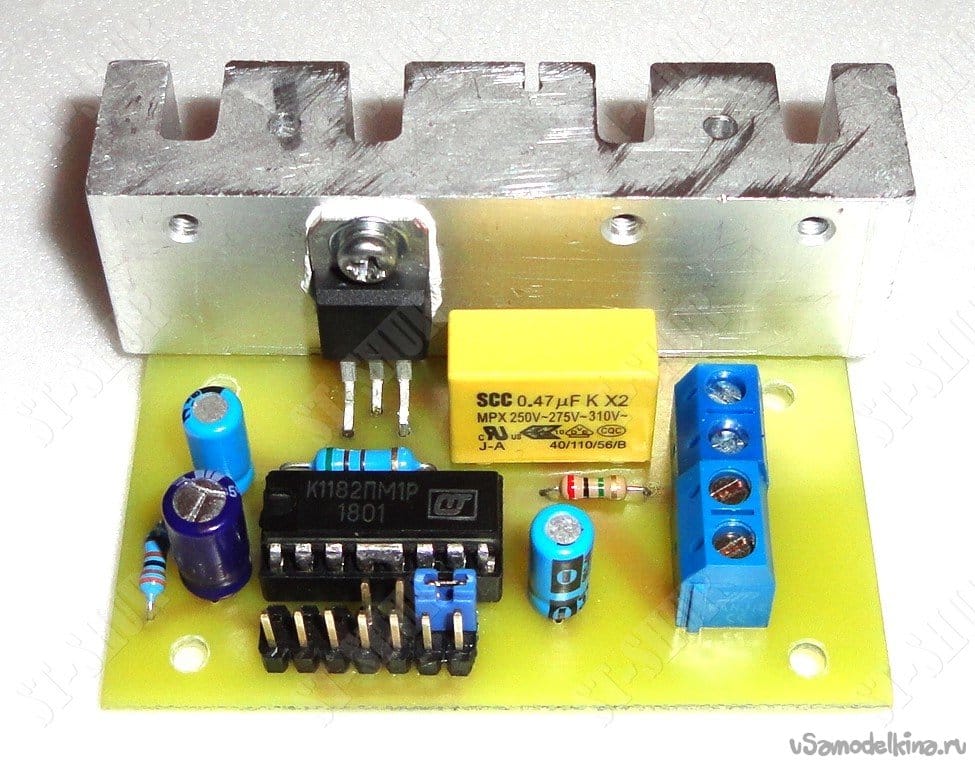 The previously manufactured case was modified for the installation of the printed circuit board, control elements, load connection block and cable gland. 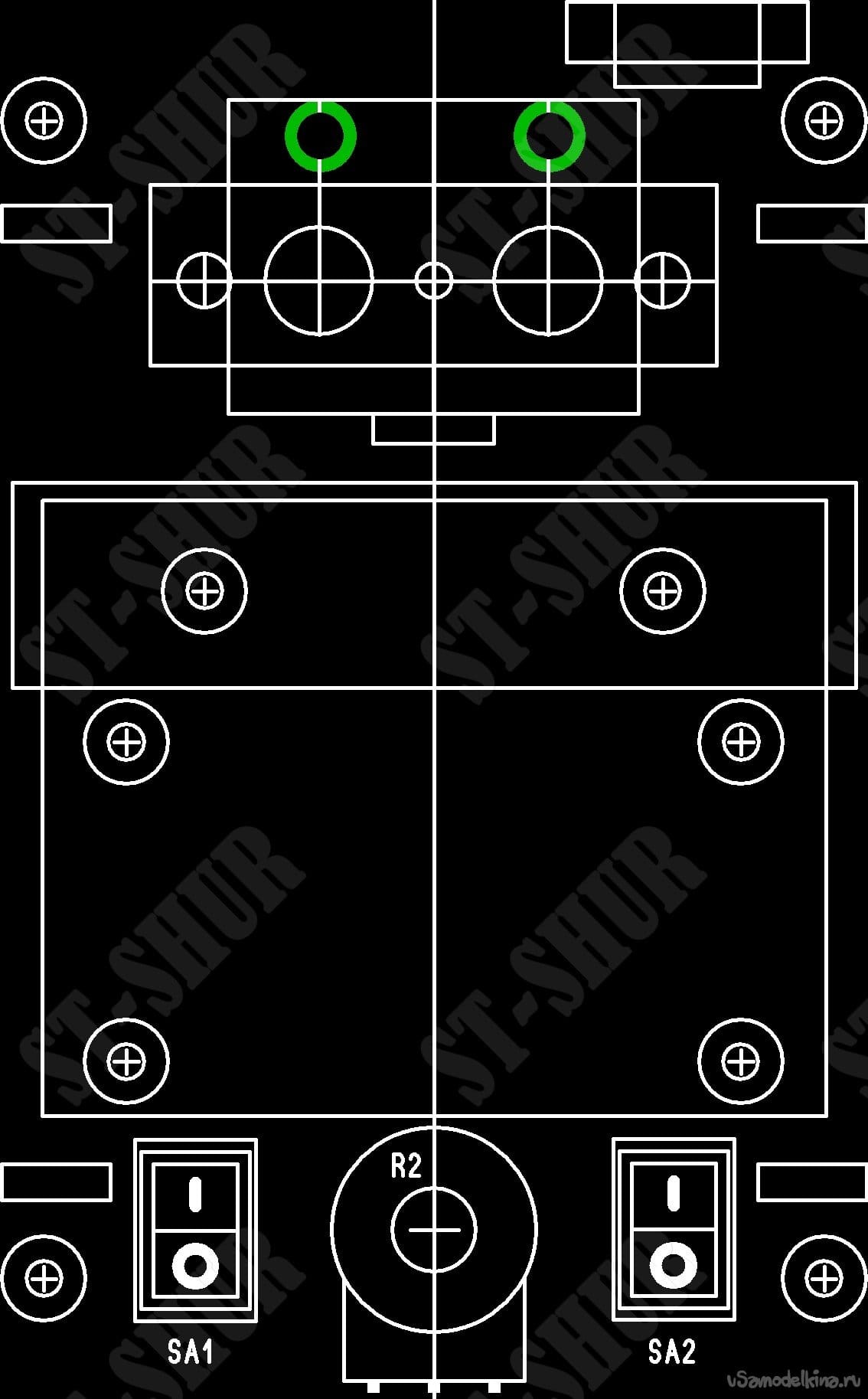 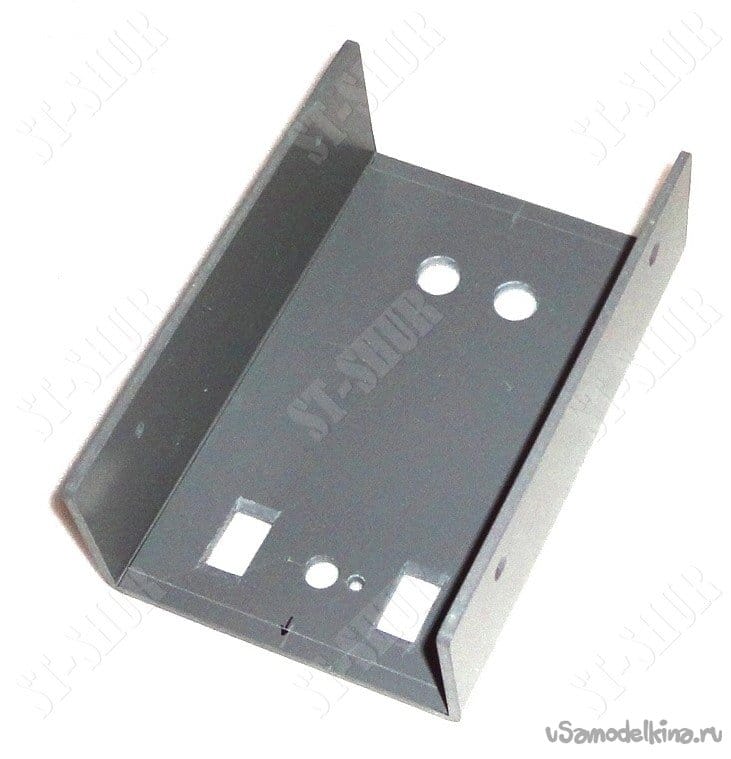 To connect the load, a block from a standard network outlet is used. 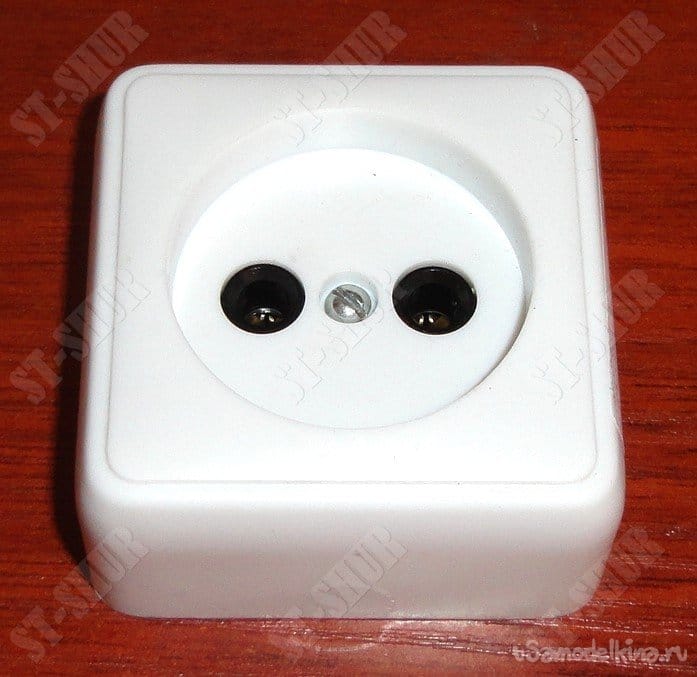 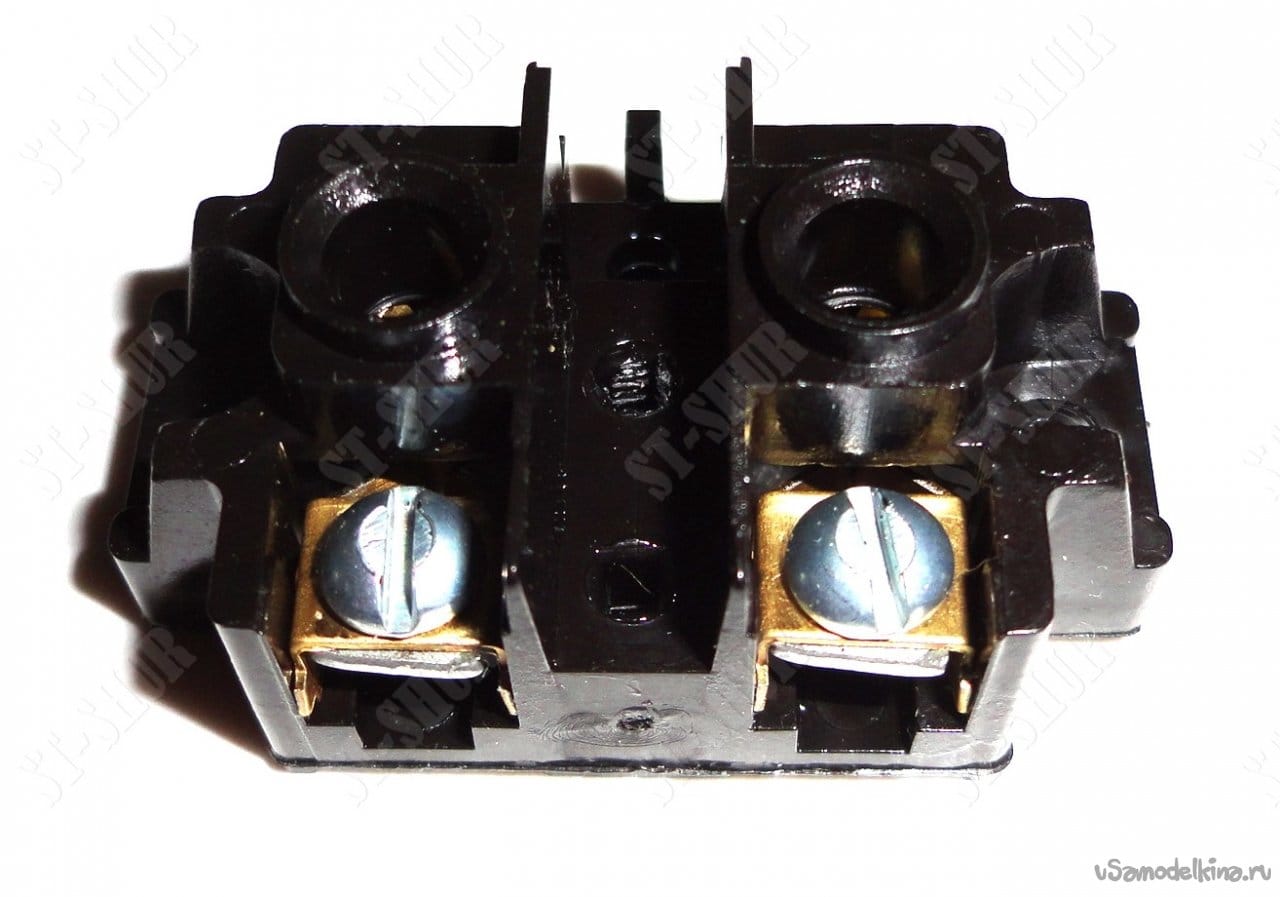 The pad under the shoe is cut from a 15x30mm rail. Then the block is attached with M4 screws. 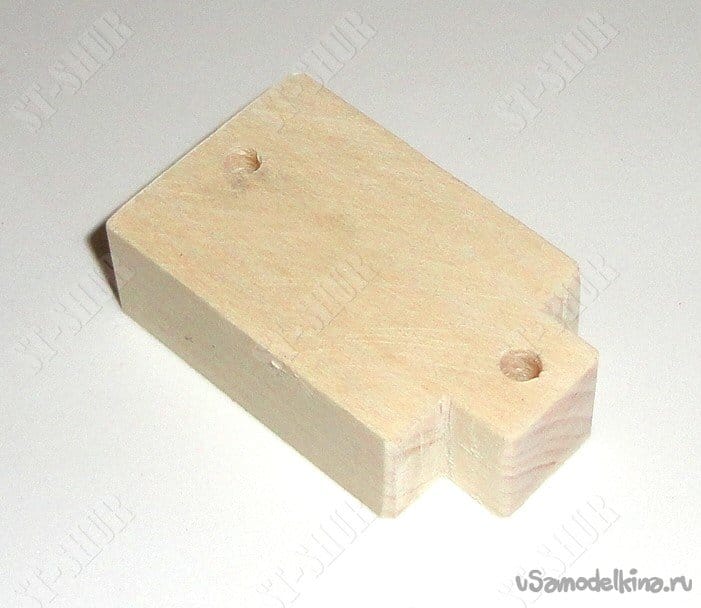 The printed circuit board is fixed in the housing with four M3 screws. The screws are attached to the body with two nuts (each), which form the 5mm high support legs. For the convenience of assembling the device, connectors were previously soldered to the control elements (SA1, SA2, R2) for connecting to the contact socket of the printed circuit board. Thanks to this, the final assembly of the device is carried out without any additional soldering. Then a sticker with a scale for the R2 resistor was made. 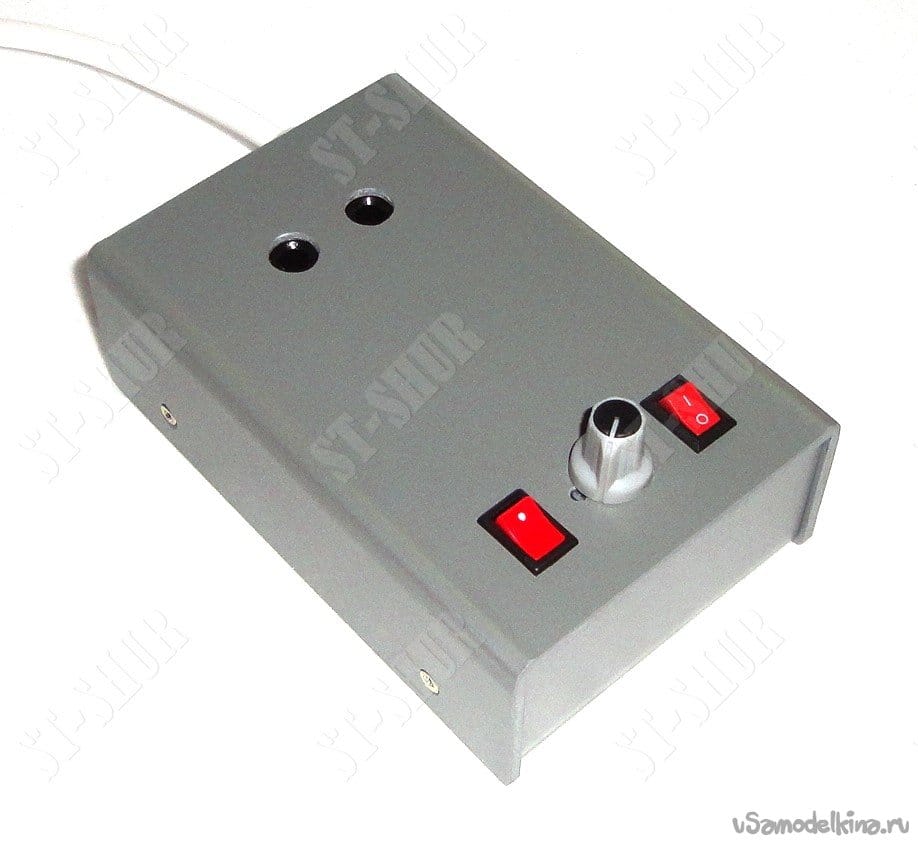 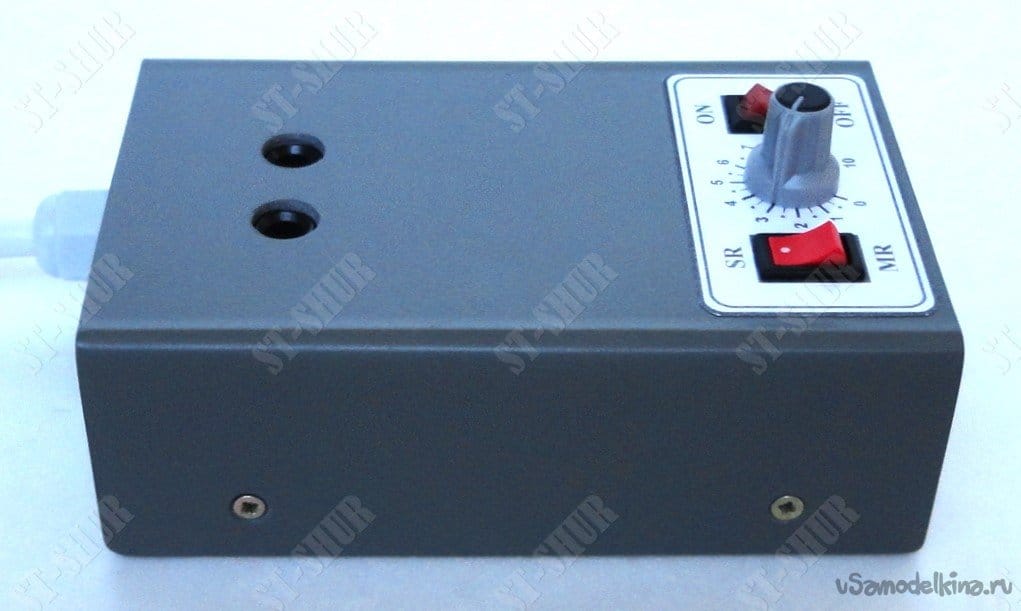 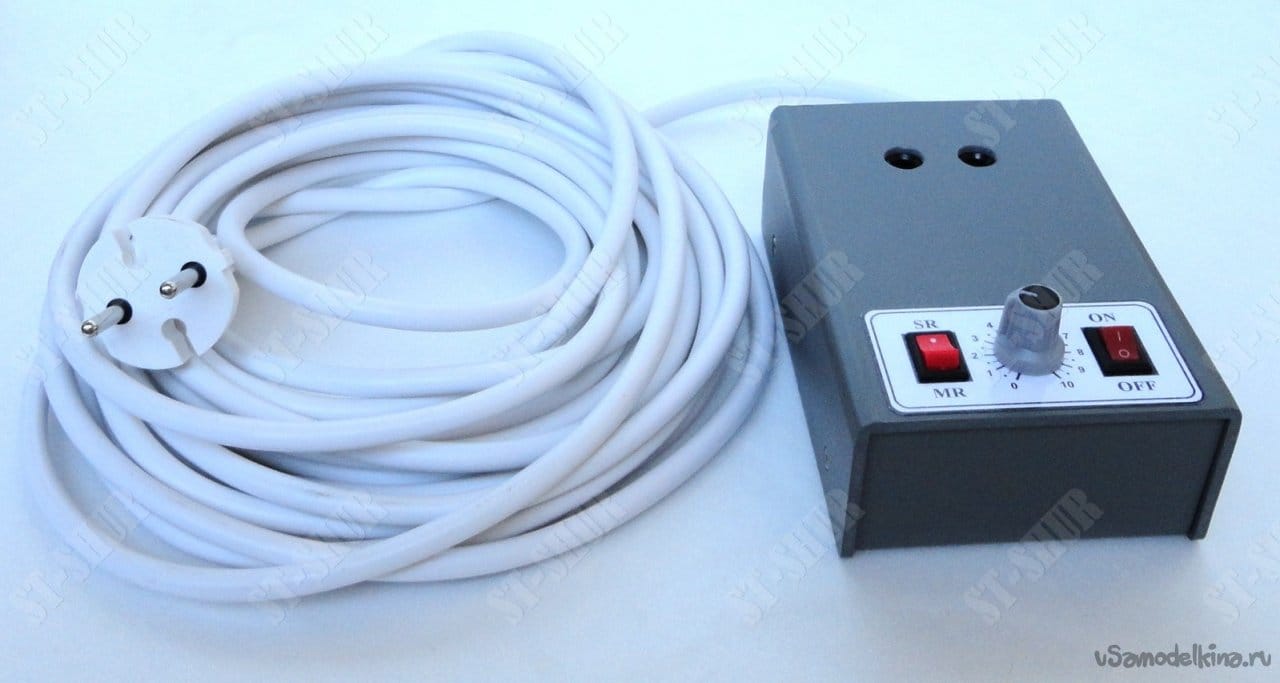 This device works as follows.
When the timing capacitor C1 is disconnected from the control circuit (switch position SA1 – MR), the device works as a simple regulator. The load is switched on by opening the contacts of the SA2 switch (the position of the SA2 switch is ON). The load is disconnected by closing the contacts of the SA2 switch (the position of the SA2 switch is OFF).
When the timing capacitor C1 is connected to the control circuit (position of the switch SA1 – SR), then when the contacts of the switch SA2 are opened, the load is switched on rather smoothly. In this case, the acceleration time of the electric tool motor depends on the capacitance of the capacitor C1, and the final speed value depends on the set resistance R2, i.e. from zero to maximum. In this mode, the speed is also controlled, but the inertia of the load response to the rotation of the knob of the resistor R2 will be observed. Also, a smooth start of the power tool can be carried out using the switch of the tool itself, if this device is in the specified mode.
With the practical use of a load with a power of up to 1.3 kW, the radiator of the triac becomes only slightly lukewarm. Therefore, I did not make ventilation holes so that dust, sawdust and other dirt did not get inside the case.
Attention!!! This circuit works correctly only with a power tool without built-in speed controllers and other additional electronics !!!
This particular regulator was made in order to improve the convenience of working with the LSM installed in the attachment, which was described in previously published article . When processing plastic parts at full speed of the LSM, melting or baking of plastic is possible (depending on the type). This nuance was completely solved by using this regulator. It also works great with my other power tools.
If something is missing in the description, I hope these nuances can be seen in the presented photos. I apologize in advance for possible errors and misprints.
If you need more information, write to the mail, I will try to be sure to answer. Reviews, ideas, suggestions for improving the design and comments are welcome.