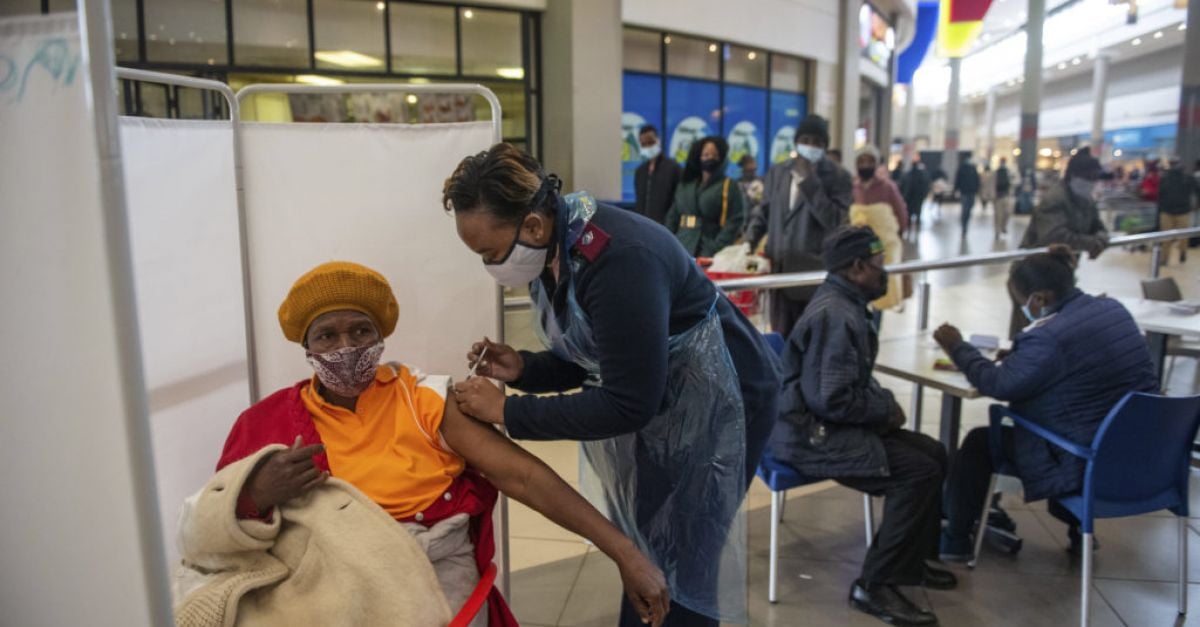 New coronavirus infections in South Africa have risen to record levels in recent days, part of a rapid rise across the continent.

To fight the new wave, South Africa has reimposed several restrictions, including shutting restaurants and bars and limiting alcohol sales – and its vaccination drive is finding its feet after several stumbles.

But even as the campaign gathers pace, experts say it is too late to reduce the deadly impact of the current spike.

Instead, South Africa is now rushing to vaccinate enough of its 60 million people to blunt the impact of the next inevitable surge.

“Our vaccination campaign is gathering momentum, but obviously it’s too late to do much in terms of reducing the impact of this current resurgence we’re experiencing, which by all accounts is going to completely dwarf what we experienced either in the first or second waves in South Africa,” said Shabir Madhi, dean of health sciences and professor of vaccinology at the University of Witwatersrand.

South Africa accounts for more than 35% of the 5.8 million cases recorded by Africa’s 54 countries, although it is home to just over 4% of the continent’s population.

The seven-day rolling average of daily deaths in the country more than doubled over the past two weeks to more than 360 fatalities per day on July 9.

Its troubles reflect a broader trend.

Neighbouring Zimbabwe went back into lockdown on July 6, and Congo, Rwanda, Senegal and Zambia are among the 16 African countries battling the new surge of infections sweeping across the continent.

“Africa has just marked the continent’s most dire pandemic week ever. But the worst is yet to come as the fast-moving third wave continues to gain speed and new ground,” said Dr Matshidiso Moeti, the World Health Organisation’s (WHO) regional director for Africa.

“The end to this precipitous rise is still weeks away. Cases are doubling now every 18 days, compared with every 21 days only a week ago,” she added on Thursday.

The current upsurge comes while the continent’s vaccination rates are painfully low: just 16 million, or less than 2%, of Africa’s 1.3 billion people are now fully vaccinated, according to the WHO.

More than four million South Africans, or about 6.5%, have received at least one dose, with 1.3 million fully vaccinated, according to government figures on Saturday.

Still, the drive is picking up speed after a bumpy campaign so far, marked by missteps and bad luck.

Although South African President Cyril Ramaphosa was quick to respond to Covid-19 and put the country into one of the world’s strictest lockdowns in March last year, his officials were slow to place firm orders for vaccines, say critics.

This appeared to be resolved when South Africa’s first delivery of vaccines – one million doses of AstraZeneca – arrived in February.

Just as the government was to begin administering the shots to frontline healthcare workers, a small study showed that AstraZeneca provided low protection against the Beta variant, which was dominant in South Africa at the time.

The AstraZeneca vaccines were scrapped, and South Africa quickly pivoted to Johnson & Johnson, also known as the Janssen vaccine, which was still in testing but appeared to show protection against the mutation.

At first, South Africa received such small shipments of the J&J doses that its campaign lurched from week to week.

But then a South African pharmaceutical firm was contracted by J&J to produce its vaccine, using large batches of ingredients sent from the US.

The South African company, Aspen Pharmacare, has the capacity to assemble and package more than 200 million doses of the J&J vaccine per year, one of very few firms in all of Africa with that capability.

But just as the first two million J&J doses produced by Aspen were about to be used to kickstart South Africa’s sputtering vaccination drive, the US drug regulator recommended a pause in the distribution of the vaccine over concerns about rare blood clots.

The suspension was brief, but South Africa eventually had to discard its doses because they were made with materials provided by a US factory where there were concerns about contamination.

A further obstacle came when health minister Zweli Mkhize was suspended amid a corruption scandal in which his family members are accused of benefiting from an inflated government contract.

This all exacted a toll on South Africa’s vaccination drive.

By the middle of May, the country had inoculated just 40% of its 1.25 million healthcare workers – a segment of the population it had hoped to be finished vaccinating by that time before moving on to the general public.

In recent weeks, the supply issues have eased: large shipments are arriving weekly of the 40 million Pfizer doses that South Africa purchased.

The country is getting another 31 million J&J vaccines, most assembled in South Africa.

Vaccinations began for those 60 and over in late May, and schoolteachers and police officers became eligible for vaccines in June.

In early July, shots opened up to those aged 50 and over, and later this month the eligibility will be expanded to those 35 and older.

Vaccination sites have multiplied from a few dozen to several hundred, and the country soon hopes to be on pace to inoculate two-thirds of its population by the end of February.

The increased supply can be seen at a vaccine centre atop a Johannesburg parking garage.

It started giving about 200 shots per day when it opened in May.

In the first week of July it reached 1,000 a day and last week it was jabbing 2,000 daily, according to workers at the busy site.

Even if the country can manage to get about half of the population over 40 vaccinated in the coming months, expert Salim Abdool Karim said he thought it would blunt the impact of another surge.

“We could basically avert a significant fourth wave, maybe it could just be a minor fourth wave,” said Abdool Karim, who is director of the Centre for the Aids Programme of Research in South Africa.

“But that is contingent on one thing: that we do not have to fight a new variant. As we’ve seen with the Beta and Delta variants, a new one could change everything.”