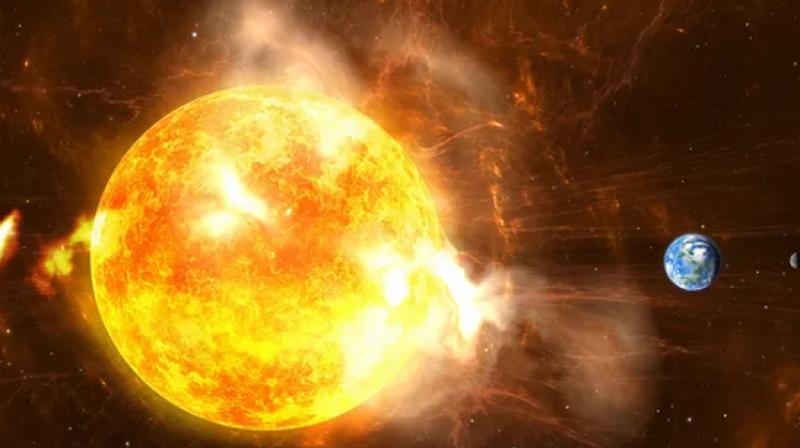 According to SpaceWeather.com, a hole has opened up on the atmosphere of the Sun. Originating in the Sun’s atmosphere, this hole is spewing a stream of fiercely charged particles and high-speed solar winds directly towards the Earth.

The winds have a chance of triggering a geomagnetic storm in the Earth’s magnetosphere, including the upper parts of the Earth in space. This could possible lead to visual auroras in regions in the north and south latitudes.

The storm can heat up the Earth’s outer atmosphere, resulting to a direct affect on satellites. This can cause interference to mobile signals, GPS navigation, satellite TV, as well as a higher voltage current in power lines. However, with the Earth’s magnetic field creating a protective layer over the earth, this possibility has a high chance to be curbed.

According to the Space Weather Prediction Centre of the United States, the solar flare’s impact will be focused on the sub-solar point on the sunlit side of Earth. NASA classifies this flare as an X1.5-class flare. The storm has an ability to impact the Earth’s magnetic field-dominated part of space.