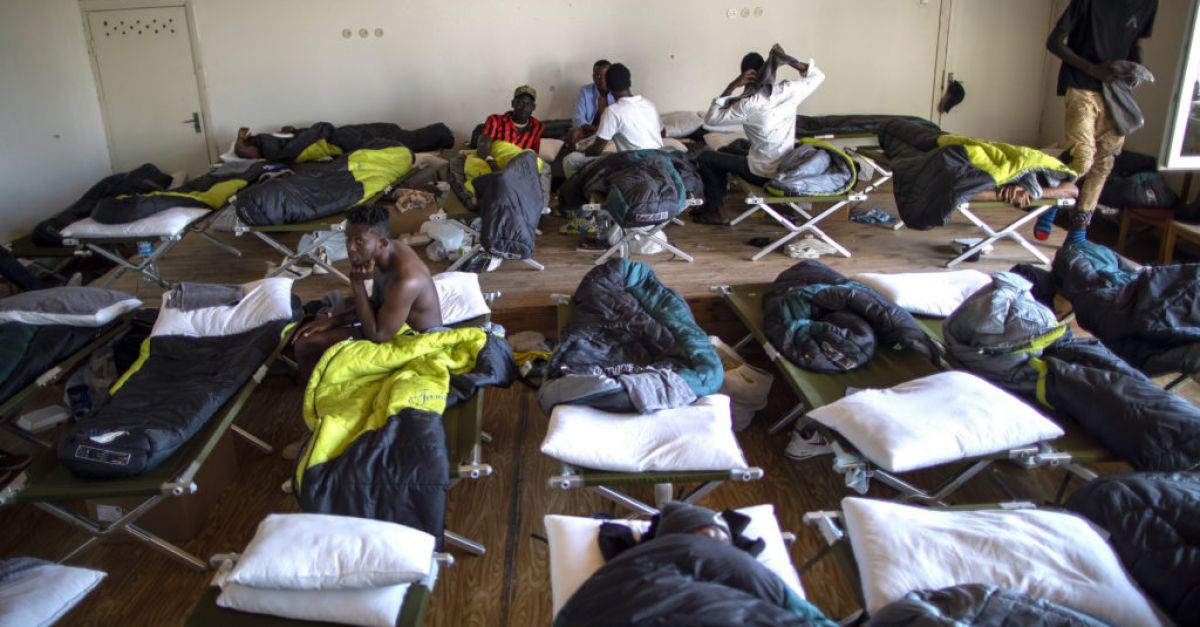 The European Union’s border agency is pledging to “significantly” step up its support to Lithuania in the coming days “due to the growing migratory pressure at Lithuania’s border with Belarus” that the Baltic nation is trying to contain.

“Lithuania’s border is our common external border and Frontex stands ready to help where needed,” Leggeri said in a statement.

“We are ready to strengthen our level of support and deploy more European standing corps officers and equipment” to Lithuania, an EU and Nato member of 2.8 million people.

Frontex’s operation, which started earlier this month with the deployment of a dozen officers and patrol cars, will more than double next week, the agency said.

Mr Nauseda’s office said separately that reinforcements pledged by Frontex were expected to reach Lithuania by July 15 and that some armed border patrols and additional translators arrived over the weekend.

In addition, a patrol helicopter will be sent to Lithuania from neighbouring Poland and discussions were under way to dispatch another helicopter from Germany, Mr Nauseda’s office said.

In a tweet, Mr Nauseda thanked Frontex for its support “to manage flows of illegal migrants through eastern border” with Belarus, another former Soviet republic that is not in the EU.

Lithuania, which has granted refuge to Belarus opposition figures, accuses its neighbour of organising the border crossings by people mainly from Iraq, the Middle East and Africa.

The phenomenon has accelerated in July and more than 1,500 people have crossed into Lithuania from Belarus in the past two months — 20 times more than in all of 2020.

Earlier this week, Belarus’ authoritarian president Alexander Lukashenko said his country would not close its borders “and become a camp for people fleeing Afghanistan, Iran, Iraq, Syria, Libya and Tunisia”.

Tensions between the EU and Belarus escalated even more after Belarus diverted a passenger jet on May 23 to arrest an opposition journalist.

Lukashenko has said his country will halt cooperation with the 27-nation bloc on stemming migration in retaliation for bruising economic sanctions the EU slapped on Belarus over the passenger jet diversion.

On Friday, Lithuania started building a double barbed wire fence on the Belarus border. It will run for 342 miles, covering most of the nearly 423-mile border and cost 41 million euros (£35 million), according to Lithuanian authorities.

Lithuania has also set up tent camps to accommodate the growing number of migrants.

Mr Nauseda, on a visit to Poland on Sunday, said that “technical steps are necessary to make the border work and be a real barrier, because now it can be easily crossed”.

He said Lithuania was talking to the governments of the countries where the migrants come from and also with transit countries such asTurkey in order to “curb the (illegal migration) process that is being supported by the Belarusian regime”.

“It is a kind of revenge for EU sanctions,” Mr Nauseda said in Krakow, following talks with Poland’s president Andrzej Duda.

Mr Duda said Poland will “extend the necessary assistance” to Lithuania and was talking about the best way to do that with Frontex.