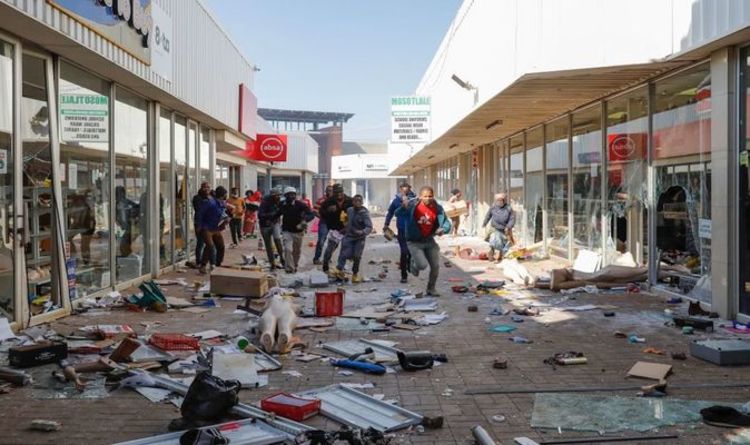 Mr Zuma was caged for 15-months following an investigation into rampant corruption during his time as president. He was jailed on Tuesday, June 29 for contempt of court for failing to appear at a hearing in February of the inquiry into his activities. But he refused to go to prison and called on his armed supporters to protect him from being thrown behind bars, sparking chaos across parts of  and forcing the government to take drastic action and send in the .

Speaking to France 24, Sam Bradpiece said: “This announcement from the South African defence forces that they would be deploying in Gauteng province and Pretoria as well as KwaZulu Natal, Jacob Puma’s homeland.

“Is certainly a major announcement.

“You have to remember that before Mr Zuma’s imprisonment his supporters had warned of unrest should Mr Zuma go to prison.”

Mr Bradpiece went on to explain how there have been “six people killed so far” adding how “more than 200-people” have been arrested by the police. 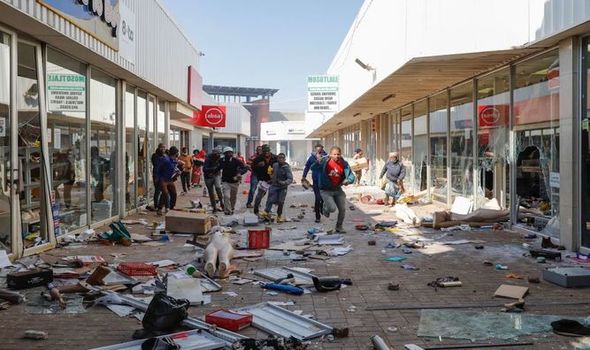 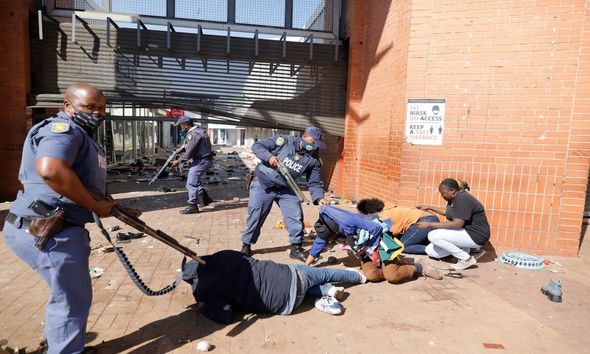 “It certainly does look as though Zuma’s supporters are really fulfilling their promise.

“The authorities of course will be hoping that the deployment of armed forces will get the situation under control.”

He added how current President Cyril Ramaphosa told rioters “criminality will not be tolerated” as he vowed to clamp down on the chaos caused by the former president’s loyalist supporters. 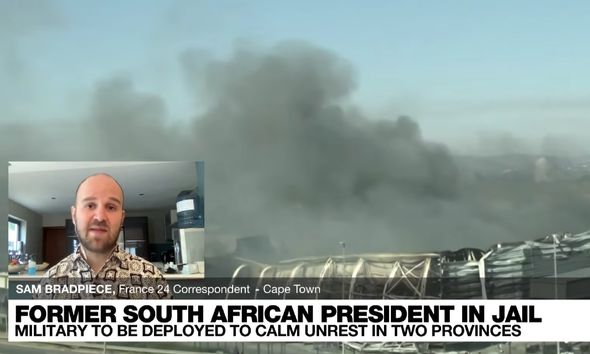 The news comes as Mr Zuma ordered heavily armed supporters to protect him from going to prison for 15-months following a string of corruption charges.

During a press conference on Sunday July 4 to his supporters as he called for support, he said: “There is no need for me to go to jail today because we are now engaging with the constitutional court. Sending me to jail during the height of a pandemic at my age is the same as sentencing me to death! 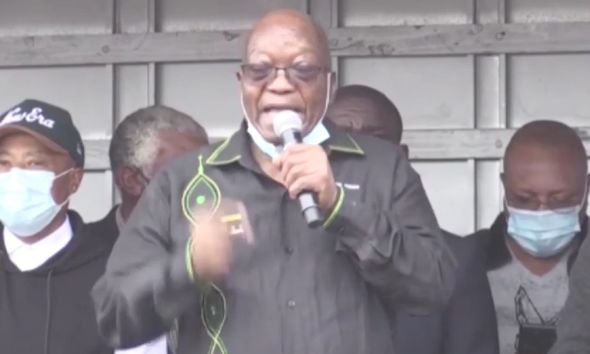 He was forced to quit and hand over power to current President Cyril Ramaphosa in 2018 as pressure mounted over allegations and inquiries that he helped plunder South Africa’s fortunes.

The Zondo commission, which is examining the allegations, uncovered how Mr Zuma allowed the Indian-born billionare brothers Atul, Ajay and Rajesh Gupta to steal state resources and gain influence over government policy.

The brothers fled to Dubai after Zuma was kicked out – all deny any wrongdoing.

Mr Zuma also faces a separate court case involving a $2bn arms deal in 1999 when he was deputy president which he denies involvement in.