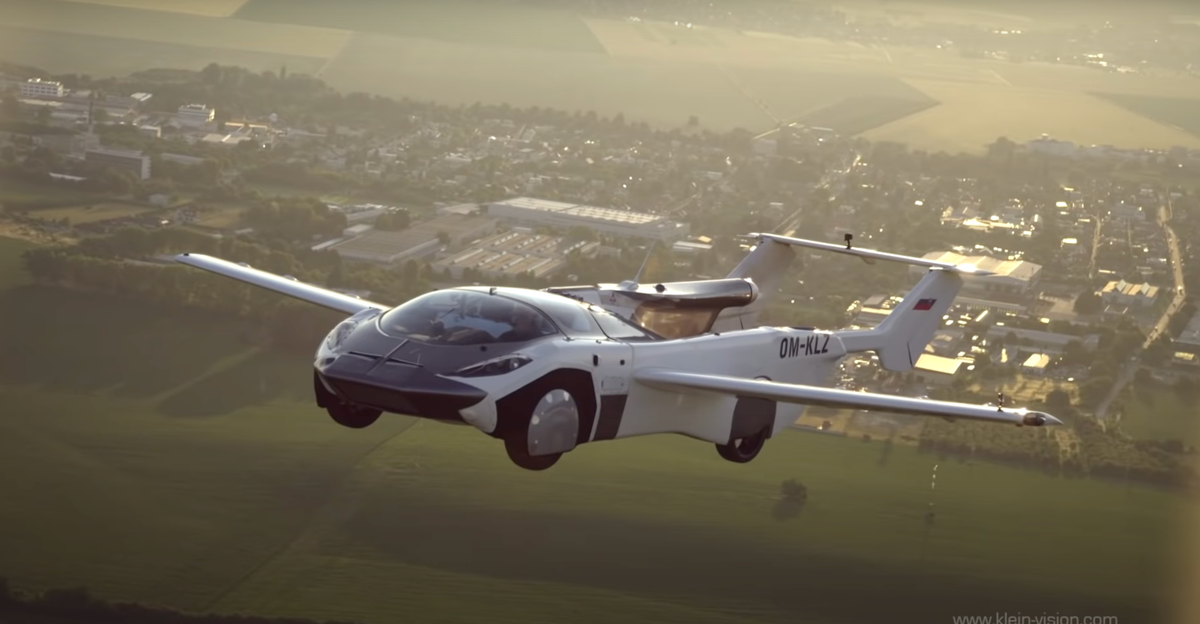 A prototype vehicle that can convert from a car to a small aircraft has completed a key milestone flight, travelling between the international airports in Nitra and Bratislava in Slovakia in 35 minutes.

The flying car’s maker, Slovenian startup Klein Vision, said the prototype is equipped with a 160HP BMW engine, a fixed propeller and a ballistic parachute.

It said the AirCar Prototype 1 has completed over 40 hours of test flights under the supervision of the country’s Civil Aviation Authority, along with tests assessing its stability, manoeuvrability, and ability to make steep 45 degree turns.

According to its creator, Stefan Klein, the prototype has flown at an altitude of 2,500 m (8,200 ft) and reached a maximum cruising speed of 190km/h.

The AirCar completed its maiden voyage in November 2020, successfully making a short trip from Piestany airport.

It has two seats inside and a button to release its wings, with the manufacturer saying it takes about 2 minutes 15 seconds to transform from a road vehicle into an aircraft.

Unlike drone-taxi prototypes, however, the AirCar needs a runway and cannot take off vertically.

Flying cars are seeing increasing commercial interest in recent times, and at an event this week organised by the Society of Motor Manufacturers and Traders, a chief from the South Korean car maker Hyundai said the technology aimed at reducing congestion and emissions “is part of our future”.

“But we think that by the latter part of this decade certainly, urban air mobility will offer great opportunity to free up congestion in cities, to help with emissions, whether that’s intra-city mobility in the air or whether it’s even between cities,” Michael Cole, president and chief executive of Hyundai’s European operations, said on Tuesday.

It was also announced in January that the world’s first fully operational airport for flying cars and delivery drones would be opened in Coventry later this year.