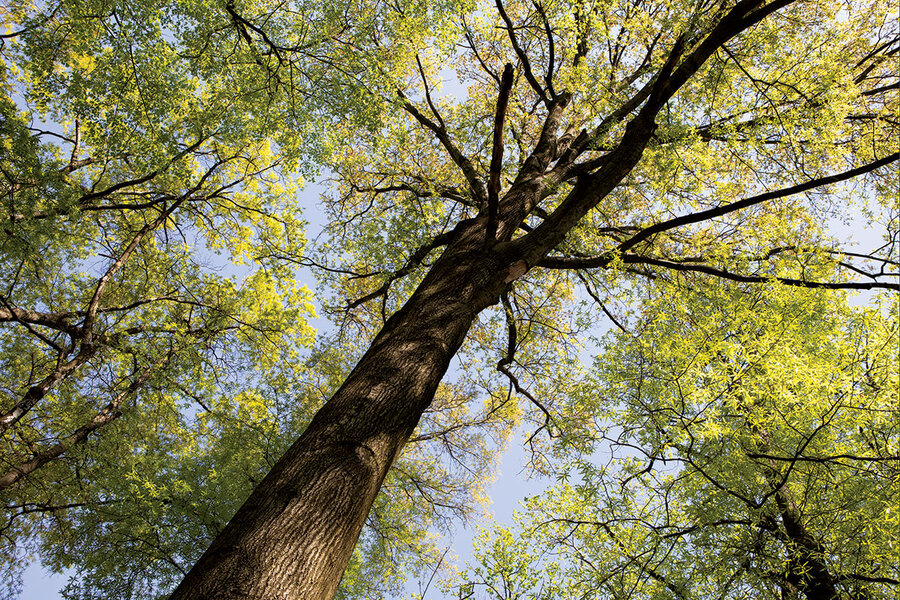 Which brings me to the present moment, following a set of intense winds here in Maine. There was little to prepare me for the dense, clamoring thud of the limb that landed on my roof, rattling the house to its foundations. I sprang out of bed and hurried outside with a flashlight, fearful of what I might find. But fortunately there was no damage. In the morning I called my arborist friend, who was familiar with my tree.

“It’s time,” I said, and he knew exactly what I meant.

Silver maples are terrible choices as street trees. They’re brittle, and gangly, and their roots wander everywhere, as if saying, “I know there’s a sewer line somewhere around here to embrace.” In spring, they shed plagues of winged seeds that clog the rain gutters. In the fall, the leaf litter is so deep that I can move only half of it, leaving the other half for April (if the snow is gone by then). And whenever the wind blows, they unburden themselves of branch upon branch, scattering them on rooftop, porch, and driveway. Some of the fallen branches stick up out of the ground like spears thrown by an invading army.

Still, this tree had redeeming qualities. It was a magnet for cardinals, chickadees, blue jays, and, on occasion, mating pairs of orioles with their pendulous nests. It had multiple trunks, reaching out as if in invitation to climb into its arms, which both of my growing boys gladly did. They arranged ropes as rigging and called the tree their “pirate ship.” Even after they had moved away, I couldn’t bring myself to remove the ropes and left them there until, worn by time and weather, they fell apart of their own accord.

But perhaps the most notable feature of the tree was a beautifully centered hollow, reminiscent of the one described in “To Kill a Mockingbird,” in which Boo Radley placed trinkets for Jem and Scout. What could I do but put a few knickknacks in the hollow of my silver maple and append it with a small, hand-lettered, wooden sign that read, “Hey, Boo.”

Over the years I had the tree pruned now and then, here and there, to relieve it of the most threatening overhanging boughs. This always alarmed one neighbor or other who had grown fond of my tree and would trouble themselves to remark, “You ain’t gonna take ’er down, are ya?” To which I would reply, “No, no. Just a haircut.”

But that pounding the house took finally brought me around, and now the silver maple is coming down, piece by piece. As I watch from the snug side of my window, there is an occasional snow of sawdust as the chainsaws do their work, and my principal concern now is for the safety of the young men who are up, up, up in the farthest reaches of the ancient tree, picking their way among the limbs, carting chainsaws as they go. As they drop the limbs to earth, I occasionally go out to haul off what I can for the wood pile, so that the tree that has warmed my heart all these years will, come winter, warm me one last time.