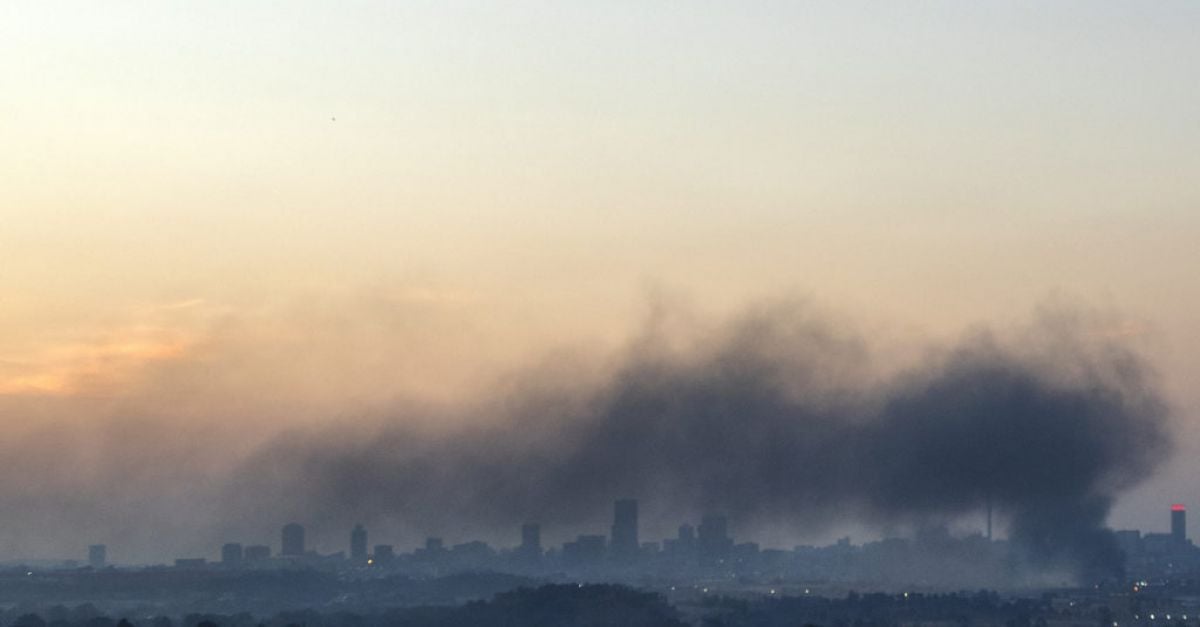 Rioting triggered by the imprisonment of former South African President Jacob Zuma escalated on Monday as shopping centres in Johannesburg were looted, major roads were blocked by burning tyres and the police and military struggled to contain the violence.

The unrest started last week in KwaZulu-Natal province after Zuma was imprisoned for contempt of court.

What began as fairly small-scale blocking of roads in Zuma’s home area intensified and spread to Gauteng, South Africa’s most populous province, including Johannesburg, the country’s largest city.

At least six people have been killed and more than 200 arrested, according to a police statement issued on Monday.

Soldiers have been deployed to help the police.

President Cyril Ramaphosa was to address the nation later on Monday. He appealed for calm on Sunday night and vowed that police would crack down on those breaking the law, but the riots worsened on Monday.

Looting of retail centres broke out in several areas of Johannesburg, including Benmore, Jeppestown, Vosloorus, and Soweto, where the Jabulani and Dobsonville shopping centres were hit.

Retail stores in Alexandra, east of Johannesburg, were also affected, and journalists covering the riots for the public South African Broadcasting Corporation and news channel Newzroom Afrika were robbed of their equipment.

A major shopping centre and car dealerships around the affluent Rosebank area closed as protesters were reported in the area.

Other retail centres in the east of Johannesburg, including Kempton Park, also closed on Monday.

In KwaZulu-Natal, people took appliances, including microwave ovens, television sets and clothing from stores in the Mariannhill and Umlazi areas.

The violence began last week when Zuma began serving a 15-month sentence for contempt of court. He defied a court order to testify before a state-backed inquiry probing allegations of corruption during his term as president from 2009 to 2018.

Police were investigating the deaths — four in Gauteng and two in KwaZulu-Natal, said police Col Brenda Muridili. The police and national security forces expanded their presence in both provinces to help quell the violence, authorities said.

Police have warned that anyone using social media to encourage rioting may be arrested and prosecuted.