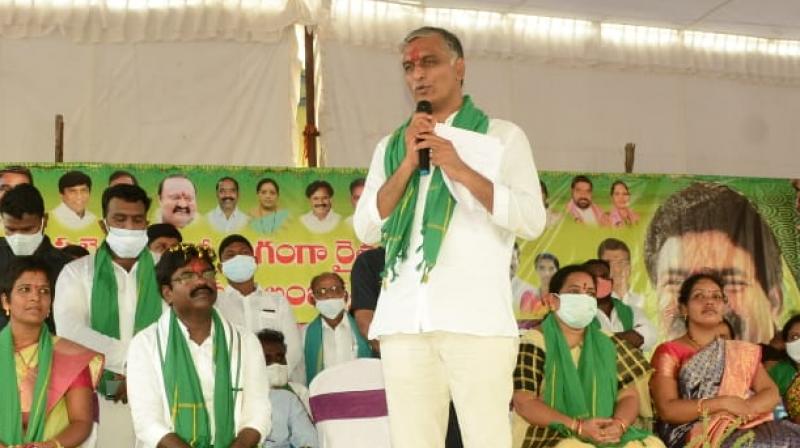 The appointment of A. Revanth Reddy, who is known to be a close aide of Naidu, as TPCC chief is a clear indication of Naidu's attempts to re-enter Telangana politics, Harish Rao said while addressing a public meeting at Bejjanki mandal in Siddipet district.

He participated in a bike rally organised by TRS youth wing and launched a slew of development programmes in the mandal.

He cautioned the people that it would be Naidu’s rule in Telangana if Congress returns to power.

"TRS is giving money to farmers in the name of Rythu Bandhu. But the BJP government at the Centre is snatching this away by increasing prices of diesel, petrol and all essential commodities," he said.