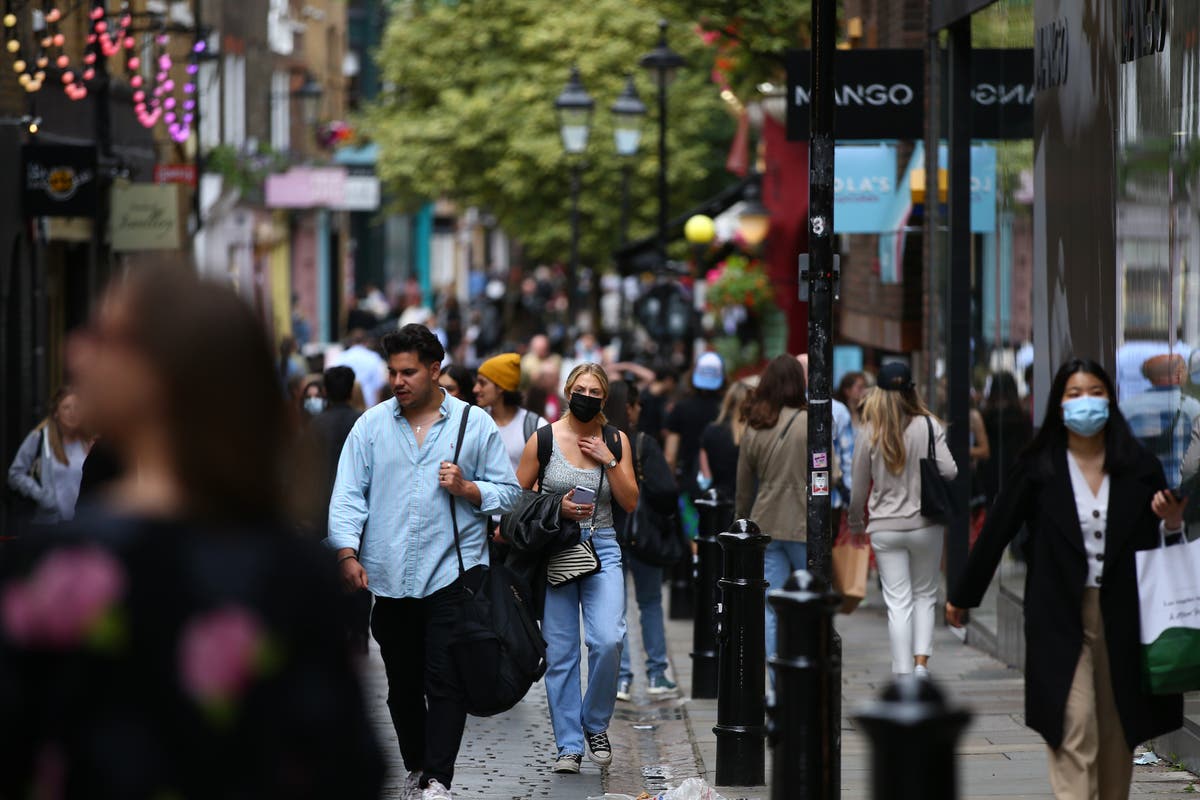 Retail sales grew at a record pace in the past three months as lockdown restrictions eased and shoppers returned to high streets, according to the latest industry data.

The research also indicated that the recovery gathered further pace in June, which saw a 13.1 per cent increase in spending.

Curbs on overseas travel meant that many people spent more on “staycations” at home or used money they would have spent on holiday for other purchases, the BRC said.

BRC chief executive Helen Dickinson said sales had been boosted by growing confidence and the “continued unleashing” of consumer demand.

“The second quarter of 2021 saw exceptional growth as the gradual unlocking of the UK economy encouraged a release of pent-up demand built up over previous lockdowns,” Ms Dickinson said.

“Fashion and footwear did well while the sun was out in the first half of June, while the start of Euro 2020 provided a boost for TVs, snack food and beer.”

Non-food stores, such as fashion and homeware retail, saw like-for-like sales jump by 47 per cent during the most recent quarter while food sales were up 7.9 per cent.

The data came as Boris Johnson confirmed that lockdown measures will end on 19 July but warned that “we cannot simply revert to life as it was before Covid”.

While retailers are expected to see a further boost in coming months as households spend savings they have accumulated during the pandemic, analysts warned that the sector still faces major problems.

Paul Martin, UK head of retail at KPMG, said: “Retailers are facing challenges on a number of fronts, particularly convincing consumers that it’s safe to shop in store as restrictions around mask wearing and social distancing come to an end.

“With travel now looking to be back on the agenda for summer and government Covid-19 support packages slowly coming to an end, retailers will be hoping that the feel-good factor from Euro 2020 and lifting of Covid restrictions will give the high street the summer boost it needs.”

Spending in pubs was particularly strong, rising 38.1 per cent.

Raheel Ahmed, head of consumer products at Barclaycard, said: “June saw Brits flock back to pubs, bars and beer gardens to watch the football and tennis on the big screens, as the heatwave early in the month encouraged many of us to get out in the sunshine and socialise.

“The start of the Olympics and the expected easing of restrictions later this month should continue to lift spirits and provide more opportunities for get-togethers, whether that’s a weekend break, a meal out or to celebrate sporting victories.

“It’s great to see Brits making up for lost time over the past year.”